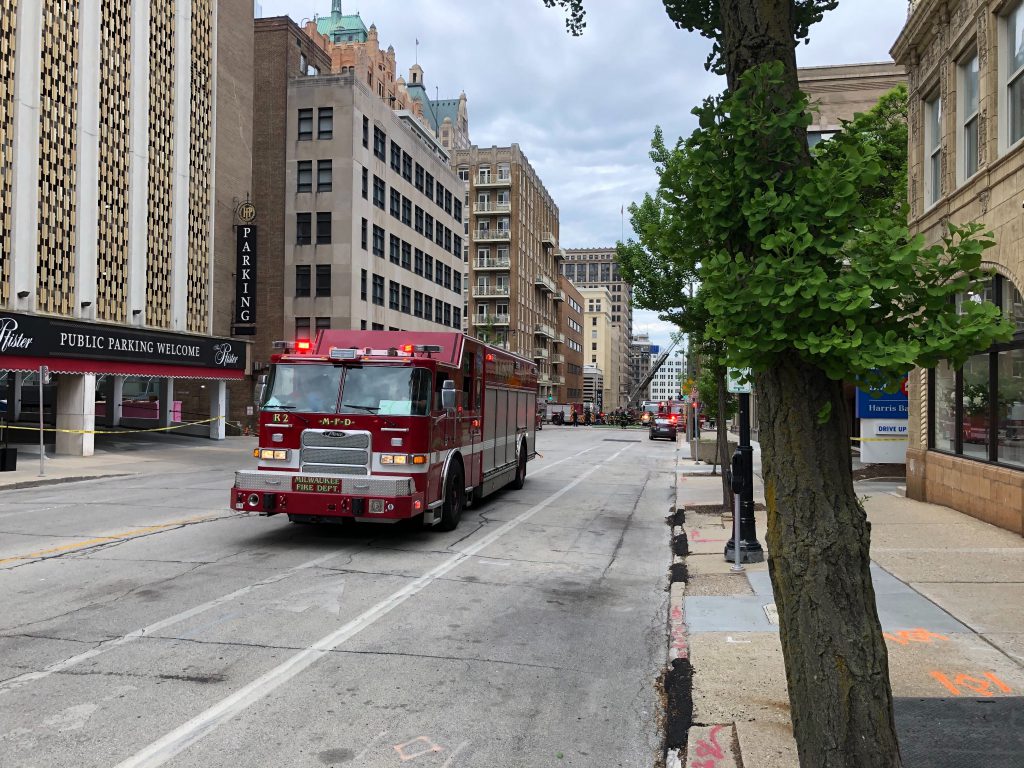 Local governments across Wisconsin will lose about $400 million in revenues this year because of the COVID-19 pandemic – losses that can’t be made up with emergency-relief dollars from Washington or Madison, according to the League of Wisconsin Municipalities (LWM).

*The City of Janesville reported to LWM that its projected losses in unreimbursed EMS costs this year will total $847,800.

Wisconsin’s three municipalities with more than 500,000 population qualified for both federal and state COVID-19 aid, according to the Legislative Fiscal Bureau: City of Milwaukee, a total of $126 million; Milwaukee County, $77 million, and Dane County, $103 million.

On May 27, Gov. Tony Evers announced “Routes to Recovery” grants that total $190 million to local governments, drawing down $1.9 billion in federal COVID-19 aid the governor controlled.

But local governments cannot use that $190 million to make up lost revenues, said LWM Executive Director Jerry Deschane. “We appreciate the ($190 million), but that’s not where the real hole is,” he said. “Lost revenue is the far bigger problem.”

Wisconsin cities and villages get about one-third of their budgets from sources like room taxes, fines and forfeitures, parking fees, EMS reimbursements, licensing fees and other programs, Deschane said. Municipal water utilities serve both businesses and homes.

And, even if Routes to Recovery cash from state government could be used to offset revenue losses, it would not be enough, Deschane added in a WisconsinEye interview.

For example, although Brookfield estimated its room tax revenue losses at $2.5 million this year, it will get $649,505 in Routes to Recovery cash. The Madison suburb of Middleton projected losing $1.4 million in room taxes, but it is in line for $336,472 from Routes to Recovery.

EMS systems statewide stopped being reimbursed by Medicare for transports to hospitals, which shut down for all but “emergency, dire” cases because of the pandemic, he noted.

When it announced Routes to Recovery grants, the Evers Administration said the $190 million could be used for “unbudgeted expenses” caused by COVID-19 and specifically for:

*Purchasing personal protection equipment (PPE). Every EMS worker wears about $25 worth of PPE on each call, Deschane said.

*Family Medical Leave Act and sick leave for public health and safety employees. If an EMS worker has been exposed to someone with COVID-19, they must quarantine — with pay — for 14 days, Deschane noted.

Deschane acknowledged that businesses that closed, and workers who lost their jobs, also lost income. But, he added, local governments operate critical infrastructure services like sewers and water systems; police, fire and EMS departments, and street repair and maintenance. “These essential services have to go on.”

If COVID-19 revenue losses continue, local governments will have no choice but furloughing employees and cutting services, Deschane said.

Wisconsin law does not allow local governments to file for bankruptcy. Local governments can dissolve, but state officials have never let that happen because it would “blow up municipal finance,” Deschane said.

“Wisconsin has a reputation as having very high quality services,” he said. “The Legislature, the governor – they value that.”

Local government leaders also won’t pick a “political fight” in the Capitol by asking that state-imposed limits on their 2021 property tax levies be removed, he said.

Instead, local governments need federal aid to keep paying COVID-19 bills, Deschane said. “There has to be a federal backstop for that revenue loss.”

One thought on “The State of Politics: Local Governments Face Huge Revenue Losses”