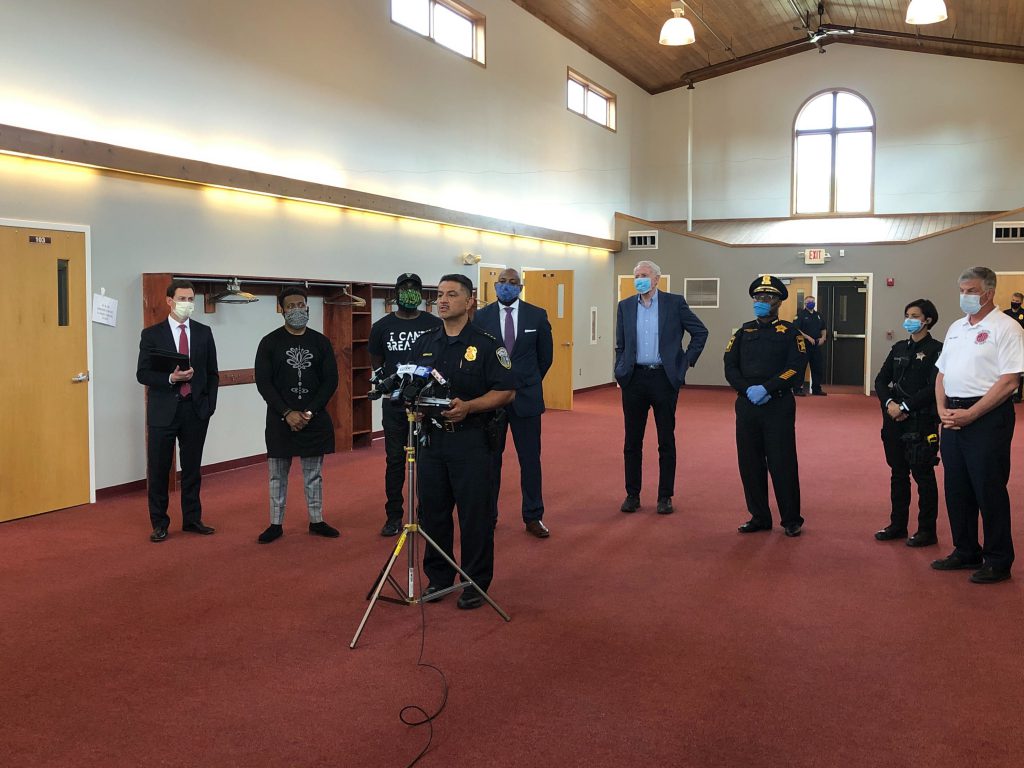 Six members of the Milwaukee Common Council have released a statement asking for citizen input regarding the performance of Milwaukee Police Chief Alfonso Morales.

The statement, signed by alders Milele A. Coggs, Nikiya Dodd, Chantia Lewis, Russell W. Stamper, II, Ashanti Hamilton and Khalif Rainey, references the decision making by Morales in how the Milwaukee Police Department has handled the ongoing protests over the killing of George Floyd at the hands of Minneapolis police:

“The Chief’s management style and decision-making have been apparent during the past week, which has seen protests and civil unrest erupt… Police have used tear gas, flash-bang devices and employed unique traffic and crowd control measures during these past several days. Police have also made numerous arrests for various offenses.”

Their tactics have drawn increasing criticism, most recently by Mayor Tom Barrett, who has called on police to make changes, asking them to stop using rubber bullets and reduce the use of tear gas.

This came after the ACLU of Wisconsin condemned the police for overreacting to the protests with tear gas and rubber bullets, and for “violent and militant tactics against demonstrators, most of whom were peacefully exercising their First Amendment right to protest.” Milwaukee County Supervisor Ryan Clancy, who was himself arrested, blasted police for “brutal” and violent responses to protesters for breaking the city’s curfew.

Morales has defended his department’s tactics, saying police officers have been attacked. “It’s very, very easy to jump on the bandwagon and say Milwaukee can do better,” Morales said at a recent news conference. “Shame on them. That’s an easy narrative.” Assistant chief Michael Brunson also defended the department in a meeting with city officials on Friday.

But Alderwomen Lewis, who is the vice chair of the city’s Public Safety and Health Committee, chastised Morales, telling Wisconsin Public Radio that while police chiefs across the country have joined in on the protests, Morales has taken a more divisive tone. “When you have officers in riot gear that incites negative activity,” Lewis said. “How about protect other things instead of just protecting police stations?”

Common Council President Cavalier Johnson told Urban Milwaukee he’d like to see the police reach out more to the community, to be willing “to discuss their strategies and engage with community in times of unrest” and allow the community a chance “to interact with the police.”

The Public Safety and Health Committee will do a performance review of Morales later this month, and urged citizens to share their opinions on this.

“We strongly encourage residents to reach out to members of the Fire and Police Commission, who are the oversight body for Chief Morales and the MPD, to let them know about any issues, questions or concerns they have regarding Chief Morales,” the statement said. “Whether they are concerns about the conduct of MPD officers, the overall policing strategy of the department, or what needs to be improved or could be done better – the voice and input of citizens is critical and is needed now more than ever.”

The statement urged interested citizens to go to the FPC website “and reach out to the members of the Commission via email so that they can receive observations and information from the public that can help them in their review of Chief Morales.” The deadline for any opinions or statements to the FPC on this is June 12.

The community group Leaders Igniting Change has written a blistering letter to the FPC with a broad-ranging critique of Morales noting the department’s nearly $300 million budget and charging that “Black and Brown residents of Milwaukee are literally paying for Chief Morales’ officers to target people of color with racist practices and non-consequential behavior, thereby funding their oppression, with their own tax dollars and lives.”

And political consultant and former radio personality Sherwin Hughes has started a petition calling for Morales’ removal from office.

Morales was served in his position since February 2018, when he was hired as interim chief to complete the contract of retiring chief Edward A. Flynn, In December 2019 the Fire and Police Commission approved a new four-term of office for Morales as permanent chief.

6 thoughts on “Back in the News: Is Chief Morales Doing a Good Job?”