From Manitowoc to Marinette, Sun Prairie to Superior, demands of justice for George Floyd, police reform.

By Will Cushman, WisContext - Jun 6th, 2020 01:27 pm
Get a daily rundown of the top stories on Urban Milwaukee 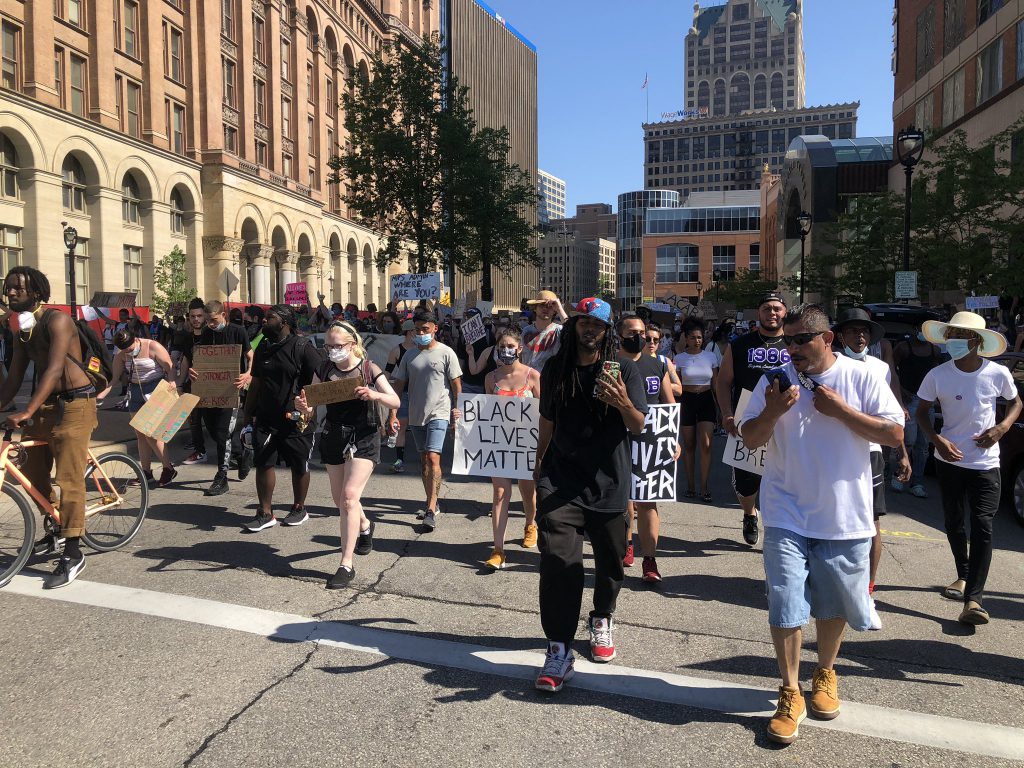 More than two dozen Wisconsin communities have witnessed demonstrations demanding greater accountability for police over the week since Minneapolis police officers killed George Floyd on May 25. It was the latest in a long series of high-profile deaths of black Americans perpetrated by members of law enforcement, and sparked vigils, protests and riots across the United States.

In Wisconsin, peaceful protests in the state’s biggest cities continue to draw attention, as large groups of demonstrators have assembled in public spaces and voiced their anguish in Milwaukee, Madison, Green Bay, Racine and Waukesha. Meanwhile, a much smaller number of rioters have looted and destroyed property while clashing with police on multiple nights in Madison, Milwaukee, Green Bay and Racine, leading these and other communities to impose curfews.

Police accountability protesters have called for a broad set of changes at local and state levels, including firing racist police officers, demilitarizing law enforcement, shifting funding from police to public health and social services, and making greater investments in neighborhoods of color, among other demands.

More demonstrations are planned in communities around Wisconsin.

This article is updated with additional links to protests and vigils held in Wisconsin up through June 3, 2020.

Where Police Accountability Protests Have Been Held In Wisconsin was originally published on WisContext which produced the article in a partnership between Wisconsin Public Radio and PBS Wisconsin.