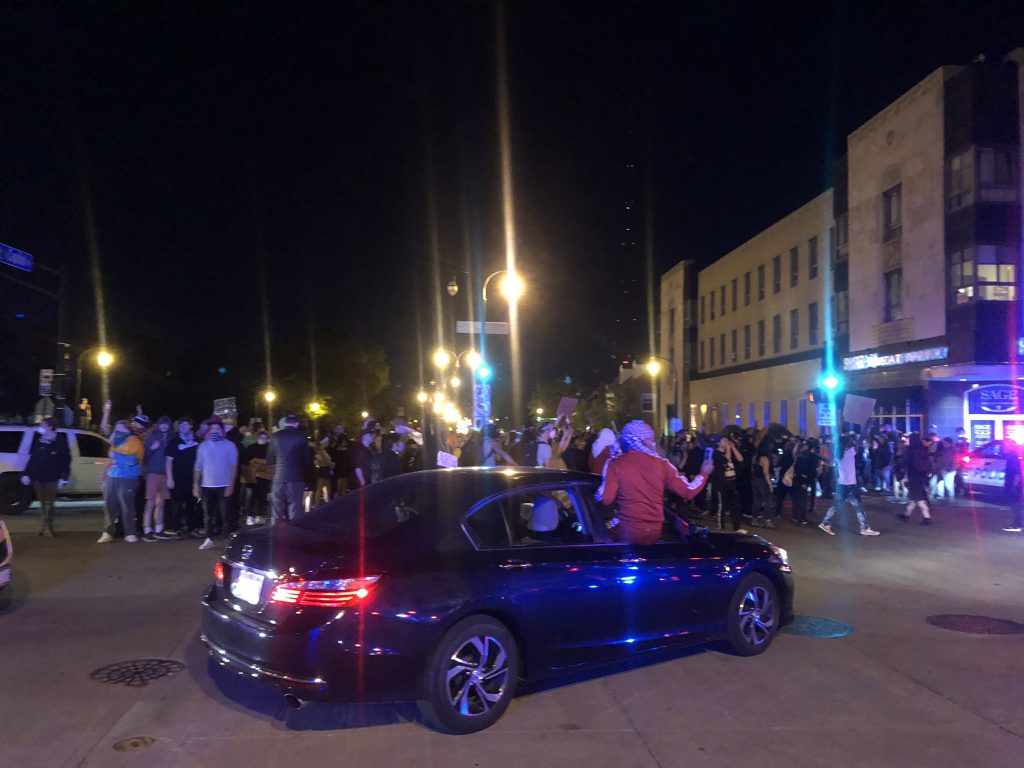 Milwaukee police chief Alfonso Morales revealed Tuesday afternoon that an altercation between a member of the car caravan following the pedestrian marchers and a Cambridge Woods resident resulted in the death of a dog on Monday evening.

Morales revealed the news to WTMJ’s John Mercure in a live interview on Tuesday.

“What is peaceful about a group of people marching last night at 11:00 p.m…when an individual from that crowd goes to a resident and shoots their dog?” said Morales on Tuesday.

The incident happened on the 3000 block of N. Bartlett Ave. near UW-Milwaukee. The march had made its way through the East Side and into a number of North Shore suburbs before ending at 3 a.m. when the police broke up the remaining marchers with spike strips and tear gas. The police had used spike strips, used to puncture tires, throughout the night to funnel the protesters.

The dog was shot by a member of the car caravan that was recklessly driving on the sidewalk following an interaction with its owner, said the Milwaukee Police Department. On Monday, Urban Milwaukee followed the pedestrian group for much of its march, but did see multiple drivers in the rear caravan drive on the sidewalk on N. Maryland Ave. near where the reported incident with the dog happened.

The dog was a 14-year-old German shepherd that was later euthanized, said the police department.

In a press conference Monday afternoon, Morales characterized the cars involved in the protests as potentially dangerous weapons — “4,000-pound bullets.” The city has suffered from a dramatic increase in reckless driving and collisions in recent years.

Acts of vandalism and looting have occurred each night away from the protest march. Morales said those committing those acts are not from out of town and are criminals that are taking advantage of the situation. “Those are our local problem people, if there was no reason to loot and riot they would still be involved in criminal activity,” he said. He expressed particular dismay that pharmacies and grocery stores were being attacked. “We are not saying economically challenged neighborhoods are going after the police, that’s not the case here.”

Morales characterized the overall situation as “tense and scary.”