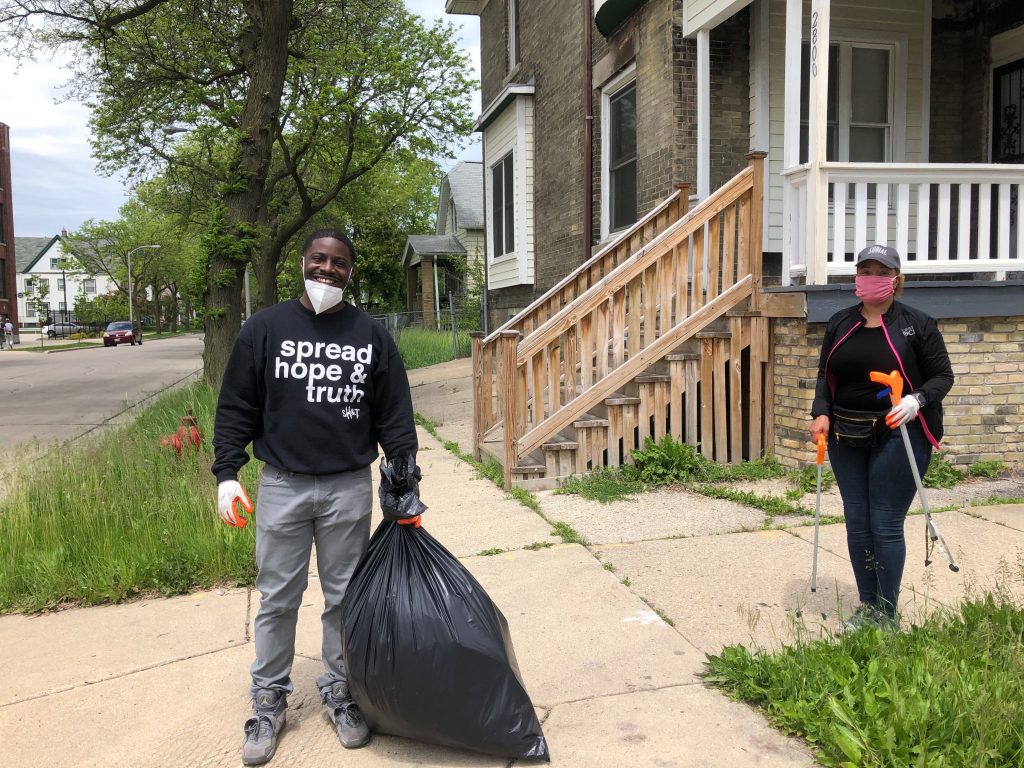 Milwaukee County Executive David Crowley carries a bag of garbage down the street during the June 1st cleanup. Photo by Jeramey Jannene.

King Drive business improvement district director Deshea Agee and Alderwoman Milele A. Coggs have a shared vision of making Martin Luther King Jr. Drive the best King Drive in the country, a hub for black-owned businesses and a vibrant and diverse urban area.

And if the hundreds of people that showed up to help clean up after a night of unrest are any indication, many in Milwaukee are rooting for them to succeed.

The intersection of N. Martin Luther King Jr. Dr. and W. Locust St., located in the city’s Harambee neighborhood, has become the de facto center of the George Floyd protests in Milwaukee, with vandalism of the adjacent Walgreens and a handful of other businesses occurring Friday night, a prayer march held there on Sunday afternoon and a protest vehicle caravan ending there Sunday night. And in the early hours of Monday morning police guarding the nearby district station engaged protesters with rubber bullets and tear gas.

A four-hour cleanup got underway at noon Monday, kicking off in the parking lot of Pete’s Fruit Market at 2323 N. Martin Luther King Jr. Organized by the Greater Milwaukee Foundation, Social X, WestCare, the King Drive BID and Bader Philanthropies, the sponsors provided volunteers with supplies, including gloves and bags, and dispatched small groups to targeted areas to pick up garbage.

Similar to a W. Burleigh St. cleanup on Sunday morning, there were far more people ready and willing to help than there was litter or debris from the protests. As a result, the groups were sent many blocks east and west to clean up residential side streets. Much of what the volunteers were cleaning up was garbage, broken glass and other debris that accumulated over the winter.

So why were they there?

“This is our city,” said Pamela Bell, city executive for Self-Help Credit Union. Bell was working with friends Tangela Wilson of the Milwaukee Urban League and Becky Wade, a teacher at Milwaukee College Prep.

“I think it shows that everyone can work together,” said Elijah Albrecht. “If we didn’t care about the protesters we wouldn’t have cleaned up their mess.”

“It shows we care about our community,” said Justus Klingman, who lives in the neighborhood.

Those in attendance ranged from elderly couples and parents with young children to politicians and activists.

Milwaukee County Executive David Crowley was there as was Assembly Representative Kalan Haywood. Crowley was later spotted hauling a full bag of trash down N. Vel R. Phillips Ave. many blocks from the gathering point.

Activist Vaun Mayes, who was on King Drive well after midnight videotaping police interactions with protesters, was also on site.

Alderwoman Coggs, who was greeting people as they arrived, said she thought attendance was strong because people are looking for ways to express support. 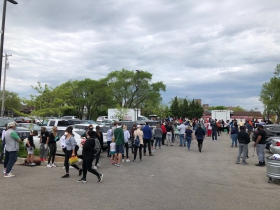 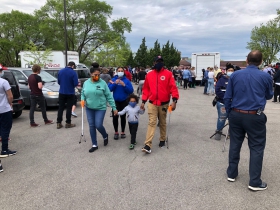 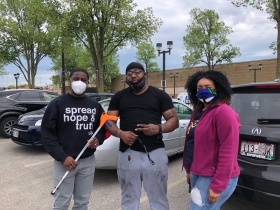 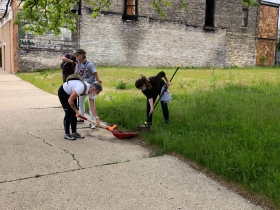 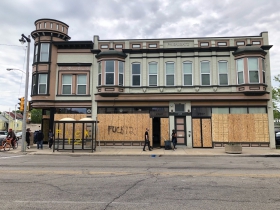 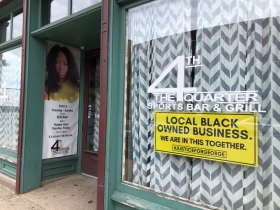