A tale of two marches, one with songs of unity, another with a standoff between marchers and dozens of police officers. 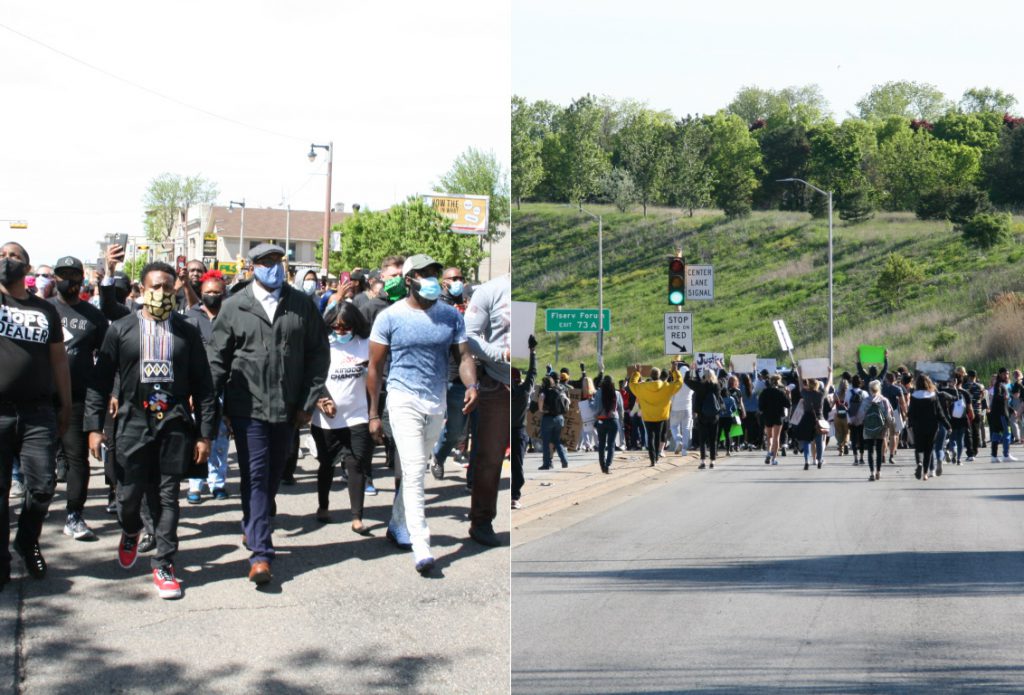 Milwaukee was a tale of two marches on Sunday afternoon.

Area faith leaders, including pastors Raymond Monk, Micaiah Young, Kenneth Lock II and Marcus Arrington, led a peaceful, conflict-free prayer march around Harambee at 3 p.m. Speaking of the police, following the death of George Floyd under the knee of a Minneapolis police officer, Lock said, “we are not angry at the group as a whole, we are angry at the system.”

The pastors led the group in prayer and song as several hundred people followed them in a loop that stretched from W. Locust St. to W. North Ave. Marchers included Jose Acevedo, the father of Joel Acevedo who was killed by a Milwaukee Police Department officer in April, King Drive business improvement district director Deshea Agee and Milwaukee office of violence prevention director Reggie Moore. State Representative David Bowen, who contracted COVID-19 in March, was spotted in the crowd after the event.

But after the group returned to N. Martin Luther King Jr. Dr. and W. Locust St., the pastors and a number of marchers departed. Lock and Frank Nitty, one of the leaders of the march Saturday, had a self-described “respectful” disagreement about Nitty’s intentions and what would come next, with Lock saying he didn’t want to see any violence. Nitty, in a speech in front of Mayor Tom Barrett‘s house Saturday night, had previously shared a message of peace.

Nitty and other leaders ultimately rallied several hundred people still in attendance and set off south towards Downtown before heading west on W. Center St. and south on N. 8th St. It appeared to be similar to the march Saturday that zigzagged across much of the city, ultimately covering over 12 miles.

But as the group approached W. North Ave. and the Interstate 43 freeway, over 50 individuals marched down the southbound ramp and the Milwaukee County Sheriff deputies staged nearby quickly closed the freeway in both directions. Sirens started blaring from every direction and dozens of police officers gathered atop the ramp with riot gear on and batons in hand. Other marchers called for friends to return, with the group standing at the bottom of the onramp slowly shrinking.

As the hundreds of people, dozens of whom were in motor vehicles, waited on the W. North Ave. bridge, more police continued to assemble.

After a widely varying series of chants from those atop, ranging from “black lives matter” to “no justice, no peace,” the protesters at the bottom of the on-ramp walked back up to cheers.

Some individuals, a number of whom didn’t appear to be previously in the march, yelled insults at the police including one particularly racially-charged slur at the Latino police officers present.

But Urban Milwaukee did not witness the Milwaukee County Sheriff deputies or MPD officers make any arrests at the time. Instead the protesters began marching east, towards Downtown, while police in squad cars and vans ultimately sent cars and trucks west. The standoff lasted approximately 20 minutes.

Other protests took place in Milwaukee Sunday afternoon into the evening, including one at Washington Park and one Downtown that would merge with the freeway group.

This article will be updated as more information becomes available. The city, for the second day in a row, is under a 9 p.m. curfew. 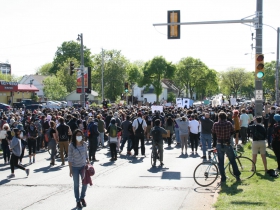 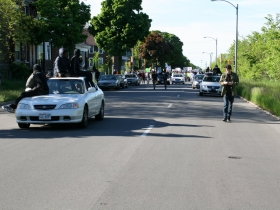 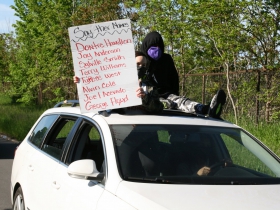 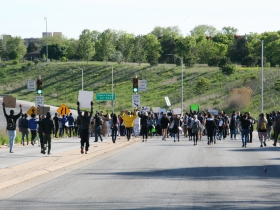 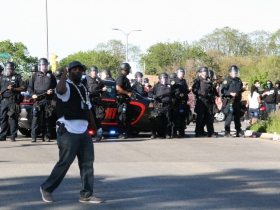 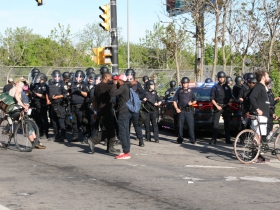 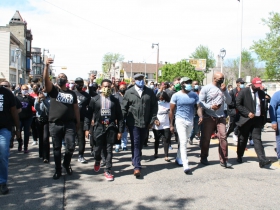 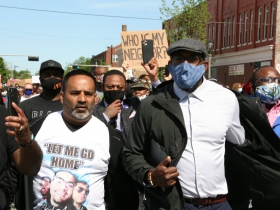 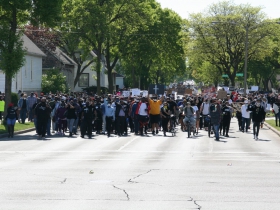 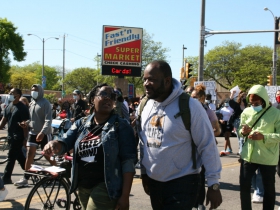 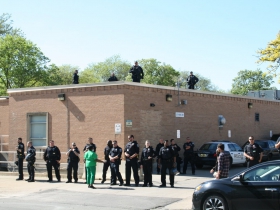 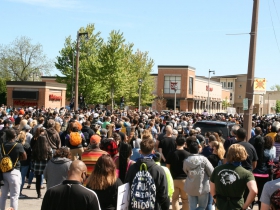