Milwaukeeans Show Up To Clean Up Streets

Residents come out to clean up northside streets affected by vandalism. 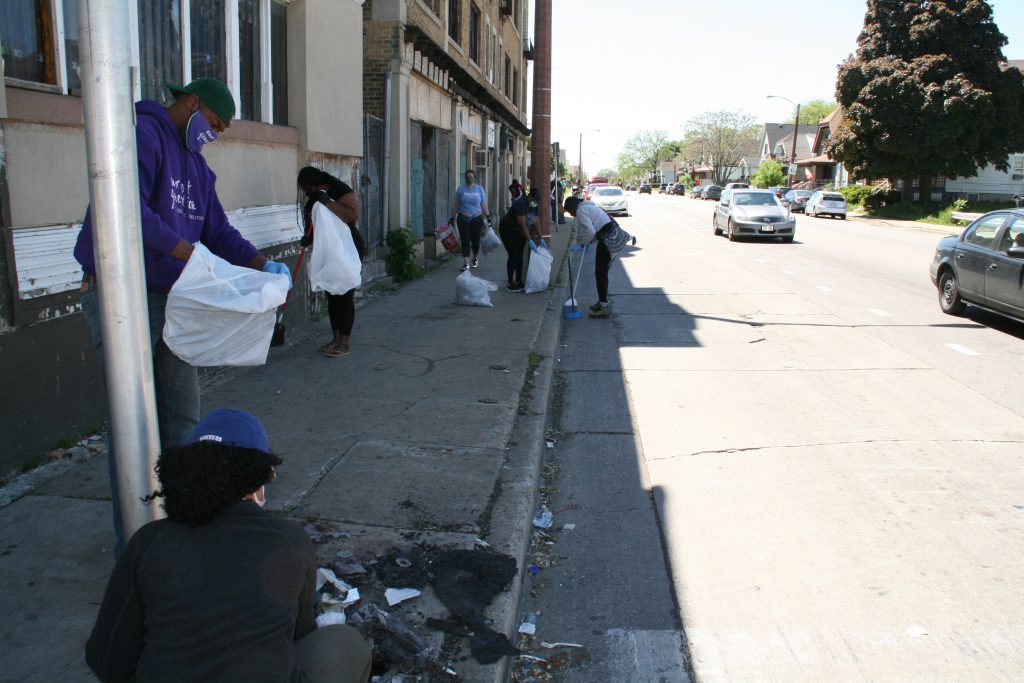 Milwaukeeans clean up the streets. Photo by Jeramey Jannene.

A number of north-side streets are cleaner than they were going into the weekend.

The cleanup comes after two days of protests in Milwaukee following the murder of George Floyd at the hands of a Minneapolis police officer.

A peaceful march of protestors traveled more than 12 miles Saturday, but after a 9:00 p.m. curfew went into effect Milwaukee Police Department officers deployed tear gas and used vehicles and horns to disperse crowds. Media accounts and march participants said they were different groups.

Operating in small groups Sunday morning, and almost universally wearing masks, people swept the parking lanes, sidewalks and nearby parking lots. Much of the debris they were cleaning up was not from protesters or vandalism, but instead litter and broken glass that had accumulated over the course of winter and spring.

The Milwaukee Police Department said 16 businesses were damaged Friday night, but has not released figures for Saturday night. The number of businesses identified via traditional media and social media channels appears to be fewer than that.

Business owners have expressed frustration with the damage, but support for the cause.

Urban Milwaukee spoke with Cricket Wireless store owner and hip hop artist Billboard Burn’em outside his store at 3531 W. Burleigh St. Three stores on the block, the Cricket store, an adjacent Boost Mobile store and a Jet Beauty store, were damaged Saturday night. A fourth store on the block, The Pasty Shop, was damaged Friday night. The Jet Beauty store was vandalized in the 2016 Sherman Park unrest.

Burn’em said it would cost $900 to replace the window damaged at his store, but he arrived on the scene last night and believes he prevented the store from being looted. “Ya’ll don’t come and smash my windows,” he said.

“We saw nothing but love out here, that’s what we doing. We peacefully protested 10 hours back to back,” said Burn’em in an interview outside his store, already open again. “The whole point of this is no violence to your community.”

Burn’em marched with the protesters yesterday for miles and said he doesn’t believe those in the march were those that committed the vandalism. “There was so much love yesterday,” he said. “You ain’t going to have someone that is marching during the day and throwing bricks at night.” 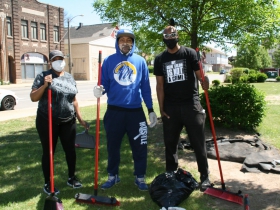 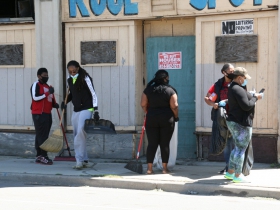 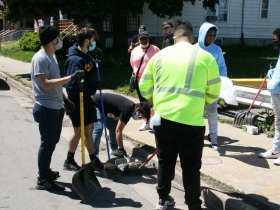 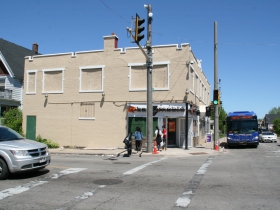 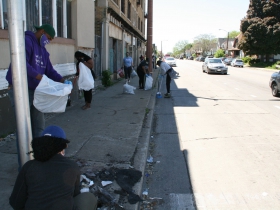 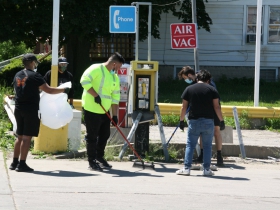