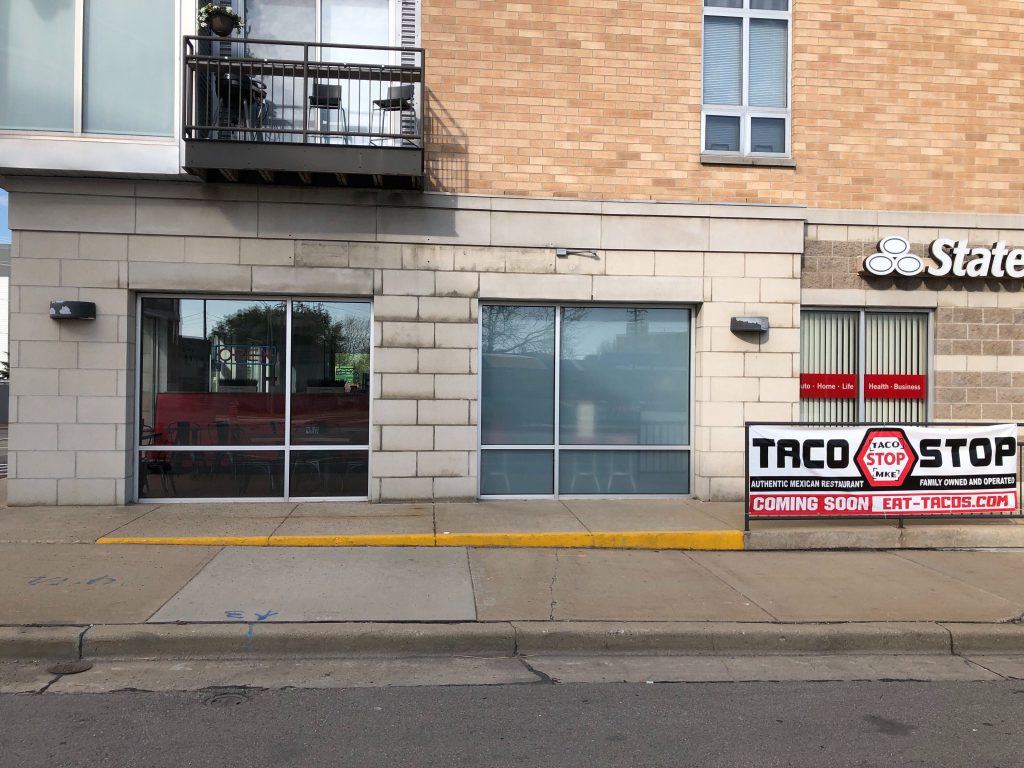 A new Mexican restaurant has opened in Bay View.

The restaurant’s grand opening is June 1, but according to a post on Facebook it is already open.

Taco Stop MKE opened at 2121 S. Kinnickinnic Ave. in a retail unit on the first floor of Bay View Commons, a condominium complex on the north end of Bay View. It’s owned by AJ Agiss, who did not respond to a request for comment by the time of publication.

This new location is Agiss’ first in the City of Milwaukee. He already has two suburban locations, one in South Milwaukee at 513 N. Chicago Ave. and another in Elm Grove at 12862 W. Bluemound Rd.

Taco Stop’s manifesto, written on its website, declares war against the boring Tex-Mex cuisine that has “butchered” authentic Mexican cuisine for “many years.”

Taco Stop wants to be a bright light, in this “‘non authentic’” darkness. “We felt it was time to stop faking it and bring the realness,” the website reads.

The Taco Stop recipes have been passed down through generations of a family from Veracruz, Mexico, the website says. These recipes include such dishes as Mom’s Secret Chicken Enchiladas, Authentic Mexican Tacos, Chilaquiles and Tamales Oaxequenos.

Even before the pandemic, Taco Stop’s main business was take-out, so the shift in business at the start of the shut down was “nothing new for us,” a Facebook post from the owners reads.

Taco Stop is taking over a retail space that was previously occupied by Fuji Poke. In January, Kevin Schmoldt, leader of the investment group that owns the retail units at Bay View Commons told Urban Milwaukee that Fusion Poke was having trouble with its Bay View location and decided to focus its efforts on its restaurant on Brady Street.

The new business was first announced in January.