Will occupy space most recently home to Fuji Poke. 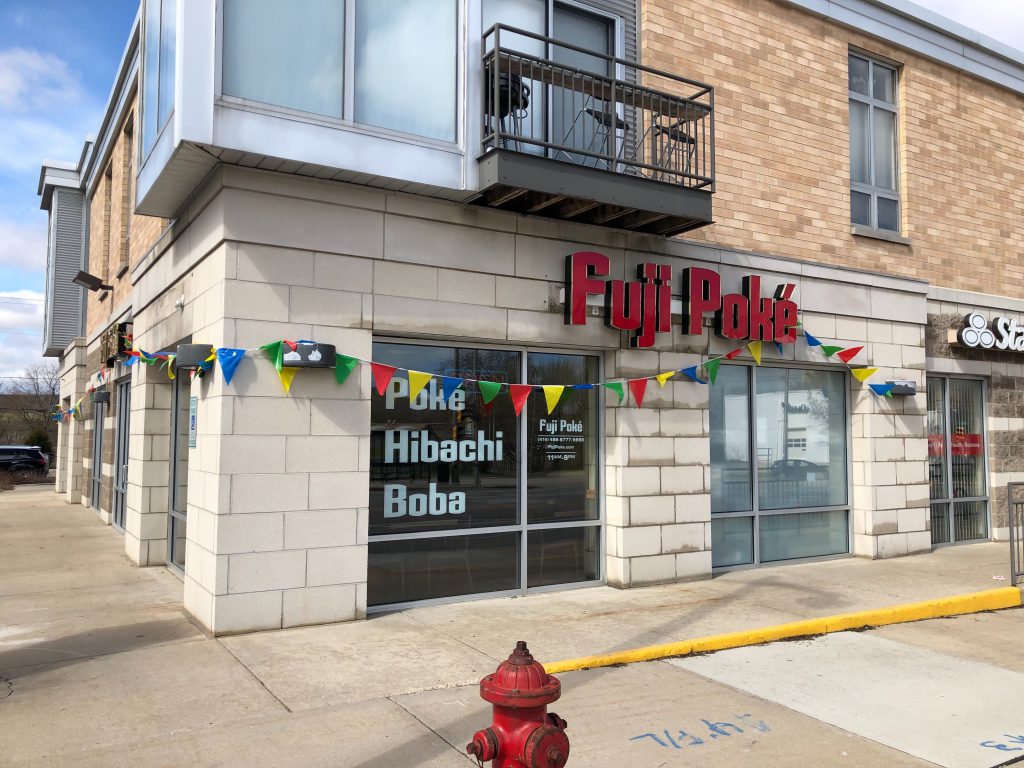 The restaurant will replace Fuji Poke, which lasted less than a year in the retail space at 2121 S. Kinnickinnic Ave. Before that the space was home to a Subway sandwich shop.

“Taco Stop MKE was built from a dream of bringing real authentic Mexican food to the masses, we felt our food has been butchered for many years of ‘non authentic’ or ‘tex mex food’ and we felt it was time to stop faking it and bring the realness of what Mexican cuisine is back to the people,” reads the restaurant’s website. An online menu boasts “Mom’s secret enchiladas,” authentic Mexican tacos, a one-and-a-half pound burrito, chilaquiles, tamales oaxaquenos and chimichangas.

The restaurant is owned and operated by AJ Agiss.

Fuji Poke in Bay View was operated by the owners of Japanese restaurant Fujiyama, which has locations in West Allis and Brookfield. The owners also operate Fuji Poke at 1426 E. Brady St.

Kevin Schmoldt, the leader of the investment group that owns the retail units at Bay View Commons, said the Fuji Poke owners disclosed that the restaurant was having challenges with its Bay View location and the company wanted to focus its efforts on its Brady Street location. “It was a textbook example of effective communication between a tenant and landlord resulting in a favorable outcome for everyone,” said Schmoldt via email in December.

The property owner, who works as a broker at Knight Newmark Frank, said there was a high level of interest in the space due to the high amount of activity going on in the neighborhood. New Land Enterprises is developing the KinetiK apartment building across the street with Flour & Feed food hall on the first floor.

Signs on the window boast that the new restaurant is “coming soon,” but according to city records, the owners of Taco Stop have yet to apply for a food dealer or liquor license.