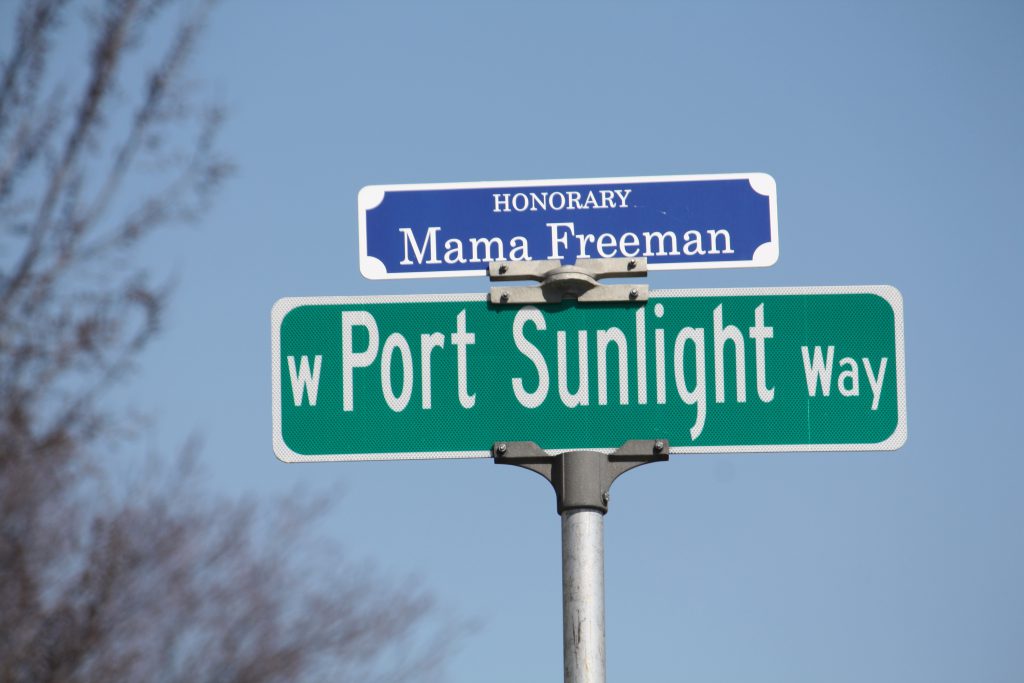 Milwaukee streets have been named to honor people since the founding of the city in 1835. Solomon Juneau named streets for Thomas Jefferson, Andrew Jackson, John Marshall, and others for their accomplishments. George Walker named an avenue in Walker’s Point for George Washington.

Over the years, not just national figures have been so memorialized. Local people have been honored for their service to the community, including Juneau himself when Division Street was changed to Juneau Avenue in 1885. Streets have been named for the city’s other founders, Byron Kilbourn and George Walker, as well as for mayors, alderpersons, businessmen and other community leaders.

Currently, there are people having a positive impact on neighborhoods throughout the city. But there are relatively few new streets to be named and changing the names of current streets is expensive and confusing. So how can more recent community leaders be recognized on street name signs?

The city’s answer is honorary street names. Streets do not need to be renamed; they can just have an additional name. Or, more accurately, a section of a thoroughfare can have a second name. In a program that began in 2005, portions of 25 streets have been given supplemental names.

The honorary street signs are blue with white lettering and are attached to the official street name sign of green with white lettering. The word “Honorary” is at the top of the blue sign, with the name of the person being honored beneath it. The signs have no designation of street, avenue, drive, etc. The honorary name cannot be used as an official address or for any legal purpose.

There were three people honored in the first year of the program. The first was Dr. R. E. McCrory, whose signs appear on W. Highland Boulevard at N. 27th and N. 29th streets. He was the African American pastor of St. Luke Baptist Church on the boulevard. His selection, and that of the many black residents that followed, fulfilled the city policy that “priority shall be given to names reflecting the city’s cultural diversity and the contributions of groups underrepresented in the existing nomenclature.”

Nearly half of those subsequently honored have been religious leaders in the black community who have worked to improve the health and education of residents and helped to implement a variety of social programs to aid the local population.

The second honorary street name signs to be installed were on W. North Avenue between N. Dr. Martin Luther King Jr. Drive and N. 7th Street and were imprinted with the name of Dr. James Cameron. In 1930, Cameron survived an attempted lynching when he was a 16-year-old in Marion, Indiana. This experience led him to his life-long battle for civil rights. He moved to Milwaukee where he founded America’s Black Holocaust Museum, which is located on N. Vel R. Phillips and W. North avenues.

The third set of honorary signs from the initial year of the program carry the name of Antoine L. Taylor, who was killed when someone fired a shot into a crowd. Taylor was 23 years old and is the only crime victim to have an honorary street sign. The signs are on N. Vel R. Phillips Avenue at W. Melvina Street and W. Capitol Place. The city’s policy was amended, shortly after the application for Taylor’s sign was approved, to prohibit honorary street signs for crime victims, presumably because their numbers could overload the system.

Among others honored were Harry Kemp, a photographer who chronicled black Milwaukee for many years as an employee of the city’s African American newspapers, and Dr. Lester Carter, a pharmacist who was believed to be the only black drugstore owner in the city.

Kevin Pittman was selected because of the good example that he set for his neighbors while suffering through the cancer that took his life at the age of 23. Martha “Mama” Freeman has helped her neighbors in good times and bad for many years in the Garden Homes area, where signs were placed as a tribute to her.

Three of the recipients were white. One was a Lutheran pastor and civil rights activist, Joseph Ellwanger, the only white person to be included in Dr. Martin Luther King’s strategy meetings. Michelle M. Witmer was the first female member of the Wisconsin National Guard to be killed in combat while she was serving during Operation Iraqi Freedom in 2004. The only honorary street name signs on the South Side are at W. Virginia Street at S. 6th and S. 9th streets. They are a tribute to Mae Elizabeth Dey, who was Milwaukee’s first female Custom House broker.

The most recent memorial signs were installed this year on W. North Avenue with the name of Don Sykes. One sign was put up at N. 17th Street, the site of the Social Development Commission, the city’s largest anti-poverty agency, which Sykes led for 20 years. The other was mounted at N. 27th Street where Employ Milwaukee is located. Sykes was president of that organization from 2007 to 2014. He died in 2017 at age 80.

The typical cost of a successful application for honorary street signs is $300. It includes the $100 fee required with the application, and $200 for two city-fabricated signs and installation, one at each end of the section of the street covered. 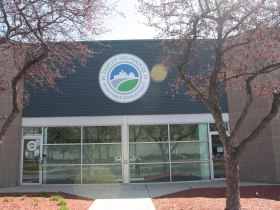 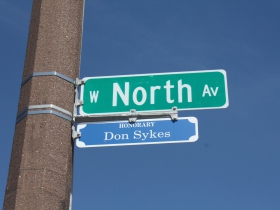 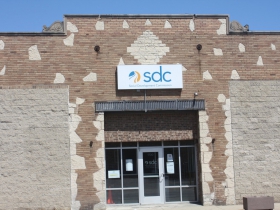 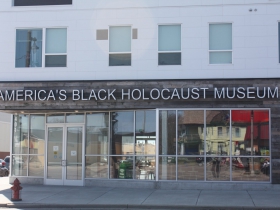 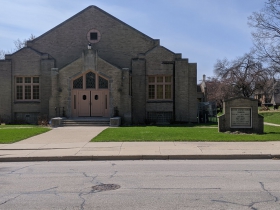 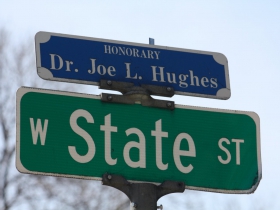