Called Sorella, whose owners are industry veterans who plan on southern Italian fare. 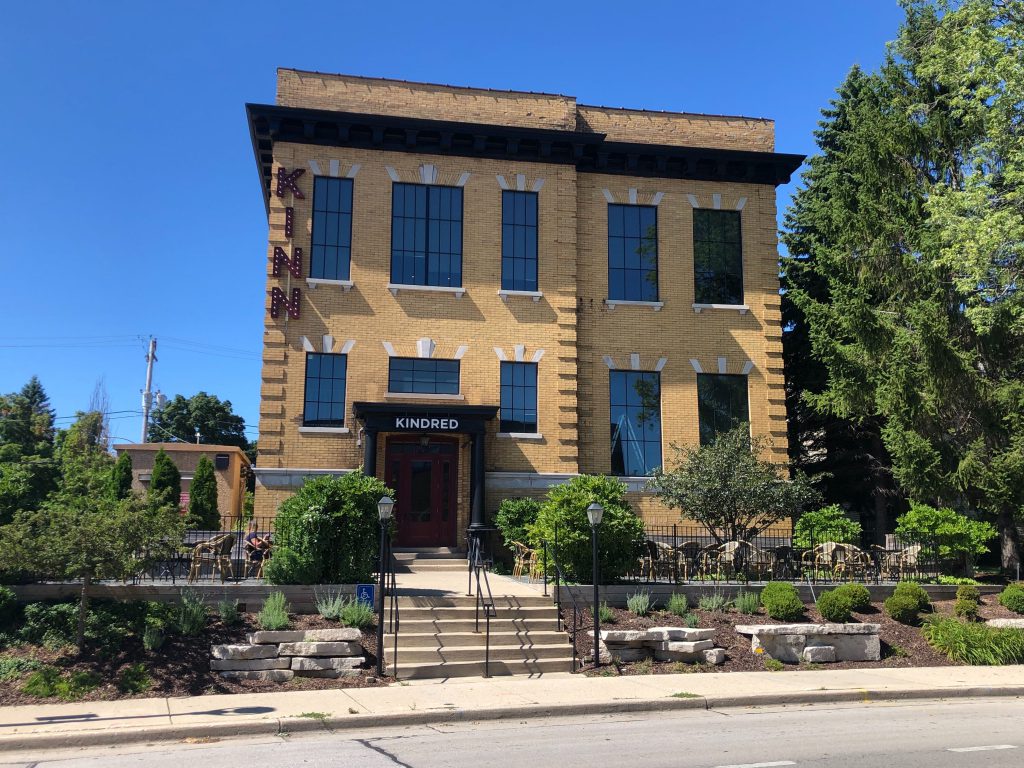 In Bay View, two veterans of the restaurant industry have plans to open an Italian restaurant at 2535 S. Kinnickinnic Ave.

It’s called Sorella and will serve classic southern Italian dishes. The co-owners for the new restaurant both worked with the Glass + Griddle restaurant: Kyle Toner was executive chef, and Paul Damora the general manager.

Sorella will be on the first floor of the boutique Kinn Hotel, which was formerly the restaurant Kindred on KK. Kindred closed in August 2019; the owners said they didn’t have enough customers to support the business.

Both men come from New Jersey, Toner from Passaic and Damora from Bloomfield. Sorella seems personal for them because they both are Italian and cooking and meals were major parts of growing up for them. In their application to the city for a business license, they included a passage describing their backgrounds.

Toner said he “found his calling” at the family dinner table. He started in restaurants as a teenager, and has bopped around different cooking gigs at highly esteemed restaurants in New York City, New Jersey, and Milwaukee ever since. In Milwaukee, he was Executive Chef at the now defunct Wolf Peach. But Sorella, he said, is something he’s been “working toward for the better part of a decade” — his own place where he can cook his “deepest cooking love, the southern italian food of my upbringing.”

For Damora, Sorella’s roots also seem to reach back to his childhood in New Jersey. Damora spoke of “sunday gravy,” a slow-simmered marinara sauce made by his Grandma Carmella, he said. And Damora’s uncle owned an Italian restaurant. Between Sundays and “busy nights” at the restaurant, Damora said he “grew up immersed in New Jersey Italian cooking.”

Damora went on to work in a Morton’s The Steakhouse, rising through the ranks to become general manager. After moving to Milwaukee, he worked for Levy Restaurants as the Assistant Director of Operations at the Bradley Center.

It features five pizzas and Toner is well known as the guy that mastered the wood fired oven making pizzas at Wolf Peach. There’s an anchovy pizza with capers and olives called Marinara Napoletana. And another called Arrabiatta with bacon, green chiles, garlic, oregano and pecorino cheese.

There’s also a number of vegetable dishes and antipastos. For brevity, we’ll stick to the pastas, meat and fish.

The four pastas include a lasagna, a Ricotta Gnocchi with zucchini and marjoram, a neapolitan pasta called Paccheri alla Genovese, which has a sauce made of onions and beef simmered with herbs and vegetables, and Spaghetti Pummarola, with a tomato based sauce.

The meat dishes include suckling pig, which is a piglet, often roasted whole, Veal Breast Marsala, a Big Steak with salsa verde and a roasted half chicken.

For fish the menu features Whole Trout with saltimbocca and spinach and Skate Wing with capers, olives and arugula.

One thought on “Dining: Bay View Getting New Italian Restaurant”