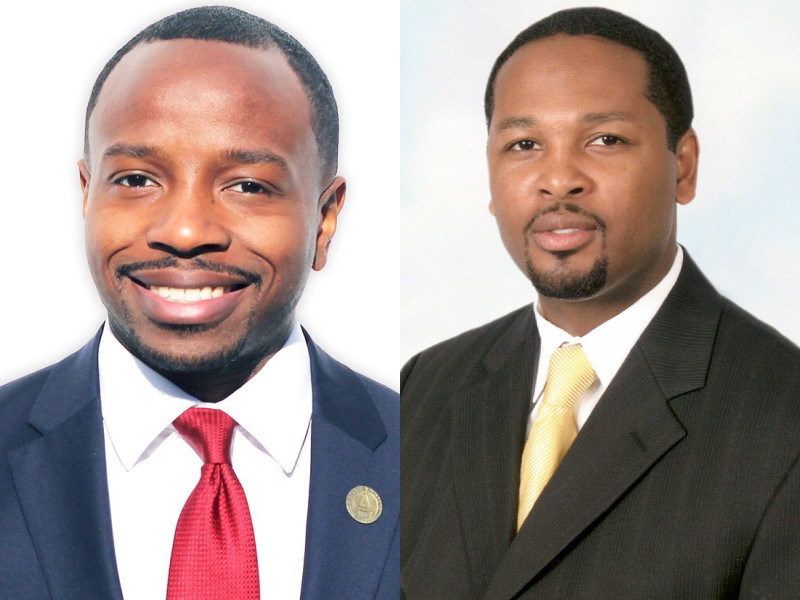 It was back in November of 2018 that alderman and then-Common Council President Ashanti Hamilton opened a campaign account to run for mayor of Milwaukee. That started the downward momentum which led to him losing his position of council president.

The assumption was that Hamilton wouldn’t run for reelection as alderman, which meant the president position would be up for grabs and by the spring of last year, or perhaps even earlier, Ald. Cavalier (Chevy) Johnson began talks with his fellow alders, letting them know he would be interested in the top council position. On the face of it, that seemed audacious, as he was midway in just his first term as an alderman. Two colleagues with more years on the council, Russell W. Stamper, II (elected in 2014) and Milele A. Coggs (elected 2008), also expressed interest in the post.

But Johnson didn’t let that stop him, as four different alderman and City Hall insiders told Urban Milwaukee. “Johnson quietly and strategically and skillfully reached out to people,” says one council member. “He’s been working people more than a year,” says another. Johnson also supported the aldermanic candidacies of JoCasta Zamarripa and Marina Dimitrijevic, both running in open seats they won, which helped lay the groundwork to ask for their support.

Meanwhile, Hamilton was playing the role of Hamlet, unable to make a decision. He did little to build momentum for a mayoral campaign, ultimately decided not to run and near the last minute filed nomination papers to run for alderman. Meanwhile he wasn’t working that hard as council president, some council members say.

“He wasn’t keeping people informed and connecting to council members,” says one.

“He had a very small clique he worked with,” says another “and his staff wasn’t that strong.”

“A key part of being council president is communication, having lines open to all the other members, whether or not they supported you [for president] in the first place,” says another, and Hamilton wasn’t doing this.

One anecdote suggests Hamilton’s lack of strategic intensity. Ald. Mark Borkowski, who had supported Hamilton for president in 2016 and served as chair of the Public Works Committee, was aware that Ald. Jose G. Perez was not happy, and advised Hamilton to appoint Perez the chair of Public Works, and Borkowski would step down. It was a magnanimous offer to help preserve Hamilton’s power and the council president didn’t act on it.

Clearly Hamilton didn’t think a newcomer like Johnson had a chance of defeating him. “Hamilton still can’t figure out how it happened,” another council member says.

Perhaps his key loss of support was downtown alderman Bob Bauman, who reportedly felt Hamilton wasn’t working hard enough as president, but the last straw came over a disagreement on the Wisconsin Center District. Bauman had come up with a proposal to force the district to contribute some of its hotel tax in order to get the city’s backing for a convention center expansion plan, and felt Hamilton took his idea and along with an aide to the mayor, negotiated an agreement that left too much room for the city to lose this payment.

After Hamilton and him went back and forth on this, Bauman declared “I’m done with this stupidity,” as Jeramey Jannene reported for Urban Milwaukee.

Bauman’s decision to back Johnson for the presidency gave the latter eight votes and Hamilton by last week came to the realization he couldn’t win, and announced he would back Coggs for the position. The strategy was that a female candidate might be able to attract the support of either Dimitrijevic or Zamarripa, the two new women joining the council. Except that Johnson got the support of both, and probably promised each of them a committee chair position, City Hall insiders assume.

The result was that Johnson won, with the support of the council’s two Hispanic council members and five of the six white members. Coggs was supported by every African American member save Johnson, and one white member, Borkowski.

The results, say some, could leave black council members deeply embittered with Johnson. Compounding the problem, the Coggs coalition argued the issue at a public meeting, laying bare the council’s divisions, as Urban Milwaukee reported.

“Four years on the council does not qualify any of us to be the president right now,” said Ald. Chantia Lewis, in an obvious slap at Johnson.

“What side of history will you be on is what I am asking all of my colleagues,” she added, in what seemed a call to the new women members to support a woman for president.

After the vote was taken, Hamilton poured fuel on the fire, saying “This is the first time that I’ve been on the council that we’ve had divided votes on either of these positions” and “there is a reason for that.” He declared a need for “rectifying what causes this division,” a clear challenge to Johnson.

“It was a shit show,” says one insider, of the divisive discussion.

But Ald. Michael Murphy, who has served on the council since 1989, longer than any member, says there have been other, equally divisive elections in the past and the council always got over them. And he adds that Johnson is up to the challenge of helping reunify the council.  “He’s a hard worker, willing to listen to people and hear all sides. I think he’s going to work hard to build a consensus.”

Says another longtime City Hall veteran: “Chevy is one of the two or three most impressive young leaders I’ve worked with in the last few decades.”

At least one observer has claimed that Nation Consulting helped get Johnson elected. Certainly, the group has clout with the council as they worked on the elections of Bauman, Perez and Zamarripa, who voted for Johnson, and Ald. Nikiya Dodd who supported Coggs. But Sachin Chheda of Nation Consulting says his company had “little impact” on the vote and all the council members I interviewed confirmed this.

Hamilton also declared were “major concerns about… the independence of the council,” presumably referencing the fact that Johnson served for some years as an aide to Mayor Tom Barrett. There’s no doubt Johnson will have to prove his independence, but it’s worth noting there didn’t seem to be much separation between Hamilton and the mayor over the last year or two.

More than likely many if not all of those council members who supported Coggs for president will lose their committee chair positions. Johnson probably made promises to many of his supporters. Which means there are more hurt feelings to come. If Johnson is to be more than a one-term president, as Hamilton and Murphy (president from 2014-2016) were before him, he will need to adroitly handle such challenges — and keep his eye on potential challengers.