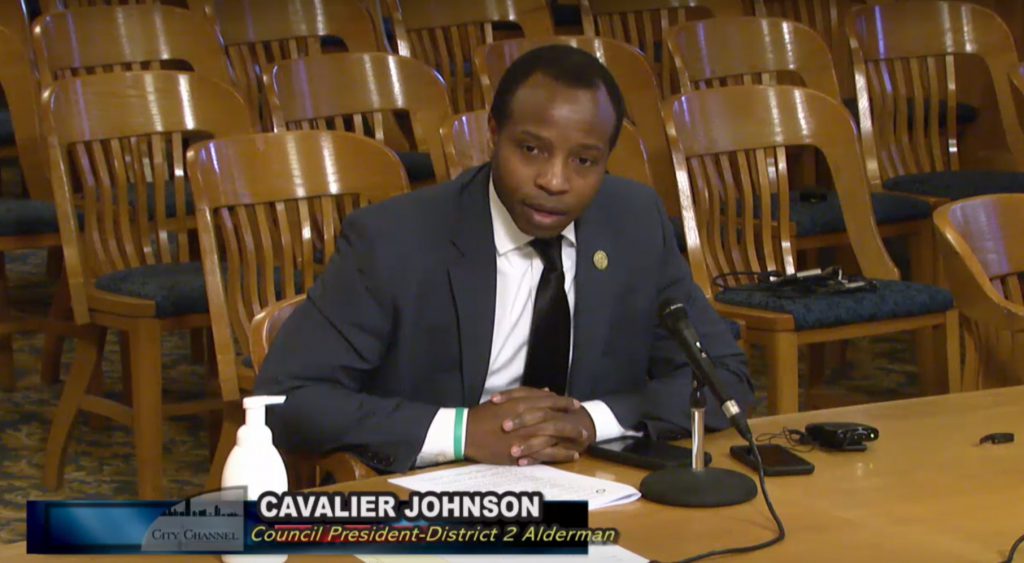 By a single vote, Alderman Cavalier Johnson has been elected Common Council President.

The 15-member council typically picks its leader behind closed doors and officially votes unanimously, but Tuesday morning the sausage-making spilled into public view.

Johnson, first elected in 2016, replaces Ald. Ashanti Hamilton who had won a narrow election to the post in 2016.

The position grants a pay bump from $73,222 to $82,749, additional office staff and the power to unilaterally dole out committee assignments, including powerful chairmanships. The president also serves as the acting mayor in the event of a mayoral resignation and often serves as the public face of the council at events and during negotiations.

Hamilton officially bowed out of the race publicly over the weekend, endorsing his ally Alderwoman Milele A. Coggs. “With a historic number of women on the council it would be appropriate that the face of the council be a dynamic experienced female leader,” wrote Hamilton of Coggs and the five female members

“I ask that your votes today be based on experience and who is equipped to lead us through the next four years,” said Coggs, who has been on the council since 2008.

She was backed in floor speeches by council members Chantia Lewis and Nikiya Dodd.

“For me, I am looking at this for leadership qualities, and not for ambition and not what’s coming next,” said Lewis. “Four years on the council does not qualify any of us to be the president right now.” Johnson and Lewis were first elected in 2016.

“What side of history will you be on is what I am asking all of my colleagues. This is the moment you are going to be looked at and judged on going forward,” said Lewis. She praised Coggs, Hamilton and former Ald. Jim Bohl for serving as her mentors and called on her colleagues to do what was best for their constituents, not themselves.

“I’m not sure how we can have five women on the council, every last one of us has talked about the importance of supporting women… now is the time to put your money with your mouth is,” said Dodd.

But the arguments did not sway the two new female council members, JoCasta Zamarripa and Marina Dimitrijevic, both of whom were among eight council members participating remotely due to the COVID-19 pandemic.

Zamarripa nominated Johnson and praised his commitment to residents of his district, including her mother whose home was burglarized while she was in it. “I remember in the days and weeks following that incident, Chevy coming to her door. You can imagine how much that meant to her,” said Zamarripa. “I’ve strived to be that kind of elected official. I hope that I will be that kind of alderwoman going forward.”

After the vote was cast, Coggs was the first person to congratulate Johnson.

Johnson, a graduate of Bay View High School and UW-Madison, praised his colleagues and family for their support. “I appreciate members for giving me the opportunity to serve in this capacity. I am humbled by it, I am honored by it,” he said. He did not speak until more than an hour after the votes were cast and all of the council members had the chance to give floor speeches after being sworn in.

“My dream is that regardless of our differences, we recognize we have work to do and we must do it together,” he said.

Johnson, 33, and his wife Dominique have three children and live in the city’s Capitol Heights neighborhood. He previously worked as an aide for Mayor Tom Barrett and as a contract monitor and youth specialist for Milwaukee Area Workforce Investment Board.

Committee assignments had not been released at the time of publication.

Look for more on Johnson and his rise in city politics in a profile later today. 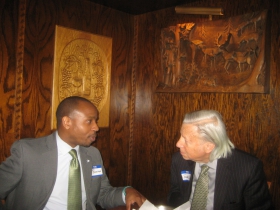 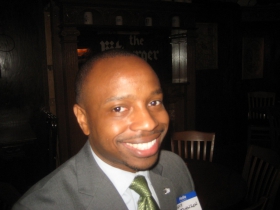 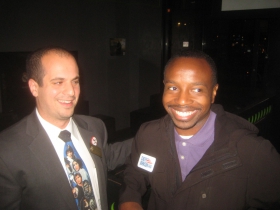 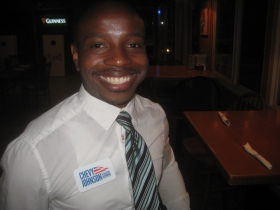 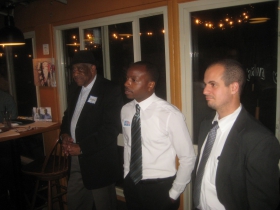 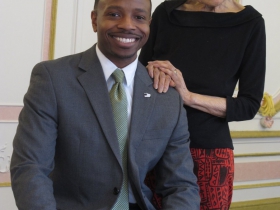