Derek Mosely improving after 8 days in ICU. "The most frightening experience of my life." 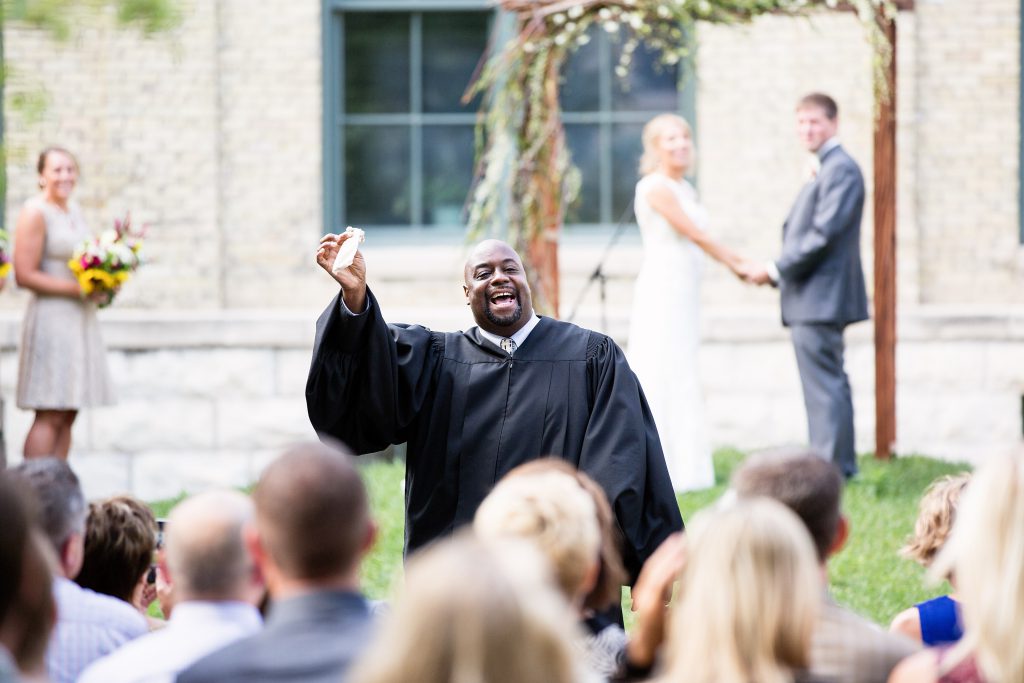 It’s rare to treat an announcement of a COVID-19 infection as good news, but that was the case Monday as Milwaukee Municipal Judge Derek Mosley announced he had contracted the disease, but was doing better.

Mosley, one of Milwaukee’s best-known and most-active social media users, was silent for the past two weeks. His last Facebook post, sharing a curbside to-go menu from Birch + Butcher restaurant with his over 5,000 friends and followers, was on March 24th.

“On March 27th, I tested positive for COVID-19 and was immediately placed on oxygen and admitted to the Medical ICU at Froedtert,” wrote Mosley. He said after eight days he was transferred from the intensive care unit to a COVID-19 floor and on April 5th was able to breathe on his own. “Although, I am still in the hospital, and not out of the woods yet, things are trending in the right direction.”

Mosley received a kidney transplant in 2016 and takes immunosuppressants as a result of the procedure, one of the many underlying health conditions that can make COVID-19 fatal.

The African-American judge is a well-known foodie, frequently sharing his latest meal out, and also authors a daily column every February during Black History Month to highlight influential black figures.

He’s also carved out a niche as one of Milwaukee’s best-known wedding officiants and has done hundreds of weddings, including one for this writer and his spouse.

“Thank you to everyone who texted, called, emailed, posted on social media and prayed. Although, I had no strength to respond to them all, just know they were a source of inspiration and hope,” wrote Mosley.

The judge lives on the city’s northwest side with his wife and two daughters in an area of the city with an especially large number of cases, particularly among African Americans.

Milwaukee’s municipal court is currently suspended through May 1st. Mosley was first appointed to his position in 2002 and has been re-elected many times since, most recently in 2019. He was the youngest African American judge in state history at 31 years old when he was first appointed.

On March 27th, I tested positive for Covid 19 and was immediately placed on oxygen and admitted to the Medical ICU at…

Mosley is not the only African-American political figure to test positive for the disease. City Attorney candidate Tearman Spencer announced Monday that he previously tested positive. State Assembly Representative David Bowen has also tested positive. Neither are currently hospitalized.