UPDATE: Barrett calls for election to be postponed or switched to mail-in only voting. 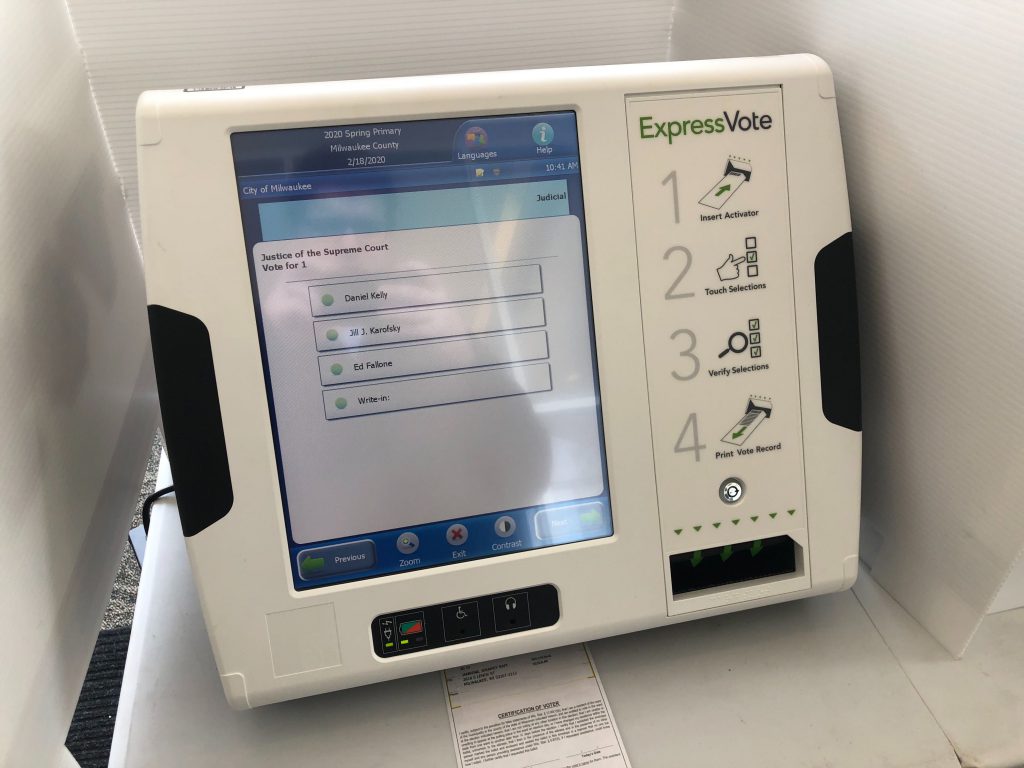 There is no more in-person early voting for the April 7th Spring Election in Milwaukee.

The Milwaukee Election Commission has suspended early voting in response to safety concerns regarding election workers. As of 2:30 p.m. Sunday there are 137 confirmed cases of COVID-19 in the city.

“Due to increased COVID-19 exposure risk, the Election Commission can no longer maintain sufficient staffing levels to operate these sites in a manner that would ensure a safe or efficient public voting experience,” said the commission in a release. “Given the city’s longstanding dedication to fair and equitable elections, the decision to end early voting in Milwaukee has been exceptionally difficult for all involved.”

Early voting was scheduled to run every day, including the weekends, from Monday, March 23rd through April 5th. Unlike on election day, the city uses a touchscreen voting machine that prints a paper ballot to conduct early voting.

The commission is encouraging voters to request an absentee ballot for the spring election, a measure suggested repeatedly by Mayor Tom Barrett and Governor Tony Evers.

The election commission is led by executive director Neil Albrecht.

Barrett and Albrecht raised a number of concerns with the election, including timing requirements and safety concerns for poll workers. Over 50 percent of Milwaukee’s 1,800 poll workers are over the age of 60.

A Friday ruling from U.S. District Judge William Conley reinstated online voter registration until March 30th, a decision that no doubt made it easier for the election commission to suspend early voting. Online and by mail voter registration had otherwise been suspended by state law on March 18th, forcing unregistered voters to vote in person.

Registered voters have until April 2nd to request an absentee ballot, but are being encouraged to do so earlier. As of Friday, approximately 380,000 absentee ballots have been requested statewide. State law requires the ballots to be received by April 7th.

Milwaukee voters will find a number of races on their ballot, including a Presidential primary, statewide race for the Wisconsin Supreme Court, a referendum for Milwaukee Public Schools and local races for mayor, county executive, Circuit Court, Milwaukee Common Council, and Milwaukee County Board of Supervisors.

By state law, the city will still provide in-person voting at polling sites across the city on April 7th. Last week both Evers and Senate Majority Leader Scott Fitzgerald publicly expressed their desire to continue to hold the election given the fact that voting is already underway and a number of races beyond the Presidential primary are on the ballot.

Voters can request a mail-in, absentee ballot and check their registration status at the My Vote WI website.

UPDATE: On Monday State Rep. LaKeshia Myers (D-Milwaukee) issued a press release critical of the move. “The decision to close Milwaukee’s three early voting locations at the Midtown Center, Zablocki Library, and Zeidler Municipal Building leave me with more questions than answers,” wrote Myers. “Mayor Barrett and other city officials have yet to issue any mandatory closures in our city; the closures that are currently in effect have been issued at the state level. If there has been no push by city leadership to mandate and enforce the closure of non-essential services such as retail outlets and package stores why is voting—which is an essential good to the community—being hampered? If keeping the three satellite locations open was not a viable option, is there not another way to allow individuals the opportunity to vote in person early?  Perhaps Milwaukee could take a cue from the Village of Pleasant Prairie who is conducting in person absentee voting in a drive-thru format. Or consolidate the satellite locations from three to two, as a means to ensure adequate staffing. ”

Her release does not acknowledge that Barrett and Health Commissioner Jeanette Kowalik issued an order closing restaurants and bars to in-house customers before the state.

Barrett on Monday morning said the state needs to do something about the election including postponing or switching to mail-in only voting. “We are having more and more workers at early voting sites decline to come in. They are making, in most cases, the prudent choice,” said Barrett. “There has to be a change, whether it’s all mail-in balloting, where it’s a new date, this issue is going to explode.”