Federal grant will help fund expansion needed to add trips to and from Chicago. 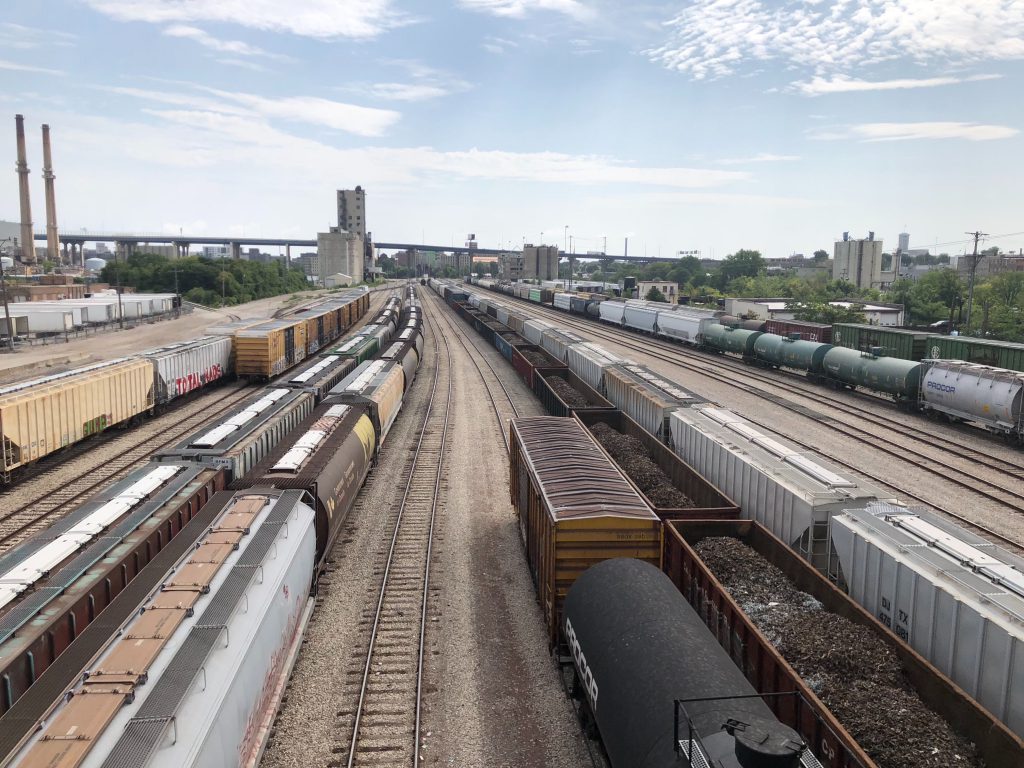 Muskego Yard in the Menomonee Valley. Photo by Jeramey Jannene.

The State of Wisconsin has secured a federal grant to partially fund construction of the biggest Wisconsin project necessary to expand the Amtrak Hiawatha Service from seven to 10 daily round trips.

Congresswoman Gwen Moore announced that the Wisconsin Department of Transportation (WisDOT) will receive $26.6 million to fund the Muskego Yard bypass. The project will route freight trains away from the Milwaukee Intermodal Station, which serves as the northern terminus on the Milwaukee-to-Chicago passenger train route.

The $55 million project is the largest project required as part of the $195 million effort to expand the Hiawatha Service.

The Muskego Yard Signalization Project would add seven turnouts, four crossovers as well as new track and signals to allow freight trains to divert from the mainline that runs through the downtown train station and instead run through the large railroad yard in the Menomonee Valley. Trains would use an existing line at W. Florida St. and S. 1st St. to head into the yard. The project is also designed to allow freight trains to queue in the yard instead of waiting on the mainline for clearance.

The bypass was one of three Wisconsin improvements identified by track owner Canadian Pacific as necessary to accommodate increased passenger service.

Other projects remain to be completed in Illinois, including constructing a controversial new siding to hold freight trains and increase line capacity near Glenview and Lake Forest. That project became a political third rail in 2018, with Glenview allocating funds to lobby against the project. In May 2019, the Illinois Department of Transportation pulled support for a federally-required Environmental Impact Study.

Before the delay, Arun Rao, Passenger Rail Implementation Manager for WisDOT, told a Milwaukee Common Council committee in February 2018 that expanded service could begin running at 2023 at the earliest. The study has been underway since 2013.

WisDOT hopes to expand service incrementally, first adding an eighth daily roundtrip. In 2019 the department said it thought it could add the eighth roundtrip without the Illinois improvements, but a letter from Canadian Pacific to WisDOT said all improvements would be required.

The idea for the bypass is not new. It was a required project to enable the Kenosha-Racine-Milwaukee commuter rail line that never advanced. A proposed private commuter rail system would also need the bypass.

The grant would build on two other grants awarded last year: $2.7 million to fund a signalization project to speed up trains through downtown Milwaukee and a $5 million award to build a second platform at the Milwaukee Airport Rail Station. Both grants required a state match.

WisDOT announced in March 2019 that the Hiawatha line had record ridership in 2018, with 858,000 rides representing a 3.6 percent increase over 2017 ridership. Ridership has doubled since 2003. The train, which runs between Milwaukee and Chicago with stops at General Mitchell International Airport, Sturtevant and Glenview, is the busiest passenger train line in the Midwest and one of the 10 busiest routes in the Amtrak system.

WisDOT did not respond to a request for comment by the time of publication.