DOT has plan and Ald. Bauman pushes it, demanding Walker address it. 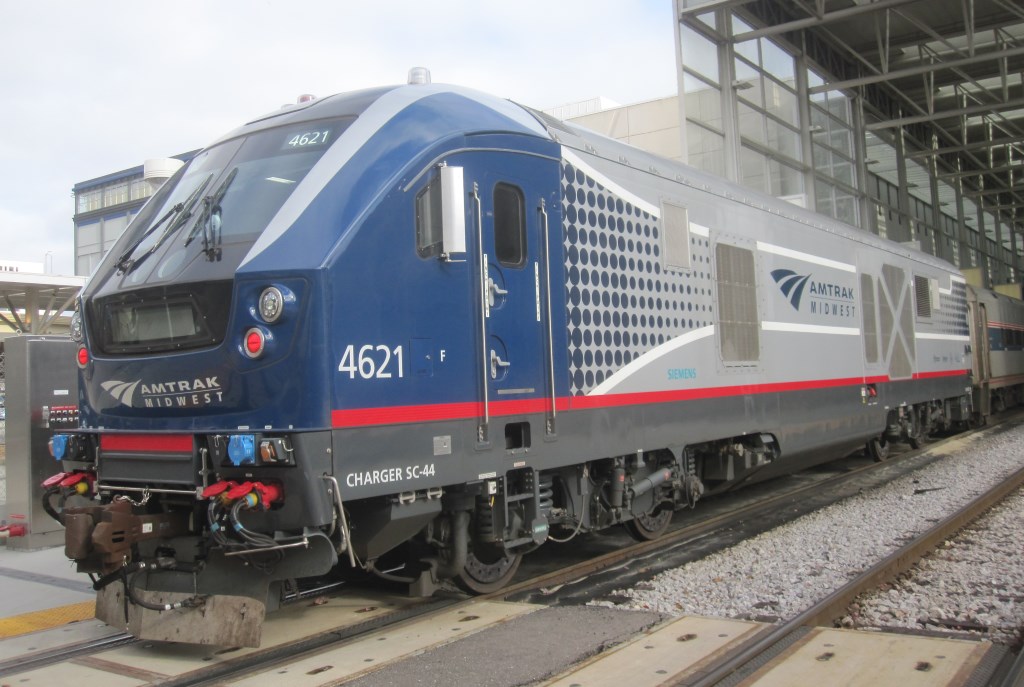 The massive Foxconn plant planned for southern Racine will someday employ 13,000 people if everything goes to plan. But what’s not part of that plan is any sort of mass transit system to get workers to the 20-million-square-foot campus. Milwaukee Alderman Robert Bauman aims to change that.

The alderman is pushing to advance a state plan to expand Amtrak’s Hiawatha Service line from seven trips a day to 10 as a cost-effective option to get workers to the electronics manufacturer’s $10 billion campus. The line, which provided 829,000 rides in 2017, bisects a portion of Foxconn’s planned campus, with a station in Sturtevant approximately two miles away. Its expansion is “true low hanging fruit,” says Bauman.

Governor Scott Walker‘s Foxconn subsidy package includes adding a lane to Interstate 94 between Racine and Milwaukee at a cost of approximately $500 million. The state has applied for a $240 million federal grant to support the work. An additional $134 million is budgeted to be spent on improving local roads and highways near the campus. No portion of the state subsidy includes funds for mass transit.

Eric Lynde of the Southeastern Wisconsin Regional Planning Commission told members of the city’s Public Transportation Review Board that it’s possible Foxconn could use shuttles to transport workers from the station to the campus. But doing so without expanding the line could be difficult.

Arun Rao, Passenger Rail Implementation Manager for the Wisconsin Department of Transportation, told the committee that morning and evening trains routinely run at capacity, with passengers required to stand in the aisles. Adding a car to the trains, which currently seat 408 passengers, is prohibitively expensive because an additional conductor would be legally required.

To alleviate that and promote economic development, the department has been planning a service expansion since 2013. The plan, which is expected to be jointly submitted by Illinois and Wisconsin for federal review in 2018, includes adding three daily round trips. To accommodate the increased number of trips, the draft plan estimates $195 million in infrastructure improvements. “A broader schedule makes a wider variety of trips viable,” says Rao.

“Why does it cost $200 million to add three trains? That is a common sense question until you read your study,” Bauman told Rao.

“When you add an 80 miles-per-hour passenger rail to a corridor it takes up a lot of capacity,” Bauman explained. Operating in the corridor today, which is owned by Canadian Pacific in Wisconsin and the publicly-owned Metra commuter railroad in Illinois, are 65 Metra trains, 25 freight trains and 16 Amtrak trains (the Hiawatha and Empire Builder).

The $195 million estimated project cost would go towards nine projects, three of which are in Wisconsin. They include $10 million for a second platform at the Milwaukee Airport station, $5 million for centralized traffic control signaling improvements near the Milwaukee Intermodal Station, and $44 million to build the Muskego Yard bypass. The bypass would allow most freight trains to avoid having to run through the Milwaukee Intermodal Station and instead route through the Muskego Yard in the Menomonee Valley via a rail line that parallels W. Florida St.

The federal government could pay for up to 50 percent of the project’s cost. To operate the line today, Wisconsin pays for 75 percent of the cost, with Illinois paying 25 percent. Hiawatha revenue pays for 75 percent of the service’s cost; a cost-recovery ratio far ahead of the Milwaukee County Transit System (26 percent) or the streetcar (20 percent). Final design, which would start after the Federal Railroad Administration signs off on the plan, could lower the project’s cost through formal engineering work.

According to a timeline presented by Rao, service could be up and running by 2023. That’s years later than the Interstate 94 expansion.

“Some projects are on the fast track, some are on no track,” says Bauman. The alderman says that’s because of political pressure. The rail project could be sped up if given the same state and federal push.

“This is upgrading a railroad line that has been in existence since 1872, so it’s not like you’re plowing fields and building new infrastructure,” said Bauman. “You’re going to have a shovel-ready project very shortly to expand this very important rail line that has been serving Milwaukee for over 100 years. The opportunity to expand service, to provide more flexibility for commuters and it goes right through the Foxconn property. We don’t have to talk about building new rail lines or adding massive bus service; we have existing public transportation infrastructure right at the front door and no one is talking about it.”

Would the Governor support such a measure? In December, Bauman said that Walker’s powerful lieutenant, the Department of Administration Secretary Scott Neitzel, in a conversation with the alderman characterized transit as “a government solution” to the workforce problem. Bauman told the committee “You spend $3 billion on attracting a private company and you think transit is a government solution?”

Bauman says the irony is that the rail infrastructure is the cheapest piece of new infrastructure compared to the $634 million in highway expansion. It would allow drivers to park at any station along the line and use existing transit infrastructure to commute to either the Milwaukee Intermodal Station or Milwaukee Airport Railroad Station.

He notes employees at Foxconn’s new downtown office building could take the streetcar’s lakefront spur to the train station, the Hiawatha to Sturtevant and be a short walk or ride to the manufacturing campus.

The alderman suggested that Foxconn could subsidize a portion of the fares for employees to ensure the service is affordable.