By Corri Hess, Wisconsin Public Radio - Jun 11th, 2019 11:51 am
Get a daily rundown of the top stories on Urban Milwaukee 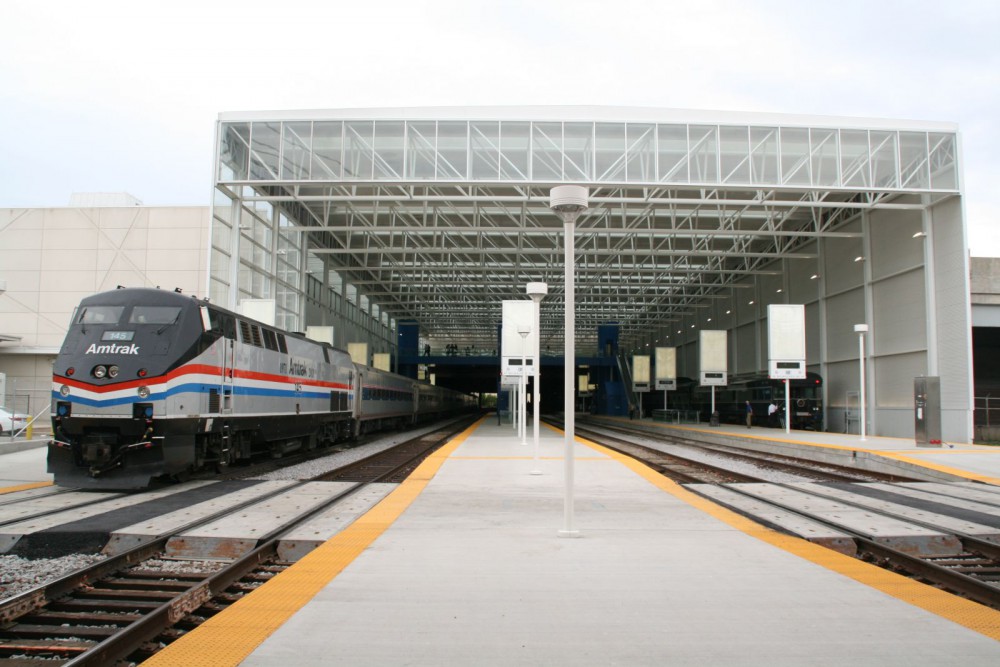 The Legislature’s budget committee included $35 million in their transportation budget to expand rail service between Milwaukee and Chicago on the busy Amtrak Hiawatha line.

The money would provide matching funds for federal transportation grants to complete road improvements needed before service could increase from the current seven round trips daily to 10 round trips daily.

The total cost of the project is approximately $195 million, according to the Wisconsin Department of Transportation.

The Joint Finance Committee allocation is $10 million less than what Gov. Tony Evers proposed in his state budget proposal.

“This was a very important step,” Rao said. “We needed the state matching funds to leverage federal funding to get the additional frequencies. Without the matching funds, we could not move forward.”

“The action is important, but it is not a conclusion,” Magliari said. “We’re a ways from knowing where this is going to end up.”

The Hiawatha line is one of the most successful routes in the country, according to the DOT. Since Amtrak began offering seven daily trips from Milwaukee to Chicago in 2003, ridership has doubled.

In February, the DOT received a $5 million CRISI grant to construct a second platform at the Hiawatha station located near General Mitchell International Airport in Milwaukee, allowing both tracks to be used at the same time.

The improvements at the Milwaukee airport is one of eight projects needed to be done to increase the number of round trips between Milwaukee and Chicago.

A second federal transportation grant program — called Better Utilizing Investments to Leverage Development or BUILD — will also be available in the 2019 fiscal year. The Hiawatha improvements are eligible for that grant, but the state would have to match 20 percent of the funding.

“We are continuing to proceed with plans to expand frequencies on the Hiawatha Service working with Illinois and the railroads on options to enable the additional trains,” said DOT spokeswoman Mae Knowles. “The additional service is critical to mobility and the economic vitality of the region, and to addressing transportation needs on the I-94 corridor. SC Johnson, Miller-Coors, Johnson Controls, CNH Industrial and other companies in this corridor, are very interested in this service expansion.”

One bump along the track however has been the northern Illinois suburbs of Glenview and Lake Forest. The project includes building holding tracks in both communities, which has been controversial.

On May 2, Illinois Department of Transportation’s Acting Secretary Omer Osman sent a letter to the state senators representing those communities saying the agency wouldn’t pursue federal dollars related to the project.

“After careful consideration, the Illinois Department of Transportation will not be supporting the addition of passing siding/holding track in Glenview and Lake Forest to expand Amtrak’s Hiawatha service between Chicago and Milwaukee. The department is a strong supporter of passenger rail service on this line and will be working with the lead agency on the project, the Wisconsin Department of Transportation, on other possible solutions to improve service.”

But the Wisconsin DOT is optimistic. Knowles said both agencies have met and will continue to work together to come up with alternatives in Illinois to move the project forward.

“IDOT remains fully committed to increasing frequencies on the Hiawatha Service,” Knowles said. “WisDOT, IDOT and Amtrak will be looking at options with the host railroads and will determine the path forward to add the trains.”

Depending on the timing of the federal grant awards, and negotiations with the host railroads on the final infrastructure package, additional trains could be added in late 2022 or early 2023, according to the DOT.