The Foxconn Road to Ruin

$630 million for roads and infrastructure for Foxconn while highways across state fall apart. 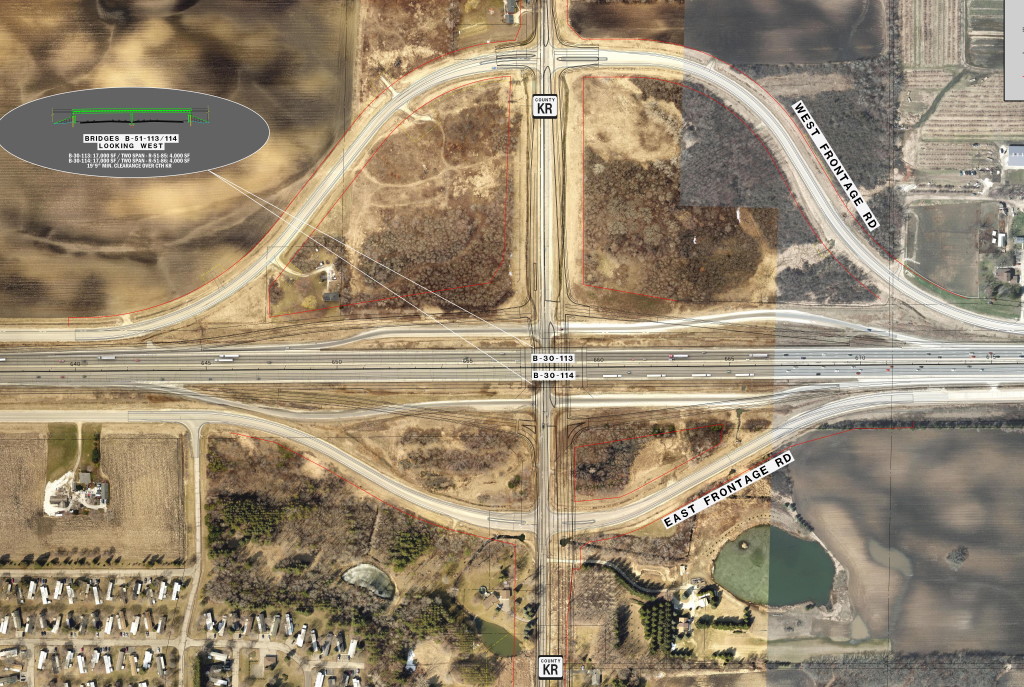 Robin Vos is continuing what looks like it will be a four-year attack on Gov. Tony Evers by complaining that the state is now short-changing small-town and rural road construction through a completely rational gubernatorial distribution statewide of a relatively modest $75 million in transportation aid. In the process, the Republican Assembly Speaker opened himself to provable allegations of hypocrisy and partisan self-service.

Start with this story which explains how the state shifted $90 million in road funding so Vos’ precious Foxconn project could begin to suck up ever more road-building cash. Does Vos think we will not remember that the state is spending $542 million on Foxconn-related roadwork that is in or connects to Vos’s legislative district – –  road funding which Vos and other Republicans pushed through the Legislature? As an Urban Milwaukee column by the Wisconsin Budget Project noted:

An updated calculation of the public assistance provided to Foxconn shows that the costs have risen as high as $4.5 billion when multiple forms of assistance from state government, local governments, and utilities are included. This letter from the Legislative Fiscal Bureau describes the various categories of Foxconn public assistance.

In fact, an industry website, Contruction Dive, pegged the Foxconn-related road work at cost that was yet another 15 percent or so higher, for a total of $630 million:

…Major projects like the Foxconn factory often make it necessary for state transportation departments to beef up surrounding infrastructure, particularly if the project is one that will generate a considerable amount of additional traffic…the thousands of construction workers and employees who will travel to and from the factory site in the coming years will need adequate infrastructure in place to do so efficiently…

I’m sure Vos and the district’s GOP State Senator remember they got millions in new road spending committed in a bill for the Foxconn project even before a shovel of dirt was turned on the company’s Racine County site:

The bill allows for more than $250 million in borrowing for the I-94 north-south project, which extends from the Illinois state line through Racine County and up to General Mitchell Airport in Milwaukee….

“With how interested the president has been in getting this deal done, it makes perfect sense because it’s one of the things Foxconn needs,” said Vos…

State Sen. Van Wanggaard, R-Racine, applauded the inclusion of I-94 funding in the bill…. “It is absolutely critical to restart this road project to ensure the success of not just Foxconn, but the many other economic development opportunities that are planning to come our area,” Wanggaard said in a statement.

All this road-spending for Foxconn was taking place as Vos and the rest of the Walkerites were starving road repairs statewide so intentionally that at least one county’s paved roads were allowed to disintegrate into gravel:

This road to reaction and ruin has led to its ultimate consequence at the very local level in one Wisconsin small town where a lack of funding has led to an abandonment of road repairs and the acceptance of gravel roads where pavement had long been correctly the norm.

There’s a road in the western Wisconsin town of Northfield that used to be completely covered in pavement, but in the last few years, a lot has changed.

“This is where we ran out of money two years ago,” said Richard Erickson, standing on a line that divides paved road from gravel.

And now Vos is complaining?

Because Gov. Evers has allocated modest sums to transportation projects that are not part of the Vos-Walker-Foxconn Road Complex to Nowhere?

3 thoughts on “Op Ed: The Foxconn Road to Ruin”