Plus: A Taco Bell is planned for Capitol Dr. and Kegel’s Inn closes for remodeling. 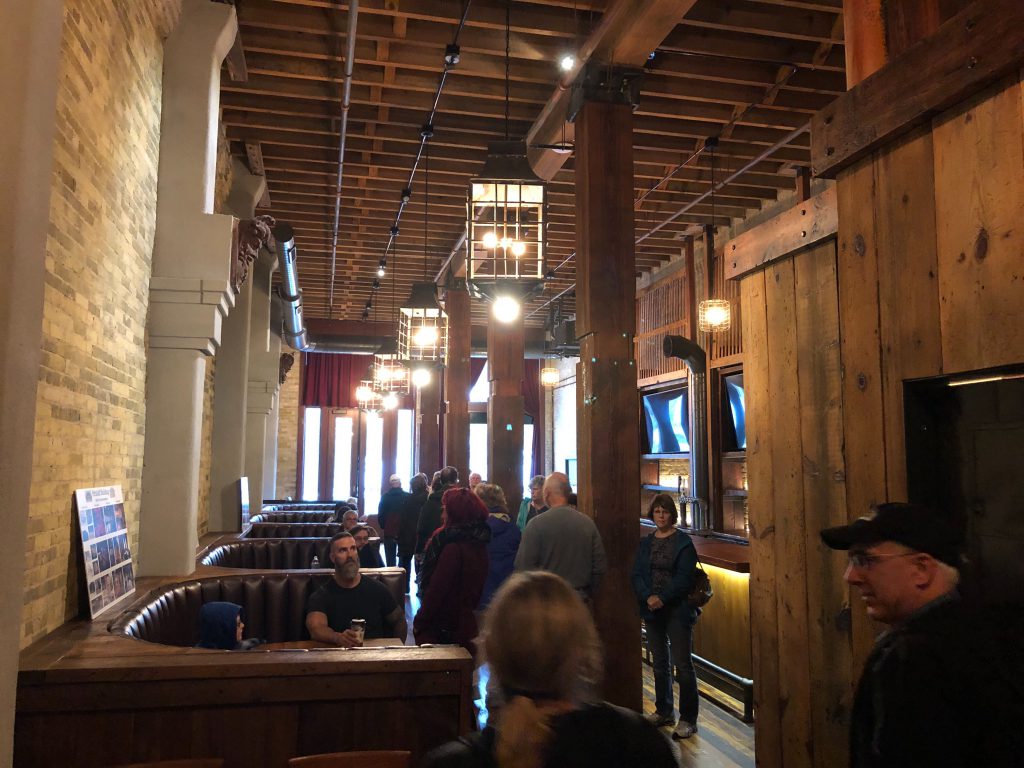 An Italian-inspired restaurant aptly named Aperitivo has quietly opened at 311 N. Plankinton Ave. Currently, patrons can expect breakfast, lunch and cocktails. Eventually, the restaurant aims to be the first in the city to embrace the Italian tradition of its namesake Aperitivo — an after-work custom serving pre-dinner drinks and snacks. OnMilwaukee’s Lori Fredrich reports:

Service at Aperitivo is casual. Breakfast and lunch guests can order their food at the bar and choose a seat wherever they’d like.

The breakfast menu, served until 10:30 a.m. features options like toasted bagels and cream cheese ($3); a breakfast burrito with bacon, pepper jack, sour cream and pico de gallo ($6.50); a breakfast croissant filled with two eggs, cheddar and bacon ($6) or Greek yogurt with fruit and honey ($4.50) along with Valentine Coffee, Rishi Tea, milk or juice.

Once in place, aperitivo offerings will be available Monday through Friday from 5 to 7 p.m. (and eventually in the afternoon on Saturdays) featuring three or four complimentary bite-sized snacks (think bruschetta or mini flatbreads with hummus or other toppings) available with the purchase of drinks.

Crab Du Jour is currently renovating the interior of the former Applebee’s building, 9080 N. Green Bay Road, which has been vacant for about two years.

Crab Du Jour operates six locations in Virginia, North Carolina, South Carolina, Georgia and New Jersey. The Brown Deer restaurant is among 37 locations that are “coming soon,” according to the company’s website.

If you’re looking for something new this Valentine’s Day weekend, then perhaps CAVAS, an up-and-coming tapas lounge located in the Historic Third Ward at 401 E. Erie St., will scratch that itch. According to a post on the restaurant’s Facebook page, it’s hosting a soft opening from Thursday, Feb. 13 until Saturday, Feb. 15 from 5:00 p.m. to 10:00 p.m. Patrons can expect to taste housemade vermouth as well as new food and drinks.

This new restaurant comes from Jordan Stewart, the owner of Pig Tailz MKE, a food cart that won the Milwaukee Taco Fest the last two years in a row.

According to business license applications, Street Chefs Brady will have space for dining, but will also offer takeout and delivery. The menu at this point is unknown, but license applications offer the vague hints of “fish, poultry, cheese and meat.”

Greens & Things brings the soul to Milwaukee’s Northwest Side 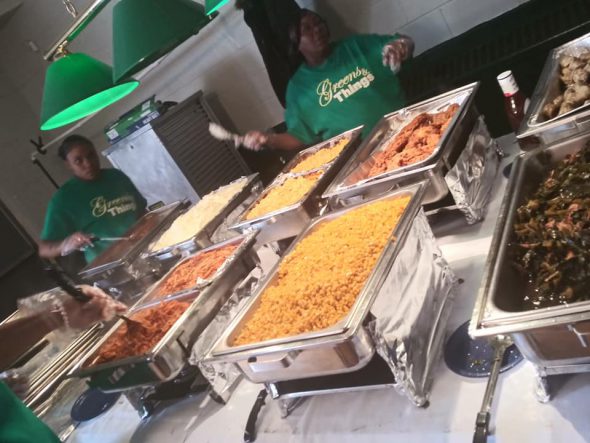 A new food counter and takeout spot specializing in soul food will be coming to Milwaukee’s Northwest Side at 8614 N. 107th St. Kilmer has the scoop:

Greens & Things has been a catering company for about seven years, in the past working at popular events like Juneteenth Day. In 2019, [Jeannie] Carr started looking for a storefront. After some searching, even putting a deposit on a different building, she found the space on N. 107th Street. “This was it,” she remembers thinking, “Everything was here.” The 825 square foot space at 8614 N. 107th St. was previously home to Xee Yoo, a Chinese restaurant.

At Greens & Things customers will be able to enjoy soul food classics like her specialty collard greens, that’s the Green. But she also plans to sell other items like burgers and pizza, those are the Things.

Everything’s coming together, Carr said. She’s hoping Greens & Things will open in mid-February, about a month earlier than she originally planned.

Asked how she feels now that her business is so close to opening, she said: “I’m so excited, elated.”

A food dealer license is pending before the Common Council.

It could soon become easier for residents of Riverwest and the East Side to satisfy their hunger for fourth meal. Urban Milwaukee’s Jeramey Jannene has the details:

An application was filed with the city to construct a Taco Bell fast-food restaurant at 208 E. Capitol Dr. The location would be between a Church’s Chicken restaurant and commercial building anchored by an Outpost Natural Foods grocery store.

The Mexican restaurant would replace a one-story warehouse building that was first constructed in 1956. The change would be part of an increasing delineation between the east-west commercial corridor along Capitol Dr. and the Riverworks business park to the north and south.

The new location would require approval from the Board of Zoning Appeals. A drive-thru is planned.

Becher Meats, a full-service butcher shop, will officially open its doors in March at 2079 S. 69th St. The building was vacant before Becher Meats came along. Previously, it was home to a convenience and liquor store. Fredrich reports:

[Owner Mark] Lutz says he’s hired two veteran butchers for the shop, both of whom have extensive experience in both sausage-making and smoking meats. So, those cases will soon hold a selection of both fresh and smoked sausages, including Polish, Hungarian and Slovenian varieties. There will also be pattied, flavored burgers made from freshly ground beef; breakfast sausages and a healthy selection of chicken, beef and pork, both choice and prime.

“We’ll also be sourcing some of our meat from local farms, including heritage pork and chicken,” he says. “And we’ll carry the full line of Nueske’s products as well, including more unique items like their smoked duck.”

The smoker will also allow the shop to produce a variety of additional products including house-cured bacon, summer sausage, beef sticks and a selection of beef jerky (including Lutz Bloody Mary and Manhattan cocktail flavors). Lutz says he also hopes to offer house-smoked hams for the Easter holiday.

Lutz says that once the shop is open, he expects to keep hours seven days a week.

For the first time ever, spice enthusiasts will have the opportunity to attend Wisconsin Wing Fest — a festival featuring a variety of vendors offering chicken wings and craft beer. The festival will debut at the Wisconsin State Fair Exposition Center on March 15. OnMilwaukee’s Bobby Tanzilo reports:

In addition to a firefighter wing-eating contest – “Who can fight the fire” by climbing the scoville units ladder, 10 wings, 10 rounds and each wing gets spicier, notes the web site – there will music from DJ Fatmackin’, arcade game systems provided by Midwest Gaming, games like cornhole and giant Jenga, as well as more fun from the folks at Tosa’s 1st and Bowl.

The event runs from 1 until 5 p.m. and there are a range of ticket levels and options, three of which allow for early entry at 11 a.m.

You can see those options and order tickets now here.

The long-running German restaurant Kegel’s Inn  is temporarily closing its doors in order to make expansions to its kitchen. But don’t worry — the project is expected to only take 10 days, ensuring that the restaurant will be serving its Friday fish fry during lent. Fredrich has the scoop:

The venue will re-open in time for Ash Wednesday dinner service on Wednesday, Feb. 26 at 4:30 p.m.

The project, prompted by the need for increased efficiency to service the influx of guests particularly during beer garden season, marks a significant step forward for the restaurant, which hasn’t seen significant kitchen modifications since the 1950’s.

“The need to provide food service for our very successful outdoor beer garden, in addition to the restaurant, drove us to take the step of modernizing our kitchen to accommodate the increased volume,” notes owner Julian Kegel. “With the new, state-of-the-art kitchen equipment and a few minor tweaks to our kitchen processes, we plan to handle the new peak demand, such as our weekly Friday Fish Fry and outside in the Beer Garden.”