The right policies. And willing to fight for them. 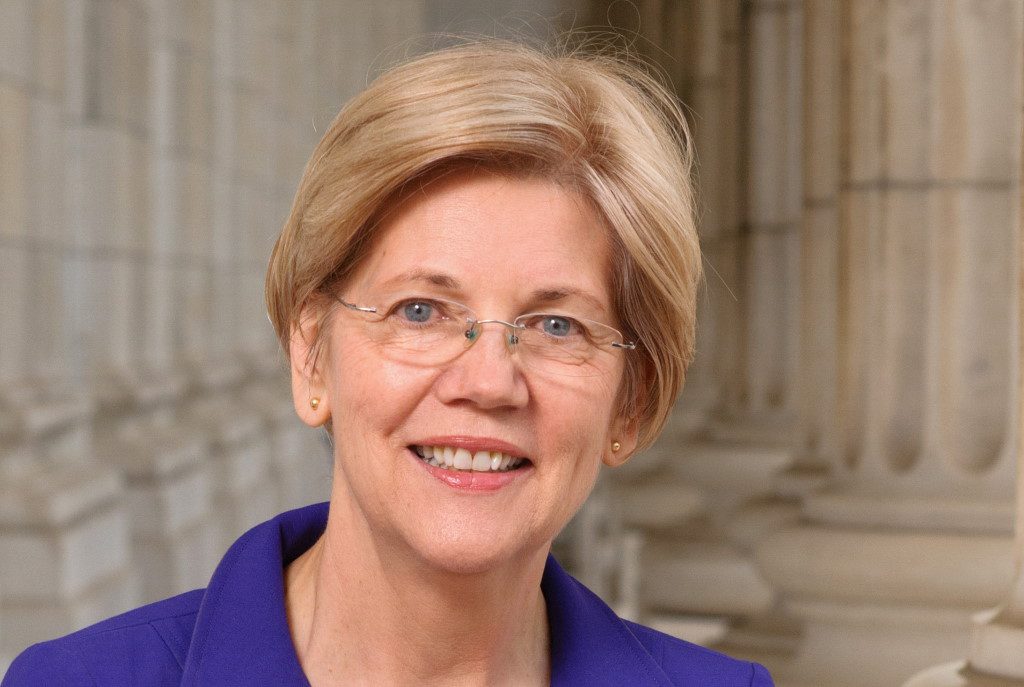 Elizabeth Warren. Photo is in the Public Domain.

I’ve spent most of my life organizing and working in social service agencies to make a positive change in my community. When I was 14, I started volunteering in a homeless shelter for 11-17 year-olds, and I saw how wildly unfair our society could be. During that time, I also experienced my first taste of do-nothing politicians who were more than happy to occasionally drop in when the photographers were around, but totally lacked the vision, drive, and ability to pass substantive progressive policies when the limelight dimmed. Those experiences actually drove me into politics in the first place: I was sick of the status quo, the racism, and the violent lack of equity I saw in the community, so I chose to fight to make a difference. I found candidates who I believed in, and I worked hard to get them elected.

My first understanding of the importance of electing a good politician came when I helped put a true champion into office. Someone who possessed both the vision and the ability to navigate and pass bold progressive legislation: Sandy Pasch. That early experience came when I worked on Sandy’s first campaign for Wisconsin State Assembly. She was a huge underdog, but she was also a fierce mental health advocate. During that campaign, Sandy promised that if she got elected she would get a Mental Health Parity Act passed in Wisconsin. She won that race and she kept that promise. Sandy was a breath of fresh air, a leader who had a vision and the skills necessary to realize that vision. Because of her important work, many Wisconsinites got much-needed access to lifesaving healthcare. That experience would go on to inform my political career for the rest of my life.

Having the vision for a positive, progressive policy plan, the courage to fight for it, and the skills to actually get it done is a wonderful and important combination in someone seeking to lead. This is why I’m supporting Elizabeth Warren.

Time and time again, Senator Warren has proven that she has the vision, skills, and leadership to effectively fight for everyday Americans.

She took on the big Wall Street bullies and won. After the financial collapse in 2008 – which Senator Warren had correctly predicted and warned about – many politicians weren’t offering substantive plans, instead they were either placating Wall Street or running for cover. Meanwhile, Elizabeth Warren was hard at work, getting to the root of the problem. She knew this wasn’t a coincidence, but rather the logical extension of years of deregulation, a lack of proper oversight, and crony capitalism run amok. She set forth and offered a solution that would strike the heart of the problem, and she fought like hell to create the Consumer Financial Protection Bureau. She sided with the majority of Americans, fought for the little guy, took on the Wall Street lobbyists, and got it done. Afterward, even though she had invented this critical agency (and, despite all odds, was able to see it implemented), Republican politicians and Wall Street kleptocrats did everything they could to stop her from heading the Consumer Financial Protection Bureau. Though many would have been discouraged, Warren wasn’t. She showed her true grit and determination, continued to fight for what was right, and successfully ran for the US Senate. As a senator, Warren has been laser-focused on protecting American citizens, taking on the kleptocrats directly, and steadfastly fighting for consumer protections, financial reform, and equity.

These three key policy plans represent the very best of what Senator Warren has to offer. They are bold, popular, and easy to both explain and understand:

Universal Child Care: Every parent I’ve talked to loves this idea. Quality child care is too expensive and is inaccessible to many working families. Universal child care is both a moral and economic necessity. Our economy takes a substantial negative hit annually as many Americans are driven out of the labor pool when faced with the choice between committing their paycheck to childcare or staying home with their kids. Senator Warren’s plan for universal child care is bold, smart, and will directly and positively impact the lives of many Americans. Furthermore, it’s easy to explain and understand, and it would be a very welcome reprieve to voters in some of the most important states this electoral cycle, including those right here in Wisconsin.

Ultra-Millionaire Tax: Senator Warren has proposed a two-cent tax for every dollar in fortunes above $50 million. This would bring in a huge amount of much-needed revenue that would benefit everyone. We all hear about billionaires and companies like Amazon pay less in taxes than you or me, everyone knows it’s wrong, so let’s change it. It’s time that the ultra-wealthy pay their fair share to the country that’s given them so much.

Taking on Big Tech: The monopolistic and anti-competitive practices of Big Tech are dangerous – they stifle innovation and hurt consumers. Senator Warren has the guts to take these companies on directly, regardless of their armies of well-funded lobbyists. She has the courage to do what’s right and the plan to fix the corrupt status quo and break up Big Tech.

We need a president who is idealistic and innovative, who is progressively pragmatic. Instead of pushing the narrative of what we can’t do, Senator Warren identifies what must be done and then finds ways to make it so. I’m not interested in a president who simply accepts the world the way it is. America requires a president who envisions what the world should be and will get to work making that happen.

In my relatively short time in elected office, I’ve seen how powerful lobbyists, mercenary political consultants, and other “pay-for-play” interests have corrupted our democracy. Propelled by corrupt politicians who sell out our citizenry to shady and nefarious actors, our political process has gotten to a point where the people with the most money are able to buy their influence. That’s why it is vital that we support someone who has shown that the lobbyists, corporatists, paid political consultant class, and other corrupting influences hold no power over her. Senator Warren presents a bold progressive antidote to the poisonous politics of the modern era.

As an elected official in Wisconsin, I have seen firsthand the power the Federal government has to help or hurt states like Wisconsin. We’ve been in the headlines lately for the disastrous effects of the trade war started by the current occupant of the White House, but our communities have been traumatized for much longer: over-incarceration, some of our country’s highest rates of racial inequity, and violent, targeted disinvestment from communities of color across our state are but a handful of the issues Wisconsin faces heading into 2020. A partner in the White House will substantively address the root causes of these traumas, instead of insulting our intelligence with false “silver bullets”, would literally save lives in our state. We need a policy wonk with a keen sense of justice and equity, not another snake oil politician pushing their garbage policies. It is no coincidence that diverse, active, progressive organizations like Black Womxn For have given powerful and stirring endorsements of Senator Warren. Furthermore, Senator Warren recognizes that these endorsements are not to be taken lightly or for granted: if elected, she has already committed to a collaborative and inclusive regular policy summit incorporating these important voices. This is leadership.

At a time when we are dealing with Republican politicians behaving like political terrorists who would burn democracy to the ground if it meant one more day in power, we have to work together to do better. We need someone who is willing to fight, and will fight to win. That’s exactly the type of person we need on the ballot next November, and in the White House come January 2021. Senator Warren is a visionary leader who has demonstrated that she has the ability to innovate the conversation with a strong, progressive policy agenda, and possesses the gritty determination to get it done. What our country needs right now is an effective visionary, and Senator Elizabeth Warren has proven herself to be just that. It’s time to dream big, fight hard, and get Warren in the White House.