Return of the Santa Rampage

Santa Rampage 2019 was a big hit. But what about that Krampus? 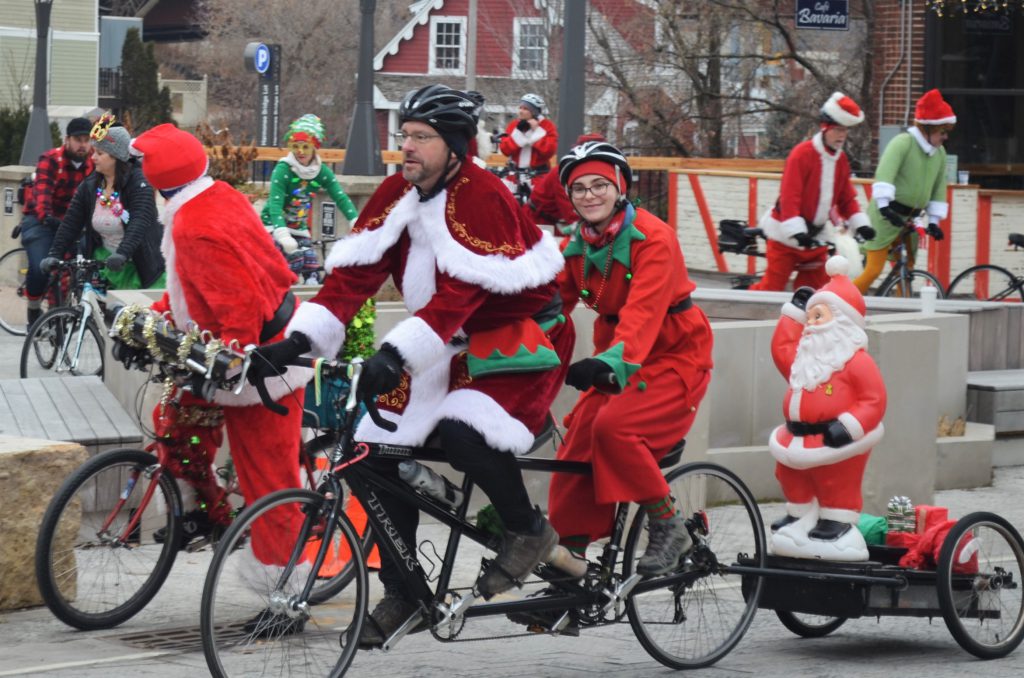 Santas (along with a few reindeer, a couple of Grinches, and at least two Krampus), took North Avenue by storm for the Santa Cycle Rampage 2019.

The estimated 5.5 mile ride began at the Wauwatosa location of BelAir Cantina. Riders then made their way east along W. North Ave. before heading south and packing Lakefront Brewery wall to wall with Santas. Riders could also relax at the dozens of Santa gathering places such as Cafe Hollander in Wauwatosa Village where we ended up.

The Santa Cycle Rampage, a fundraiser for the Wisconsin Bike Fed, began 17 years ago to encourage more riding during the winter. Now the official portion of the ride attracts as many as 2,500 riders according to police estimates, with a number of rides branching off to other locations before and after the main event at the brewery.

Oh, and if you’re wondering who or what a Krampus is, Wikipedia says this: “In Central European folklore, Krampus is a horned, anthropomorphic figure described as ‘half-goat, half-demon’, who, during the Christmas season, punishes children who have misbehaved.” The Milwaukee Santa Rampage version, we feel certain, was all in fun.

Check out our photos of the festive event. And you can compare to last year’s photos as well. 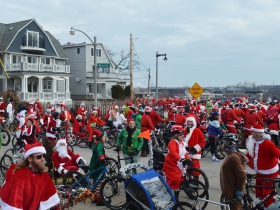 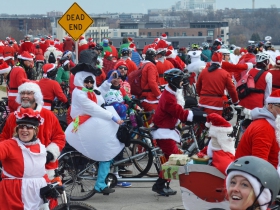 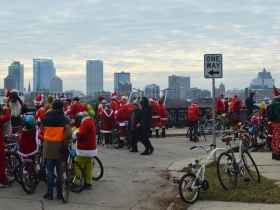 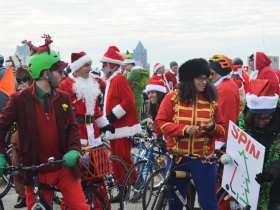 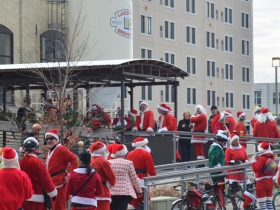 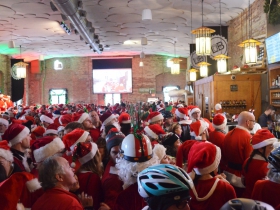