By Robin Bravender, Wisconsin Examiner - Nov 25th, 2019 12:46 pm
Get a daily rundown of the top stories on Urban Milwaukee 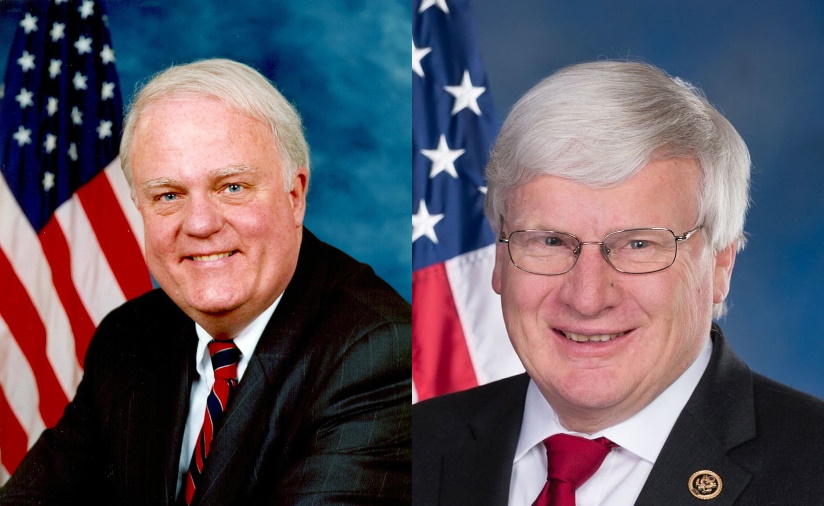 The two Wisconsin Republicans who had access to closed-door impeachment depositions appear to have skipped the vast majority of them.

U.S. House Reps. Jim Sensenbrenner and Glenn Grothman are the only Wisconsin lawmakers who sit on committees that have conducted the behind-the-scenes interviews as part of the impeachment inquiry against President Donald Trump.

An analysis of the 15 closed-door deposition transcripts that have been released by House lawmakers show that Sensenbrenner, a member of the Foreign Affairs Committee, wasn’t listed as present at any of those proceedings. Grothman, who sits on the Oversight and Reform Committee, was listed as present at just one, the testimony of William Taylor, acting U.S. ambassador to Ukraine, on Oct. 22.

He told the Milwaukee Journal Sentinel in October that he had sat in on one of the six depositions prior to Taylor’s testimony, indicating that he’s attended at least two of the 17 depositions held behind closed doors. Two of those transcripts have not yet been released publicly.

Grothman’s office did not respond to a request for comment about his attendance. Grothman may have entered some of the other depositions after the attendance was logged, in which case his presence would not necessarily have been noted in the transcripts.

Asked about Sensenbrenner’s attendance, his office directed the Examiner to comments the congressman made last month.

Sensenbrenner told the Journal Sentinel that he had chosen not to attend the depositions because he couldn’t speak publicly about what he learned from the meetings.

“This is a way, in my opinion, to gag members of the foreign affairs committee and the other two committees — Republican members — from actually going out and talking about what the testimony was,” he said.

Grothman and Sensenbrenner have both broadly criticized the impeachment proceedings.

Sensenbrenner told the Examiner in an interview in September that the exercise is a waste of time. “There is no chance that the Senate is going to remove Trump from office,” he said. “This is a political exercise which will divide the country.”

Sensenbrenner, who is expected to retire at the end of this term, helped lead the impeachment proceedings against President Bill Clinton in the 1990s. He also sits on the Judiciary Committee, which is expected to soon vote on articles of impeachment against Trump.

House Speaker Nancy Pelosi (D-Calif.) and other Democrats have defended the closed-door proceedings as one step of the impeachment inquiry. They called it a private fact-finding process, much like the work of a grand jury, where proceedings aren’t open to the public. They have since released most of the transcripts and held a series of public hearings before the Intelligence Committee.

Some Republican lawmakers appear to have skipped all the depositions they had access to, according to the transcripts, while others attended just a few. And some GOP lawmakers staged a protest in October as they decried the closed-door proceedings.

Two prominent Republican members of the committee and staunch defenders of Trump — Reps. Jim Jordan of Ohio and Mark Meadows of North Carolina – attended all or most of the depositions; Jordan attended all 15 and Meadows attended 14, the transcripts show.

Meadows “believes that as a member of the Oversight Committee, it’s important for him to be present at these depositions so he can ask questions of the witnesses, listen to testimony, and fully understand the facts so he can speak accurately on the issues,” his spokesman Ben Williamson said in a statement.