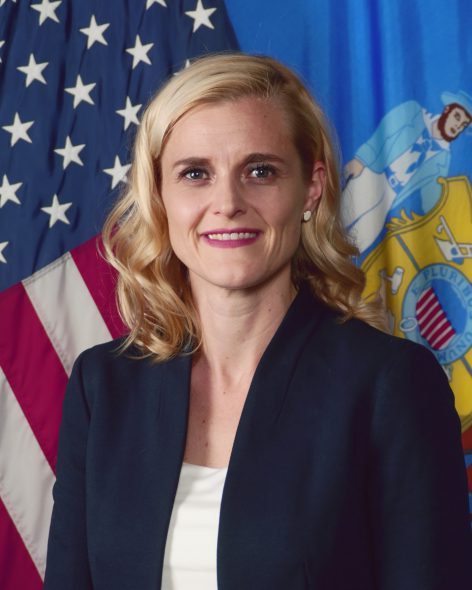 The numbers in the first paragraph of Gov. Tony Evers Oct. 21 executive order were scary:

That’s why, Evers said, he was creating a Task Force on Retirement Security to assess the “overall preparedness” of Wisconsin residents to retire in “financial security” and to draft recommendations on how to deal with the state’s “retirement crisis.”

The Task Force had its first meeting Friday in Green Bay.

Financial experts say it’s hard to find state-by-state statistics on how well – or how poorly – those nearing retirement, or who are retired, are doing financially. One national statistic: A Federal Reserve Bulletin said the median values of retirement accounts were about $60,000 in 2016 – about what they were in 2013.

”The retirement landscape is shifting dramatically, making the outlook for retiring Baby Boomers and Generation Xers far less sanguine than for current retirees.” The report noted that: ”50% of households are ‘at risk’ of not having enough to maintain their living standards in retirement and ”Explicitly including health care in the Index further drives up the share of households ‘at risk’.”

Other national statistics come from the federal Survey of Consumer Finances (SCF), which found that older Americans are sliding deeper into debt. The group found that 70 percent of residents between the ages of 65 and 74 had debt in 2016 that averaged $47,000 compared to just 50 percent of those in that age bracket who had any debt in 1989.

The Task Force on Retirement Security is chaired by State Treasurer Sarah Godlewski. It includes four legislators – Senators Janis Ringhand, a Democrat from Evansville, and Kathy Bernier, a Republican from Chippewa Falls, and Reps. Cindi Duchow, a Republican from Pewaukee, and Evan Goyke, a Milwaukee Democrat.

Also appointed were Evers Deputy Chief of Staff Kara Pennoyer, senior officials of three state agencies, and 12 others that include local officials, union leaders, a UW-Madison professor and an AARP’s advocacy director.

“It’s not that Wisconsinites don’t want to save, it’s that they have been living under economic conditions that have made saving either impossible or inaccessible,” Godlewski said when the Task Force was announced.

“Recently, AARP Wisconsin did a study that identified 1 in 7 registered voters in Wisconsin have no way to save for retirement at work,” the Democrat serving her first term said. “Yet, 82 percent would take advantage if a savings program for retirement was available. ”

In a Twitter post last week, Godlewski added: “10 states … are now implementing or creating state-run retirement programs… According to the Wisconsin Poverty Report, the elderly poverty rate has been increasing since 2015 and is now at a high of 9.5%… Over 80% of Wisconsinites are worried and are afraid that they won’t have enough to last through their retirement.

Godlewski is a fan of Oregon’s state-run retirement plan, which she said now covers 64,000 businesses and ”enrolled 22,000” in less than two years.

One Task Force member, who asked to remain anonymous to speak candidly about its mission, conceded that Godlewski is politically ambitious, but also “serious about making something happen here.”

That Task Force member added: “It’s a winning issue – though complicated – so the challenge is to educate the public and frame it tightly.”

The Retirement Security Task Force is one of seven Evers created in his first 10 months as governor. Other panels are studying climate change, caregiving, criminal justice, prescription drug prices, payroll fraud and transportation.

One thought on “The State of Politics: Task Force Takes on Retirement “Crisis””