By Laurel White, Wisconsin Public Radio - Oct 7th, 2019 03:34 pm
Get a daily rundown of the top stories on Urban Milwaukee 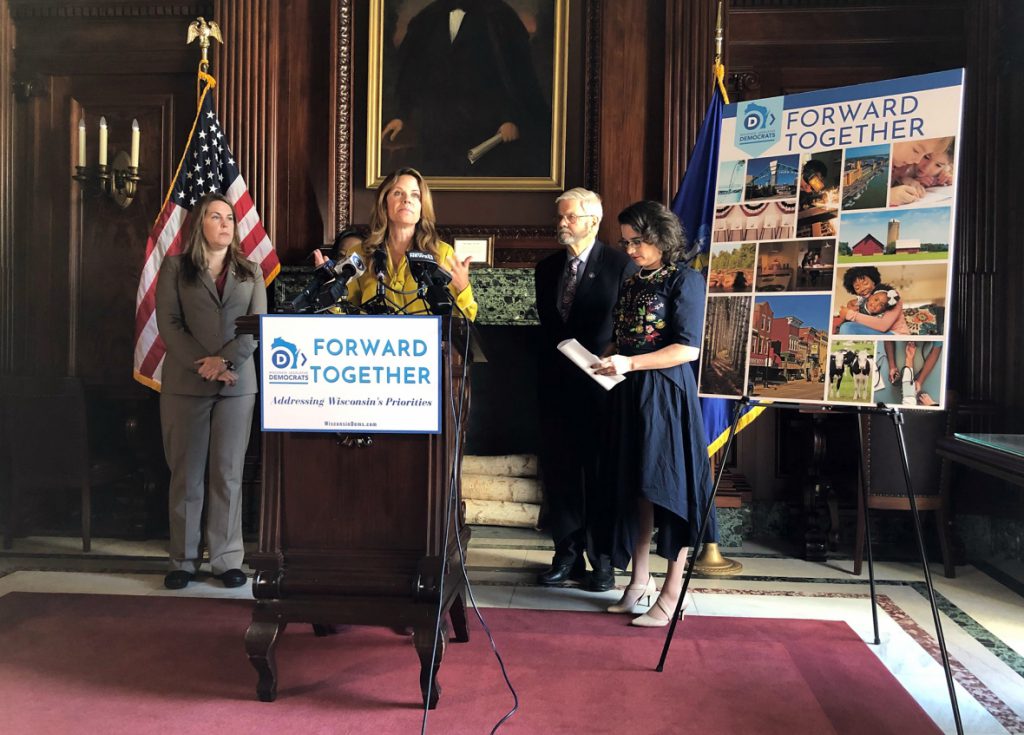 Wisconsin Democrats on Monday unveiled their priorities for the fall legislative session, citing strong public support for a number of proposals that have been repeatedly rejected by the GOP-controlled state Legislature.

The Democrats’ priorities include measures to increase regulation of guns in Wisconsin, including a bill to expand background checks and a bill to instate a so-called “red flag law.” Red flag laws allow judges to temporarily revoke gun rights from individuals deemed a danger to themselves or others.

The poll found similar levels of support for expanding background checks to private, online sales and sales at gun shows in Wisconsin.

Gov. Tony Evers has said he’s considering calling a special session to take up gun-related proposals. However, Republican leaders have said they oppose both bills. Within the realm of gun proposals, they have said they would prefer to focus on expanding mental health care and providing funding for security upgrades to schools and other vulnerable buildings.

Rep. Chris Taylor, D-Madison, said Evers should still call the special session, even if it’s unlikely the Democrats’ measures will be taken up.

Democrats also used their Monday press conference to draw attention to a proposal to legalize medical marijuana in Wisconsin.

According to an April 2019 poll from Marquette, 83 percent of state residents support legalizing medical marijuana.

“We have a bill that has bipartisan support, so there are no excuses for not moving this bill (forward),” Taylor said.

The bill, which would require patients to get a doctor’s recommendation to use marijuana and set up various state regulations, is sponsored by Sens. Jon Erpenbach, D-West Point, and Patrick Testin, R-Stevens Point, along with Taylor.

The lawmakers also pointed to public opinion on expanding Medicaid in Wisconsin by accepting more federal money for the program. Seventy percent said they supported that in the April poll.

During their remarks, Democrats blamed Wisconsin’s legislative maps, which were drawn by Republicans in 2011, for encouraging Republican majorities that don’t accurately reflect policy views held by Wisconsin residents. Republicans hold a 63-36 majority in the Assembly and a 19-14 majority in the Senate.

“The inaction of the gerrymandered majority has families worried they might not see their problems addressed in this legislative session,” said Sen. Mark Miller, D-Monona.

The state Senate and Assembly are both scheduled to meet to take up a number of bills this week.