Senior housing tower now visible from much of Lower East Side. 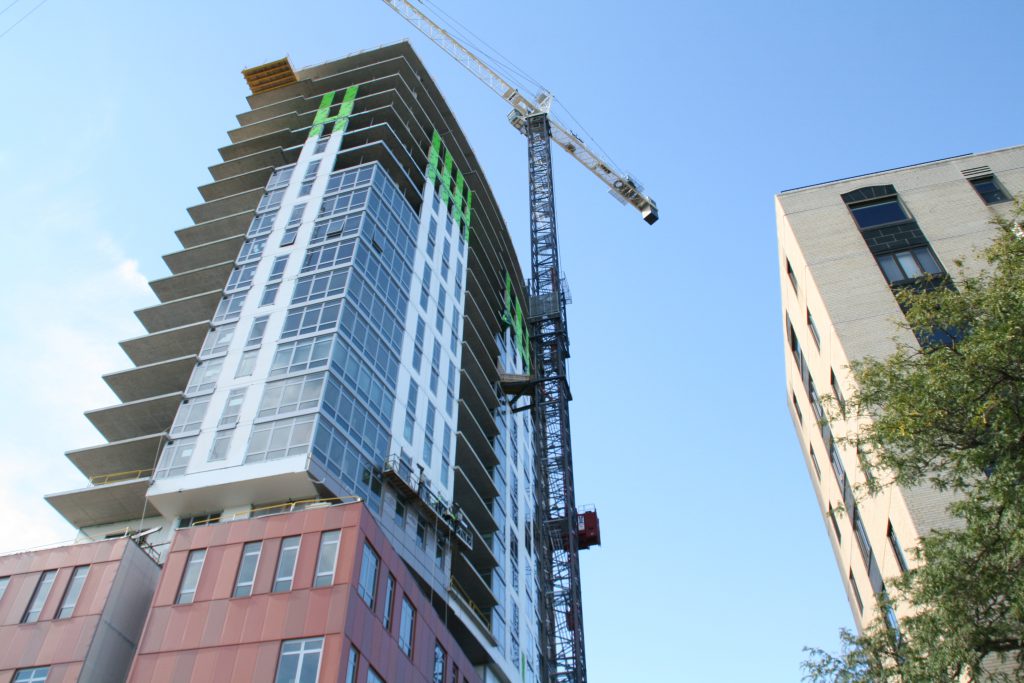 Saint John’s on the Lake’s new tower appears on pace to open in January 2020.

The 22-story, $123 million tower is rising at the southeast corner of the intersection of N. Prospect Ave. and E. Kane Pl. The non-profit provider of senior housing and licensed-care will link the tower with its existing campus, using it as a northern bookend to its ever-rising campus.

The new tower, to be known as North Tower, will join the former ten-story North Tower (now Central Tower, completed in 1979) and the 21-story South Tower (completed in 2011).

Much of the lower facade is now complete on North Tower, giving a clearer indication of what the final product will look like. Included in that is the slight curve on the building’s north facade that mirrors the slight curve on South Tower’s south facade. Beyond providing visual interest, the bump-out is, no doubt, intended to increase the amount of Lake Michigan that is visible from many of the units. A wider range of material colors has also been selected over what was presented in the original renderings.

The now-demolished three-story building, built in 1979, replaced an apartment building known as the Benjamin Flats that itself replaced a mansion. Prospect Avenue is perhaps best recognized as an always evolving street, including back to its time as a Civil War camp.

The new building will include 79 independent living units, 16 catered living units, a lecture hall/performance space and two levels of below-grade parking. The tower’s lower floors and an attached four-story building will include the 50 skilled nursing beds and 24 assisted living apartments that will be lost from the demolition of the 1979 building.

Construction, which began with the unceremonious demolition of a small garden, began in January 2018. A ceremony was held in April 2018. The 422,000-square-foot complex will open in January according to signs on the site.

If you’re looking to move in, the Saint John’s website boasts a number of floor plan options. But only three of the nine floor plans are still available. 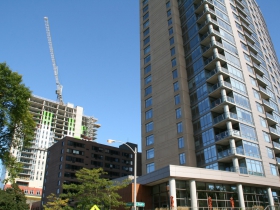 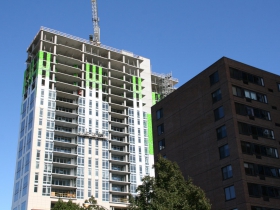 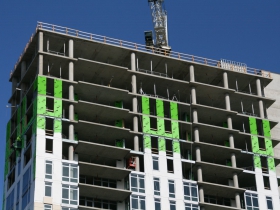 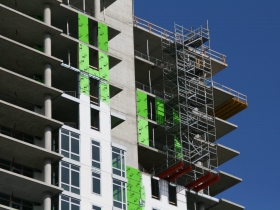 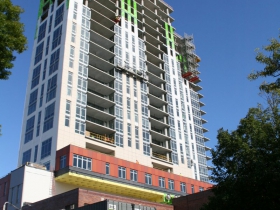 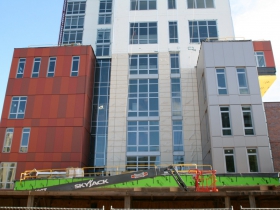