Your Boat Is Too Loud 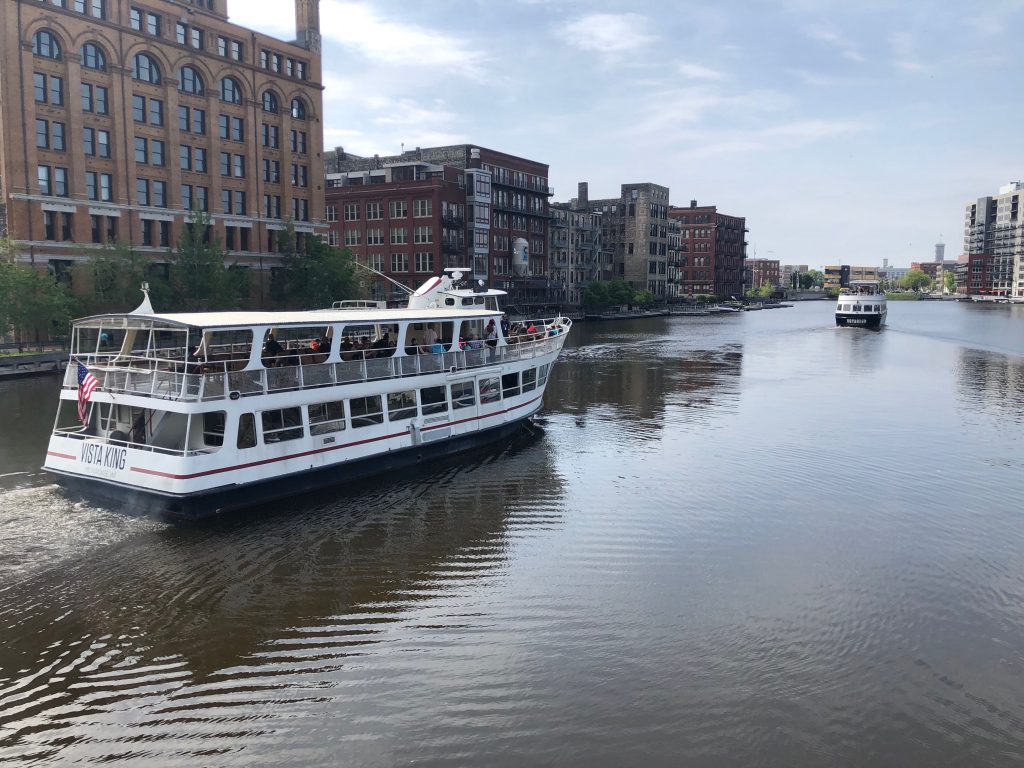 You might soon be able to get a ticket for making too much noise on a boat.

“This amendment is a response to loud boats traversing the Milwaukee River in front of condos,” said downtown Alderman Robert Bauman to the Common Council’s Public Safety & Health Committee Thursday. “It’s primarily some of the party boats that will go up and down the river with bands playing.”

“Turns out there was a void in our noise ordinance,” said Bauman. According to existing city ordinances, you can get a ticket for “loud, excessive or unusual noise” from your “passenger vehicle, truck, truck trailer, trailer, semi trailer or similar device intended to convey people or commodities.” And even if you could interpret that as meaning a boat, you had to be on land.

Under Bauman’s amendment, “boat or vessel” and “waterway” are being added to the applicable situations where fines could be issued by the Milwaukee Police Department.

But don’t expect the MPD’s boat to be cruising around looking for loud boats. “This would remain complaint-based,” said Bauman.

Port Milwaukee Director Adam Schlicht said the ordinance will not impact freighters or boats needing to make sounds for safety reasons. “There is a contingency within the ordinance for those noises required by law,” said Schlicht.

“Do we hear a lot of complaints from port vessels?” asked Alderwoman Chantia Lewis.

“I don’t see anyone complaining about boat horns from 1,000-foot ore freighters,” said Bauman. “This is about party boats going up and down the river.”

According to the existing noise ordinance, sound levels need to exceed 60 decibels (and at least five decibels above ambient noise) at the lot line of the affected property in the “Downtown District.”

A noise nuisance ticket could be issued if the sound travels more than 50 feet according to existing regulations. That could prove to be a problem for boaters. “The noise does carry across water quite effectively,” noted Bauman.

Temporary noise variances are available from the city.

The measure was unanimously passed by the committee. It will next go before the full Common Council.

In 2018 the city reduced the duration of bell ringing on downtown bridges from approximately five minutes per opening to one at the request of downtown residents.

One thought on “City Hall: Your Boat Is Too Loud”