Strikers Call for a Climate Emergency 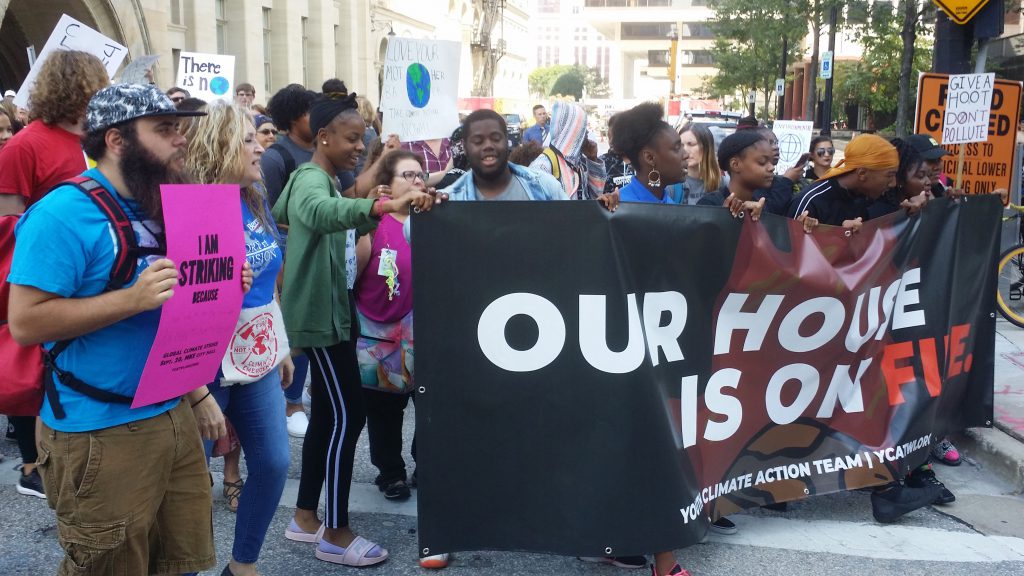 The strikers, organized by the Youth Climate Action Team (YCAT), demanded that Gov. Tony Evers, the city government and the county declare a climate emergency.

NASA’s Goddard Institute for Space Studies found that global temperatures in 2018 were .83 C (1.5 F) warmer than the mean temperature between 1951 and 1980. The past five years have been the warmest in modern history.

World Wildlife Fund’s 2018 Living Planet report found that global wildlife populations have declined by 60 percent between 1970 and 2014. Half of the Earth’s shallow water corals have been lost in the past 30 years and a fifth of the Amazon has disappeared over the last 50 years.

Organizer Ayanna Lee, 17, suggested that if people want to help combat climate change, they should talk to others about what’s going on, call their legislators and talk to their alderman. She said that YCAT has online calls every week on Sundays for youth to discuss what’s going on and to help plan events.

The city’s efforts to reduce energy use and fight climate change are led by the Environmental Collaboration Office (ECO).

“A day like today shows that there’s more and more people that are getting interested in knowing that this is a priority and continuing to work together to find solutions to these issues,” Donath told Urban Milwaukee.

He suggested people volunteer for local cleanups, protests and push for legislative change.

See the march for yourself below. 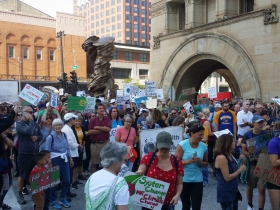 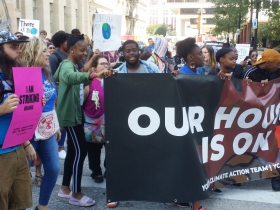 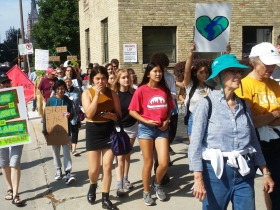 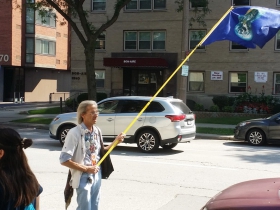 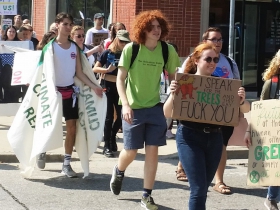 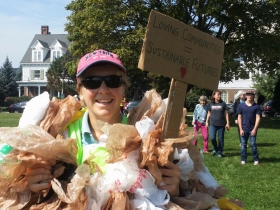