Some School Districts Could Disappear 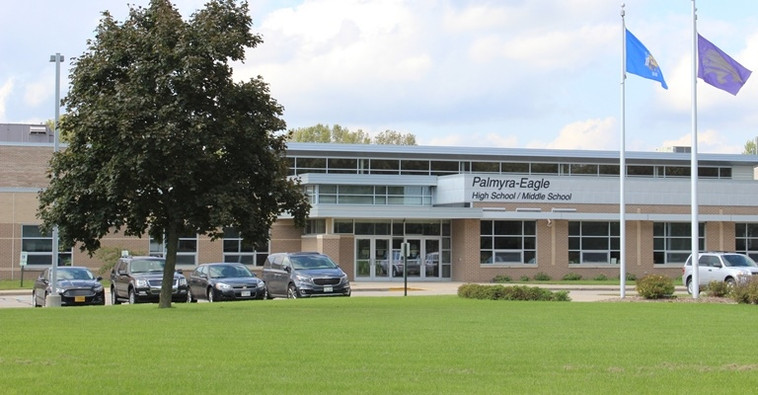 Wisconsin will have fewer school districts in the next few years. The question if not if, but how many districts will disappear.

Because of declining enrollment, the Palmyra-Eagle school district recently voted to dissolve itself. In August, Urban Milwaukee reported that the St. Francis school system faces challenges to its continued existence. Smaller districts across the state are considering dissolving or merging with a neighboring district.

A lack of school funds is exasperating the situation, but it is only part of the problem. Smaller family sizes, a shrinking rural population and open enrollment all play a role.

In 2000, Wisconsin was below the national average in individuals per household at 3.05 individuals. By 2017, Wisconsin’s average dropped to 2.41. Last year Wisconsin’s population grew by only 0.35 percent, 39th in the nation. In many districts that means there are less kids to educate.

Rural areas are often hit the hardest. In 2017, 352 dairy farms went out of business; in 2018 that jumped to 691. Less farms means less children to educate. Add to that the businesses and shops in a town nearby that once supported those families. They now stand empty and boarded up; those shopkeepers and their families are gone, too.

Open enrollment allows students from one district to attend another district. A statewide drop in student enrollment is leading to a mad scramble by school districts trying to grab as many students as they can from neighboring districts.

Not everyone sees this as a tragic outcome.

In 2013, the Center for American Progress looked at district consolidation and listed Wisconsin as one of the states with the highest number of school districts for its population in the nation, with 446 districts. Compare that with states organized around countywide districts. Maryland has only 24 districts; Florida, with a much larger population than Wisconsin, has just 73 districts.

The Center for American Progress estimates that Wisconsin could save $37 million in taxpayer dollars if smaller school districts were consolidated.

In 2018 the four districts comprising Nicolet seriously considered consolidating into a single district but community members did not want to change from the existing structure.

The Center for American Progress is quick to point out that consolidation, while it would probably save money, may not always improve education. While its report states that the ideal size for a school district may be between 2,000 and 4,000 students, one size does not fit all. School districts must also reform their school-management system. A large district may have bureaucratic waste; smaller districts may not use the best practices in procuring goods and services or use the best management practices.

Consolidation is difficult to pull off, says Butler, if one district holds most of the cards while another district has less to offer and comes in with a load of debt. Four years ago the state budget included money to encourage school districts to consolidate, adds Butler, but Governor Scott Walker vetoed that provision, arguing that if consolidation would save districts money there was no need for state government to provide additional funds to make that happen. In the last budget cycle, no such provision was offered.

In recent years, Butler sees a lot more curriculum coordination among the various school districts feeding into a union high school. No one wants eighth graders coming into the high school algebra class having been taught mathematics four different ways from four different districts. Butler says districts like Arrowhead have a number of shared administrative agreements and try to coordinate their educational programs.

The biggest obstacle to consolidation, especially if the closing of a high school is involved, is the loss of community identity. I heard those concerns in St. Francis when there was discussion of possibly closing its high school and merging with Cudahy. Butler heard similar concerns involving other districts as well. In a small town, you will see T-shirts in the high school’s colors at the hardware and grocery store; half the town shows up for the football and basketball games; and the games are often broadcasted on the local radio station. A loss of a high school is a loss of community identity.

School consolidation is tough, and Butler believes that shared services between neighboring school districts might be an easier sell to the communities. But even this is likely to work only if school districts are willing to work together. A stronger district, both financially and educationally, may feel little incentive to cooperate with its weaker neighbors. In that case, there are likely to be more Wisconsin school districts which simply vote to dissolve and throw the problem of school redistricting back to the state.

One thought on “The Educator: Some School Districts Could Disappear”