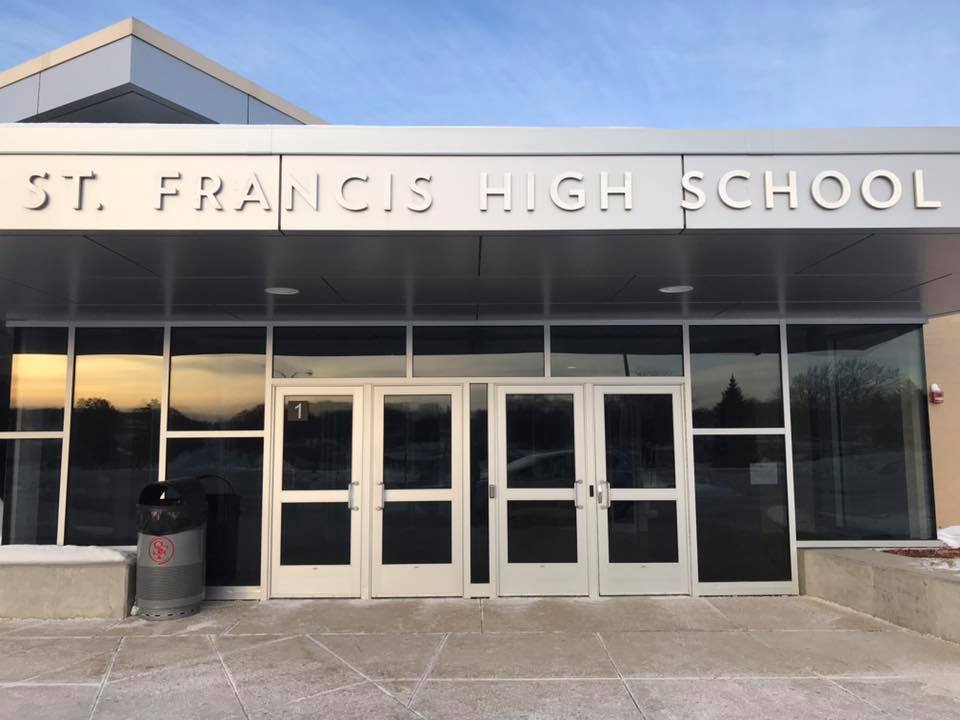 St. Francis School District, without fundamental change, will have difficulty surviving. This is not supposed to happen to a suburban school system.

But it is happening.

Dying school systems are more likely to be seen in remote rural areas where farms have folded, businesses have closed and families with children have moved away. The state has provided “sparsity aid” to keep schools open where enrollment is low and school consolidation means prohibitively long bus rides.

St. Francis faces a significant enrollment decline, but it is not in some isolated area. Its intermediate school is only a couple of blocks from the city of Milwaukee. Its high school sits on the border of the neighboring suburb of Cudahy.

Adding insult to injury, Cudahy High School then refused to admit students from St. Francis because Cudahy stated it was overcrowded. St. Francis had no high school, so its students had usually attended either Cudahy or Bay View high schools. When the consolidation with Cudahy was rejected in February 1961, St. Francis quickly approved a one-million-dollar bond to build its first high school, which opened in 1963.

In 2000, the district had 1,191 resident students. Today that’s down to 672 students, a 43 percent decrease. For the high school, the numbers are worse. In 2018, 56.6 percent of its students came from outside the district, mostly from Milwaukee. If its high school would rely only on resident students, the high school would have a little over 200 students. Those numbers will likely continue to drop.

St. Francis has relied on the state system of open enrollment to maintain its student population. Open enrollment allows students from one school district to attend schools in another district. The receiving district receives funding from the sending district, but the amount of money is usually less than the average per-pupil expenditure.

St. Francis must either lower its costs for all students or ask its citizens to pay higher taxes to support open enrollment students. This is the price St. Francis residents must pay in order to maintain its student enrollment.

For decades, white residents in Milwaukee’s Bay View neighborhood rejected sending their children to what they saw as substandard Milwaukee schools, principally Bay View High School. However, that situation has changed. Nearby alternatives are improving, says a study by MDRoffers Consulting, which was commissioned by the St. Francis schools to study future enrollment. Other nearby MPS schools are Fernwood and Bay View Montessori, and Reagan IB High School, all of which are seen as desirable school alternatives for southeast Milwaukee parents. Milwaukee’s Bay View neighborhood has become more Latino, a group that is more willing to consider the local Bay View High School as an acceptable option. That means St. Francis High School is unlikely to attract top academic students from Milwaukee. In addition, the consultant’s report states that richer surrounding districts, which can offer more programs, are more likely to attract open enrollment students than St. Francis.

These changing enrollment dynamics mean that St. Francis is receiving more educationally challenged students who also require more support services. St. Francis superintendent Blake Peuse emphasizes that students who come to their schools, whether local residents or open enrollment students, are embraced and treated as their own. Nevertheless, while its elementary and intermediate schools exceed expectations on last year’s state report card, and have only a quarter of its students coming from open enrollment, its high school meets few expectations on its state report card.

It might take a little work, but all the high school students living in St. Francis could fit into Cudahy High School. But merging St. Francis and Cudahy into a single district would be a tough sell. St. Francis has fought fiercely to maintain its city’s identity. The loss of its public high school would damage that identity. Nor would Cudahy want to assume the over half-million-dollar debt per year St. Francis schools will face — any more than it was willing to assume the St. Francis water bill in the 1960s. Consolidation may ultimately save money for both communities, but that might be somewhere in the far future.

St. Francis is looking in other directions.

Many residents see the condos being built along the lakefront as a source of student enrollment. But MDRoffers Consulting states that an increase is unlikely. From the present 500 condo units overlooking Lake Michigan, only five students attend St. Francis schools. The smaller existing house sizes appeal more to older empty nesters than to growing families.

If large scale open enrollment is a financial challenge, and an increase in resident students is unlikely, the only alternative is to shrink the school district’s footprint.

The school district contracted the Wisconsin polling firm, School Perceptions, to poll the community on several alternatives. The poll stated that the budget shortfall would grow to over $600,000 per year in the next five years and presented four options:

A plurality of those taking the poll supported closing Deer Creek Intermediate and consolidating K-8 into the Willow Glen School. They were willing to approve a referendum to upgrade facilities and deal with the budget shortfall.

However, more than 20 percent in the poll were unsure of those measures. The “yes” poll never reached 50 percent. Bill Foster, who works with School Perceptions, points out that a poll is a snapshot in time. Almost a year passed between the poll being taken and the vote on the referendum. A lot can happen in that time, reflects Foster. Still, school officials thought they had a chance of passing a referendum. They were not prepared for an overwhelming defeat.

In February 2019, voters were asked to approve $7.25 million to close Deer Creek and consolidate all K-8 grades in an expanded and renovated Willow Glen Elementary. The referendum failed badly: 62.8 percent no to 37.2 percent yes.

The referendum failed for a number of reasons:

Parents saw their children getting less with the referendum: Class sizes on the elementary level would increase, and some students would have farther to travel to school. Parents against the plan were better organized than those that supported it.

A large percentage of the citizens do not have children in the school system. The district emphasized that the referendum would result in no tax increase. However, because of a drop in enrollment, taxpayers were actually slated for a tax decrease. Probably many voters opposed a tax increase to save the school system.

But most voters may not understand the dire financial situation of the district. People went to public forums and peppered board members with questions. Facebook chatter concentrated on the anger parents had over the possible closing of Deer Creek. Almost no one commented on the financial situation of the district. The district has portrayed itself in the best possible light. If the district would frankly state that its future was tenuous, citizens might rally to save it, but they might also flee the district in droves. Ironically, the district’s emphasis on the positive may have given the public a false sense that the referendum was not required.

The plan did nothing to address the major problem of declining enrollment at the high school. If anything, it exacerbated the problem. The plan called for freezing open enrollment on the elementary level. That would mean the high school would increasingly require additional open enrollment students who had no previous education from the St. Francis school system. On the surface it would appear that the high school situation played no part in the referendum’s failure, but who knows what was going on in the back of the minds of St. Francis voters.

School board members are reluctant to discuss alternatives. Superintendent Peuse was more forthcoming, but emphasized that the school board, not the superintendent, makes the final decision.

Parents against the referendum held out hope that more condo development would increase local enrollment even though the school district’s own consultant said otherwise. In my interview, the superintendent also held out hope that they could find a way to encourage families with children to move into the small single-family homes even though the consultant said otherwise. Peuse admits he may be looking at the situation through rose-colored glasses.

Deuse believes St. Francis can manage the decline in the resident student population at the high school without any major impact to its program. But as a former Milwaukee teacher and school board director, I have seen how this has played out before. A school may have a slow decline in its program and enrollment. Then comes a tipping point where the school is in free fall. Now that St. Francis High School has dropped below 50 percent resident students, is it reaching a point where citizens abandon the school?

School officials and much of the public do not want to accept that a smaller local school population is inevitable and are trying to just hang on until somehow the student population increases. Yet it would take several years for new housing to be developed on the limited open land that would attract families with children. And a turnover of existing single-family homes from an older population to families will take years to have any impact if at all. Can St. Francis hold on for another five or ten years to see if this will happen? And will it happen?

The district can maintain a single elementary school; the high school is more problematic. Even if a new referendum would pass, more money would not solve the district’s major problem – a lack of students. Without major changes, it is difficult to see how St. Francis can continue as an independent school district far into the future.

Terry Falk is a former Milwaukee School Board member and longtime MPS teacher.

3 thoughts on “The Educator: Can St. Francis Schools Survive?”