Ciclovia MKE returns. Mix and mingle, walk or go for a bike ride on September 14th. 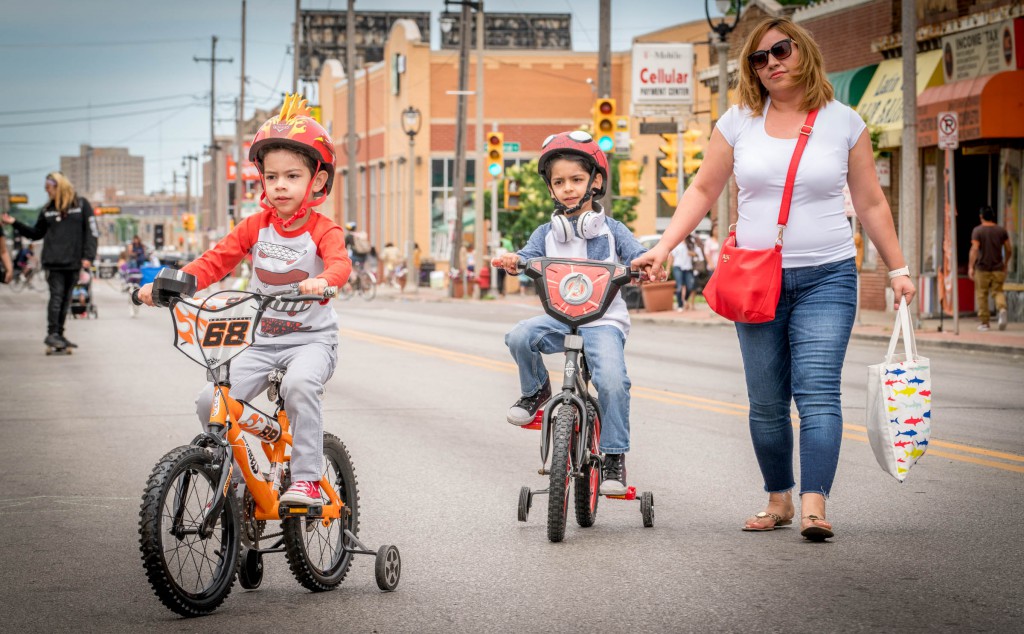 Approximately one mile of Milwaukee’s increasingly chaotic streets will be turned over to pedestrians and cyclists Saturday afternoon.

The annual Ciclovia MKE open streets event seeks to create a safe place for people of all ages to ride a bike, take a walk or even dance. The event takes from 3 p.m. to 6 p.m. on Saturday, September 14th.

Hosted locally by the Clarke Square Neighborhood Initiative, the event is part of an international series of events focused on promoting healthy and safe lifestyles. The concept of a “ciclovia,” Spanish for cycleway, can trace its roots back to 1974 in Bogota, Columbia. But the idea has now spread well beyond South America and car-free, open streets events are held in big cities across the globe.

“It’s kind of like an open house for neighborhoods,” said Tri City National Bank vice president and south side leader Ivan Gamboa in 2015. And with that in mind, the event is not structured to let you ride the course as fast as possible.

Throughout the event there will be a host of activities to engage in, including yoga, face painting, an imaginative park from MKE Plays, courses on bike safety and more. Representatives from the Milwaukee Police Department to Safe & Sound and from Bublr Bikes to Artists Working in Education will be on hand. Our partners at the Milwaukee Neighborhood News Service profiled a growing row of businesses on the stretch that will be open during the event.

The event comes as city leaders make a push to clamp down on reckless driving. One of the intersections on the route (S. Cesar Chavez Dr. and W. Greenfield Ave) is even subject to a special enforcement effort known as Take It EZ.

2 thoughts on “Transportation: Car Free, South Side Streets on Saturday”