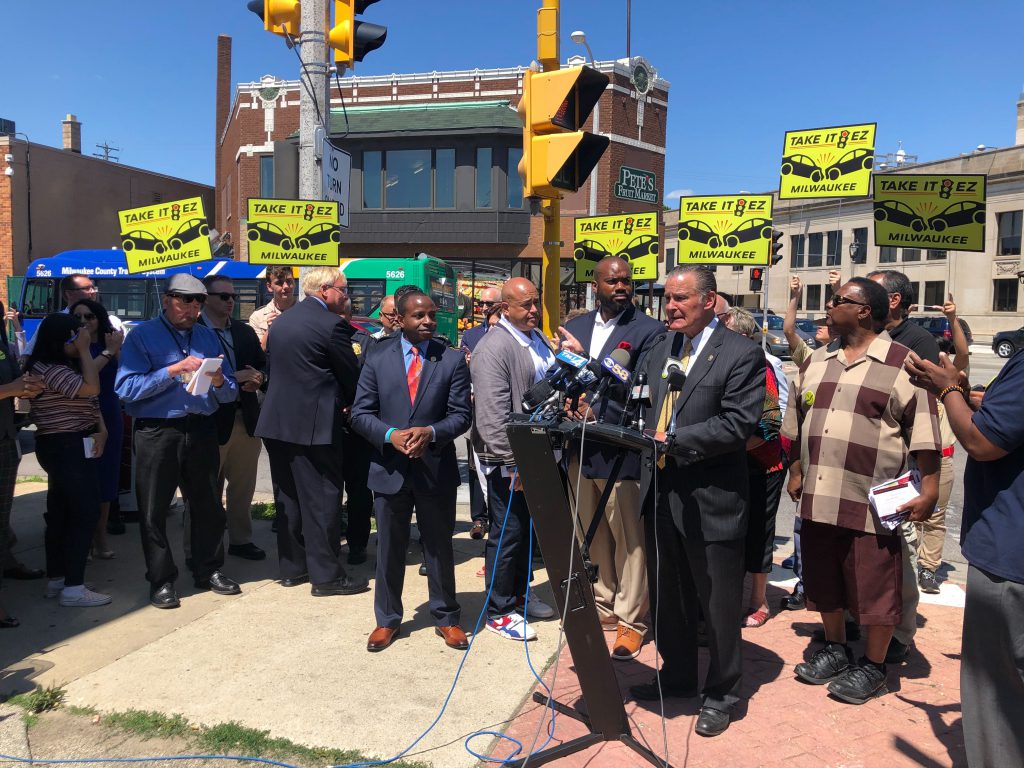 “I think everyone agrees Milwaukee is faced with some serious challenges when it comes to speeding and reckless driving,” said Donovan at a press conference Monday morning.

But enforcement isn’t the only component of the campaign. “To combat a problem in Milwaukee you need three things, engineering, education and enforcement,” said police chief Alfonso Morales.

Donovan was able to raise $15,000 from Hupy & Abraham, Kohn Law Firm and the non-profit Operation Impact in the past month. Those funds will go towards police overtime.

“One of the things I’m most proud of is the buy in from the funders,” said Donovan. “Government can only do so much. We need the help, we need the support, to address the issue.”

Donovan and Morales were joined by a large group at the press conference, including District Attorney John Chisholm.

“One thing we know for certain is these tragedies are preventable,” said Chisholm. “Our goal is very simple: let’s get people to start thinking about what they’re doing when they’re driving.”

State Senator Van Wanggaard, a longtime Racine police officer, was also on hand. The Racine area representative helped Donovan model the campaign after a long-standing Racine program. He pledged the state would find resources to support the effort.

Council President Ashanti Hamilton and council members Cavalier Johnson, Mark Borkowski, Russell W. Stamper, II, Nikiya Dodd and Jose G. Perez stood behind Donovan as he introduced the campaign. “We really want to give the visual there is no section of the city unaffected by reckless driving,” said Hamilton.

Former Alderman Joe Davis, Sr. also spoke in his new role as Regional Program Manager with the Wisconsin State Patrol. “This is not about stopping and citing motorists,” said Davis. “This is about contacts.” Public service announcements will run on the side of four Milwaukee County Transit System buses and four Clear Channel billboards. Boys Scouts of America Troop 11 is helping place signage.

The campaign will formally launch on Saturday.

“We have made great strides with enforcement, but there is still work to be done,” said Morales. Part of that work got done during the press conference as a motorcycle office pulled over a driver turning north on S. Cesar Chavez Dr.

But as to a broader allocation of resources, Morales declined to provide detail on officer assignments.

The campaign comes as officials consider a series of measures to improve safety on city streets. The city passed a Complete Streets policy in 2018 designed to address long-term street design issues. A reckless driving task force, led by Alderman Michael Murphy, is also preparing a series of recommendations.

A recent police department report detailed a steady increase in crashes leading up to 2019.

Mayor Tom Barrett and Sheriff Earnell Lucas are supporting the campaign, but were unable to attend the press conference. 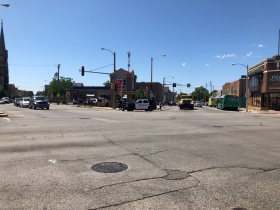 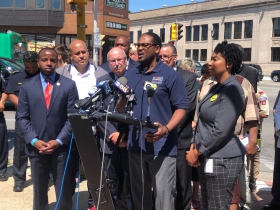 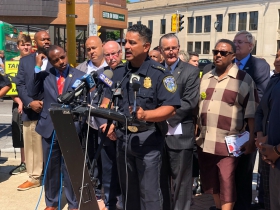 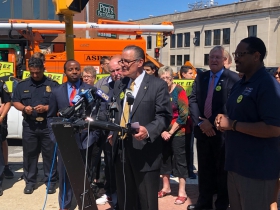 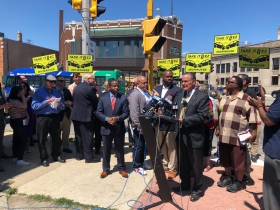