South Side Has Bustling Fashion Scene 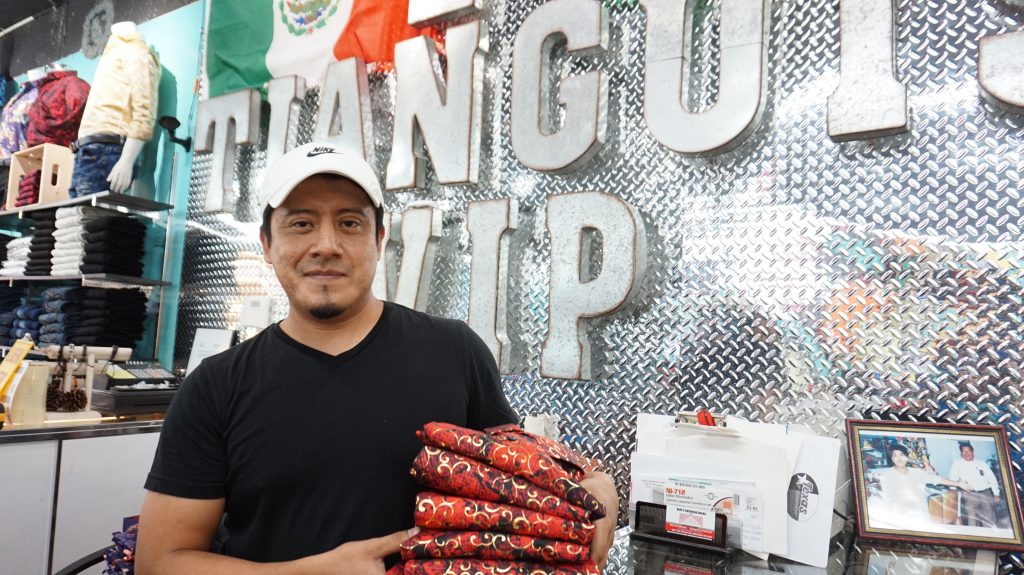 Walk between West National and Greenfield avenues on the Near South Side, and you will see a vibrant fashion destination, with at least half a dozen locally owned clothing stores that sell styles not found anywhere else.

Just ask Appleton resident Dulce Goiz, who recently drove to Milwaukee to shop at El Rey but decided to explore other stores nearby.

Drawn into Sayury’s Clothing by the trendy women’s styles in the window, Goiz said she was looking for boots in a particular shade of blue. There are only two stores in Appleton that appeal to her preference for the feminine, sexy clothing in colors she would find in Mexico, she said. 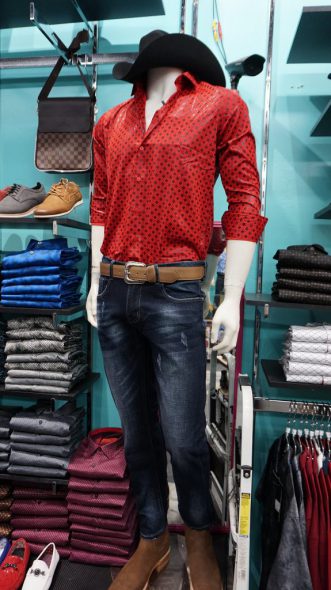 Rivera’s draws customers from all over Wisconsin, northern Illinois, Minnesota and Michigan.

Lopez said his customers like Duranguense, Banda and Corridos,  genres of regional Mexican music created in the 1990s and popularized in the 2000s.

Recently, he noted, El Tianguis’ merchandise has become a fusion of urban cowboy and casual wear.

A focus on economic development

Since the Cesar Chavez Business Improvement District was established in 2009 and residents working through the Clarke Square Neighborhood Initiative created a Quality of Life Plan for the neighorhood, the initiative and the BID have partnered to prioritize economic development along Chavez Drive, said Ian Bautista, the initiative’s director.

One of the initiative’s efforts, the Farm Project, seeks to make Chavez Drive a destination by focusing on arts and culture. Some of the Farm Project’s additions include a bronze statue of Latino labor and civil rights leader Cesar Chavez, an artist-in-residence program and a renovated space for pop-up businesses with an art or cultural focus.

Since 2016, the city has invested almost $83,000 in storefront improvements and public art on the Cesar E. Chavez commercial corridor. An additional $410,000 in private investments brings the total to almost $500,000, according to Natanael Martinez, commercial corridor manager at the City of Milwaukee Department of City Development. He anticipates that an additional $28,000 will be invested in storefronts by the end of the year.

The latest round of Chavez Drive pop-up entrepreneurs will be introduced at Ciclovia. See details below.

Other clothing stores on Chavez Drive:

Where: Meet at the corner of South Chavez Drive and West Greenfield Avenue.

Why: Don’t miss the chance to experience the culture of Chavez Drive. For the fifth summer, residents and visitors will take to the streets using any mode of transportation that isn’t motor-driven — walking, biking, running, dancing, rolling. The goal of the free open streets celebration is to promote social, health, environmental and economic growth and connect Milwaukee’s diverse Near South Side neighborhoods.