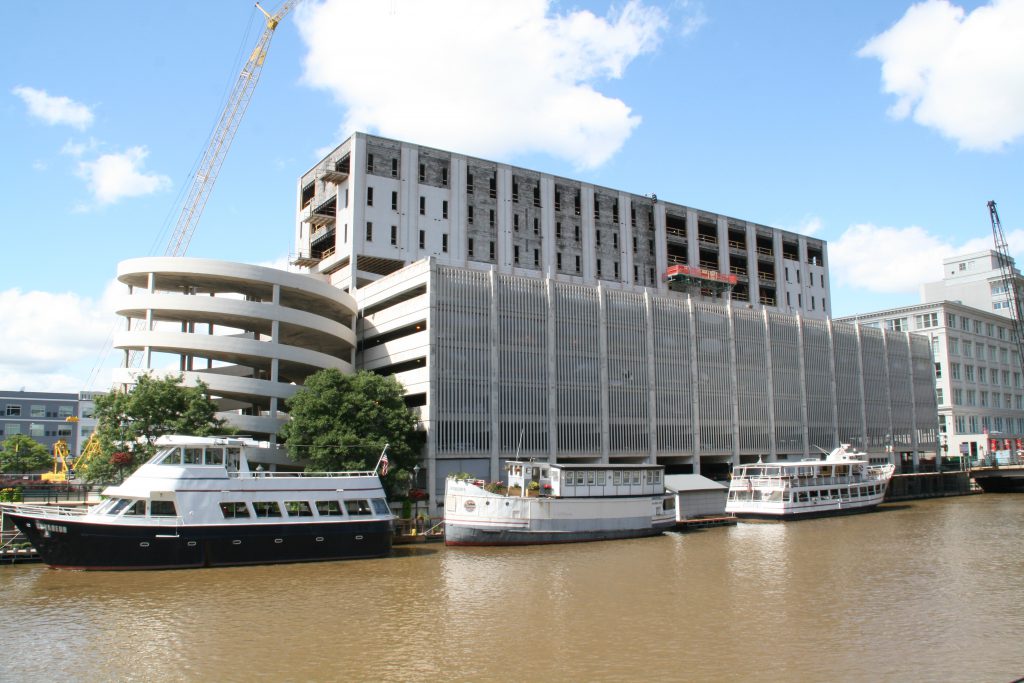 The future home of Rexnord Corp. Photo by Jeramey Jannene.

A drab office building and parking garage are getting a comprehensive overhaul as part of a project to create a downtown home for industrial conglomerate Rexnord.

The firm will become an anchor tenant in the redevelopment of the two-building complex at 105-111 W. Michigan St. 111 Michigan Partners LLC acquired the building from long-time owner Towne Realty, an affiliate of Zilber Ltd, earlier this year for $14.4 million.

Included in the deal was a 100,250-square-foot, five-story building at the corner of N. Plankinton Ave. and W. Michigan St., as well as a 10-story building with three floors of office space atop a seven-story parking garage located immediately east. The second building contains 50,618 square feet of office space according to city records. The parking garage is listed at 660 stalls.

And while neither the company nor the developer have publicly confirmed it, the nice folks at the Department of Neighborhood Services have labeled the project as “105-111 W. Michigan St.- Rexnord” in their public records. The plans show executive offices, a fitness center, a new staircase, repaired parking structure and bigger windows.

A commercial alteration permit filed with the city lists the job as costing $8,621,430.

The complex on W. Michigan is one of many buildings in Westown being redeveloped. The Shops of Grand Avenue, located kitty-corner from the 111 building, is being redeveloped into a mixed-use facility anchored by engineering firm Graef. Just north of the former mall the Milwaukee Symphony Orchestra is transforming the former Warner Grand Theatre into a music hall. Immediately west of the Rexnord building, a Cambria Hotel just opened.

The complex Rexnord will soon occupy is largely vacant today. It was recently home to long-term care center operator Fortis Management Group, which filed for receivership in 2017. Fortis, formed from an acquisition of previous complex tenant Extendicare, announced it would close the Milwaukee facility by September 2018 as part of selling off its 65 care centers. 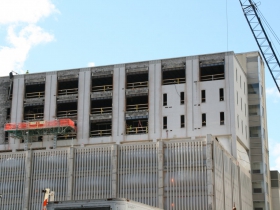 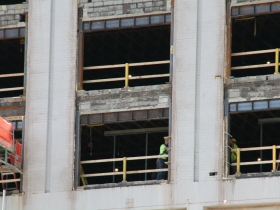 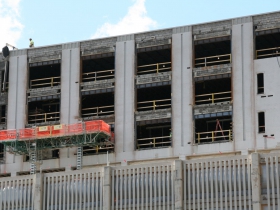 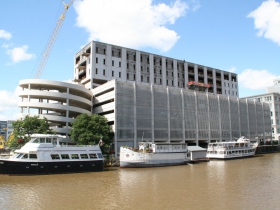 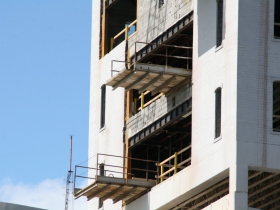 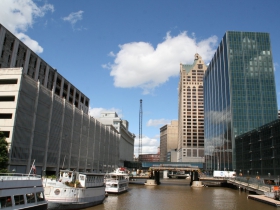 One thought on “Friday Photos: Rexnord Will Occupy Downtown Buildings”