George Schlinger came from Prussia, had 14 children and some heartbreaking losses. 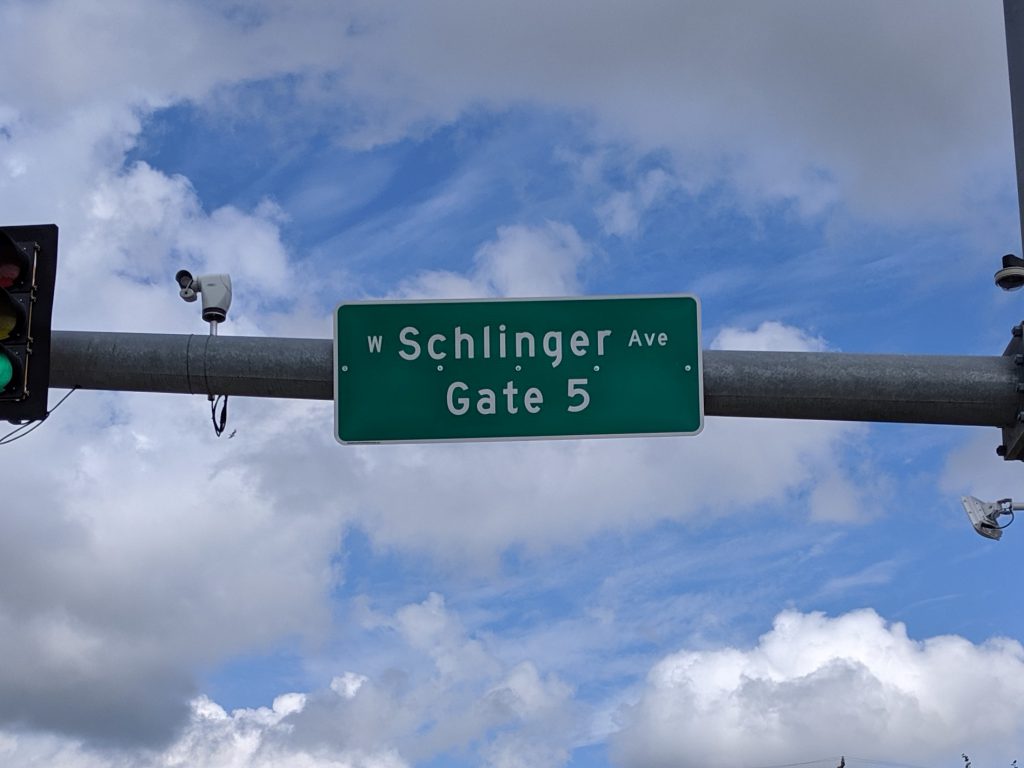 George Schlinger was a wolf hunter extraordinaire. He was also a successful barrel maker and farmer. But he and his wife, Maria Degan, suffered some heartbreaking losses. Six of their 14 children did not reach adulthood. One of their daughters, along with a granddaughter, disappeared, and it was not until 30 years later that their vanishing was explained. To add to the Schlinger’s tragedies, their youngest son was murdered.

During the 1870s, farmers in what were then the wilds of Wauwatosa, Elm Grove, and Brookfield, called upon George Schlinger when packs of wolves devoured their sheep or when their barnyard fowl were claimed by foxes. Schlinger was born 1809 in Prussia, where he honed his hunting skills before coming to the town of Wauwatosa in 1851. Schlinger’s farm was at the south end of the township near what is now W. Schlinger Avenue.

With his well-trained hounds, his sons, and maybe one or two other hunters, he would trail the wolf pack, for several days if need be, and he was always successful in either capturing or killing his quarry. Schlinger, whose name was also rendered as Schlenger, kept his skills as he aged. In one series of hunts when he was 72, he killed two of the three wolves shot by his party, and seven of the 13 foxes.

His sons continued the family tradition, sometimes traveling as far as Iowa, where on one trip they killed seven wolves. The brothers gave some of their specimens to the forerunner of the Milwaukee Public Museum, the German English Academy’s Natural History Society. Among the donations were a Snowy owl, a silver-grey hawk, and several fox skins.

Clara Grace Schlinger, the eldest of the Schlinger’s daughters, married neighbor Edward Millington just before the Civil War. During June of 1862 their daughter, Laura, was born. Two months later, Millington began his service in the Union Army and within a year he paid the ultimate price, leaving Clara a widow. 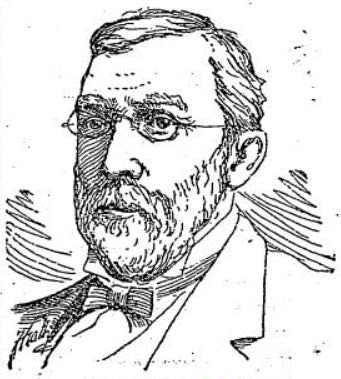 In 1865, a few months after the war ended, Clara and Laura disappeared. Not coincidentally, so did Henry Roddis, the nephew and employee of Edward Roddis, owner of one of Milwaukee’s largest meatpacking companies. Roddis was born in England in 1841 and married his uncle’s servant, Sarah Jones, in Milwaukee during the war. When Roddis disappeared, he left Sarah and two children behind.

Henry Roddis had been given thousands of dollars of his uncle’s gold to buy land in the South, where prices were depressed after the war, but he never made the contacts there he was expected to, and he and the gold vanished. His family suspected that he had been robbed and murdered. However, Roddis and Clara, both in their mid-twenties, were actually alive and well. Along with three-year old Laura, they traveled west where they would not be known. They settled in Cherokee County, Iowa, in the northwest part of the state. The couple had no reason to expect that they would be identified there; they were the first settlers in the 36-square-mile area known as Sheridan township.

They raised eight more children on their farm, and they racked up a few firsts in the township history, in addition to being its first residents. They built the first sod dwelling, and then the first home made of lumber. Their son, Ezra, was the first white child born there. Henry Roddis was involved in arranging the community’s first religious service and in forming its first Sunday school and later became a teacher in the public school. There was little chance of being detected in a township where the total population would always be counted only in the hundreds, so Roddis kept his name and became a leading citizen.

Over the years, Roddis’s Milwaukee wife began to suspect that Roddis had deserted her when she heard stories that Clara Schlinger Millington had been seen with Roddis shortly before their disappearance. Her son had died, and she did not want her other child, the daughter to hear that Roddis may have deserted the family, so she kept quiet about the possibility, but mentioned it to her confessor at St. John’s Episcopal Church, James Slidell.

Twenty-nine years after the disappearance, in 1894, Slidell was visiting near Cherokee County and after hearing the Roddis name mentioned, investigated the matter and determined that Henry Roddis was the deserter. Slidell returned to Milwaukee with the news and found that George and Maria Schlinger, now well into their 80s, had moved to Cherokee County two years earlier to be with their daughter, Mrs. Roddis.

In 1895, a Milwaukee lawyer went to the Roddis farm and threatened Roddis with jail unless he agreed to a settlement with his Milwaukee family. He told Roddis that if he had married Clara he could be prosecuted for bigamy, and if he hadn’t, he could be charged with adultery. Roddis agreed to a settlement, then sold what he could of his Iowa possessions, and with the entire proceeds, disappeared again.

During the next three years, both George and Maria Schlinger died in Cherokee County. It is not known when they discovered that Clara was living in Iowa or whether they knew that Roddis had deserted his Milwaukee family. After their deaths, Clara moved to Minnesota where she rejoined her husband who had been living with one of their sons. Clara died there in 1904 while Henry Roddis expired in Florida in 1913.

In 1892, while the Schlingers were still living in Wauwatosa, they received the news that their youngest son, George Jr., had been robbed and murdered in Texas. He had $4,000 dollars in Southern Pacific Railroad payroll money that he was going to distribute to employees when he was killed.

West Schlinger Avenue, named for the Schlinger family during the 1920s, begins on the west side of Wisconsin State Fair Park at S. 84th Street. It forms the border between West Allis and Milwaukee for six blocks until it runs entirely within West Allis on its way to S. 105th Street. The north side of the street, the Milwaukee side, is largely commercial while the West Allis side is mostly residential. 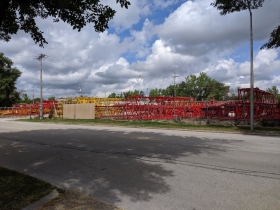 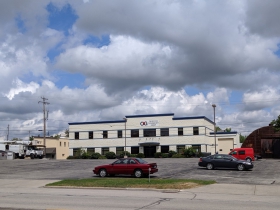 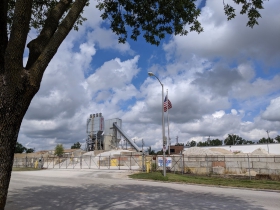 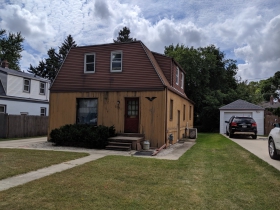 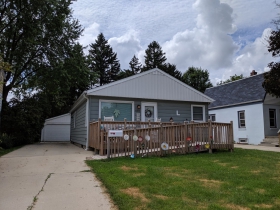 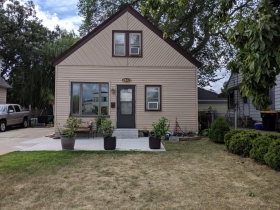