Plus: A new downtown coffee bar. And Dino's in Riverwest and Kindred in Bay View close. 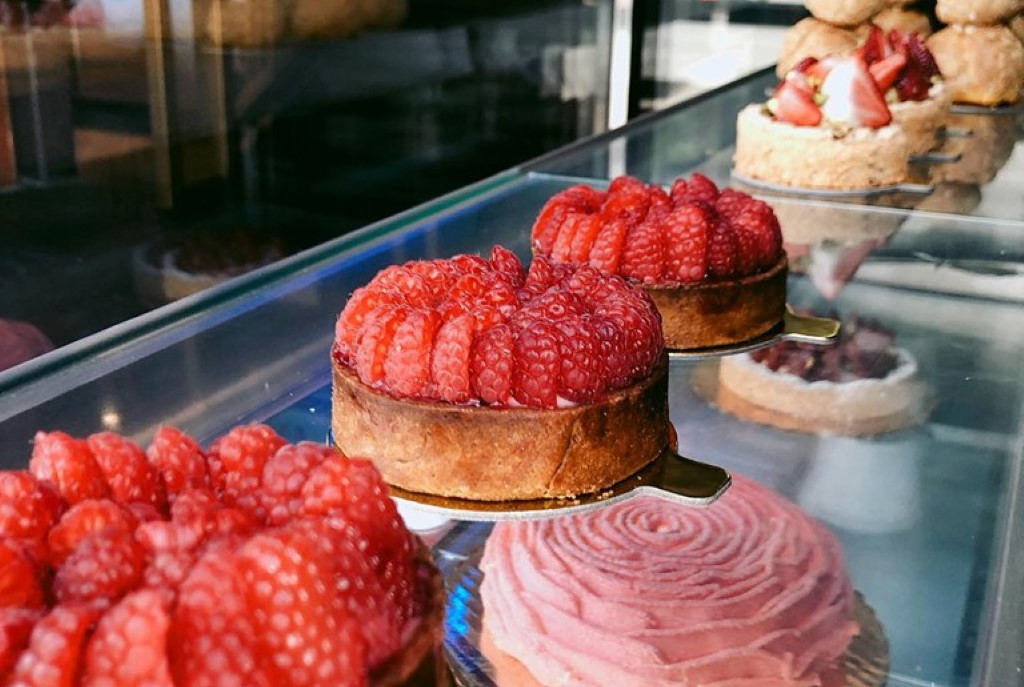 A new cafe specializing in gourmet desserts has popped up in the Third Ward. The eatery, called Odyssey Patisserie, opened this past week at 222 E. Erie St. The space was formerly used as the front bar and lounge for Char’d. The new cafe is now led by Char’d pastry chef Byungwook Lee and his assistant, Olivia Olander. Lee’s past experience also includes work at Thomas Keller‘s Bouchon Bakery and Chef Eric Ripert‘s Le Bernardin in New York.

The menu will change roughly every two months, and will incorporate seasonal and holiday-specific ingredients. OMC’s Lori Fredrich takes a look at the current menu, which will be available until “sometime” in October:

Among the options, you’ll find banana pudding, Portuguese egg custard tarts, and beautifully crisp canneles, little fluted rum cakes that feature a delicious custard-like interior set off by a crisp, caramelized exterior ($3 each). They’d be perfect alongside a cup of coffee or tea in the afternoon…

Chocolate religieuse is essentially a duo of cream puffs (one the size of your fist, the other smaller) stacked and glazed with rich chocolate glaze ($6). They’re filled with a combination of chocolate pastry cream, mascarpone cream and caramel, giving them a balanced, nuanced sweetness that’s perfect for the chocolate lover.

Larger and “more intricate” pastries and desserts can be purchased for prices ranging from $25 to $50. Outside of purchases made at Odyssey, the cafe’s pastries are also available during regular hours at Char’d (4:30 to 11 p.m. Tuesday to Saturday, 11:30 a.m. to 9 p.m. Sundays). Odyssey Patisserie is open from 11 a.m. to 4 p.m. Tuesday to Sunday.

Wahlburgers, the burger chain owned by actor Mark Wahlberg and his brothers Paul and Donnie, announced in January that the company’s first Wisconsin location would open at The Corners of Brookfield (20111 W. Bluemound Rd.). While the restaurant was originally slated to open over the summer, it appears the chain’s debut is less than a month away. Wahlburgers’ parent company, Hy-Vee, Inc., has announced the burger joint will open on September 24th.

The restaurant will be opening in a 6,000-square-foot space at 325 N. Market Street, Suite 104, on the northeast side of the The Corners shopping center according to a press release. Patrons visiting Wahlburgers can expect “a unique dining experience featuring signature burgers, chef-inspired recipes, home-style sides, fish, chicken and vegetarian options, and a full bar including specialty drinks such as adult frappes and floats,” states the release.

The restaurant is currently hiring bartenders, servers, line and prep cooks and hosts. Applications and a list of open positions can be found at www.hy-vee.com/careers.

In March, Wahlburgers announced a second Wisconsin location will open in the Third Ward. The eatery will be located at 322 N. Broadway, and is expected to be up and running by the end of the year. 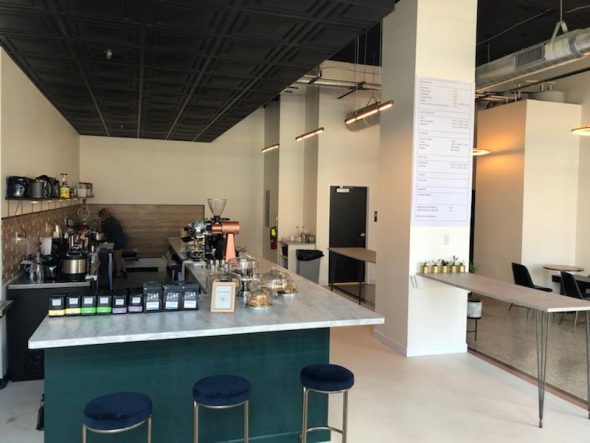 Canary offers traditional espresso drinks such as lattes and cappuccinos, and 6 to 10 different coffees from several vendors, including Michigan-based MadCap Coffee Co., and Santa Barbara, California company Dune Coffee Roasters. The Whitcombs will incorporate Canary’s specialty drink menu beginning next week. Among the specialty drinks will be Almost Perfect, an espresso drink made with grenadine and sweetened condensed milk, an Espresso Old-Fashioned, and a Shakerato, espresso shaken with half and half, sugar and ice, strained and served in a coupe. 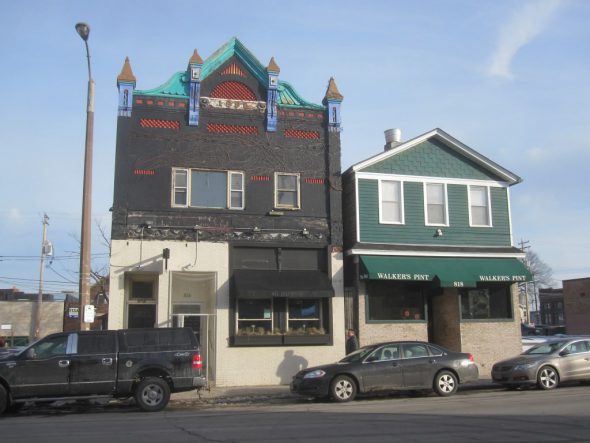 Snack Boys (814 S. Second St.), the Walker’s Point restaurant inspired by Canadian snack bars, has added brunch. The new service is available on Sundays from 11 a.m. to 3 p.m. Along with a regular menu, some rotating dishes will play off the restaurant’s weekly specials. The Journal Sentinel’s Carol Deptolla breaks down some of the new items:

Among the cocktails is Snack Boys’ version of a Michelada or a Bloody Mary — the Tomato 69 Juice, with Modelo beer or vodka, tomato juice, bone broth and spice ($6 or $9).

Another is the Do You Think His Parents Paid For His Tattoos? It’s made with Chareau aloe liqueur, Midori melon liqueur, St. George chili vodka, fresh melon and a cucumber garnish ($12). 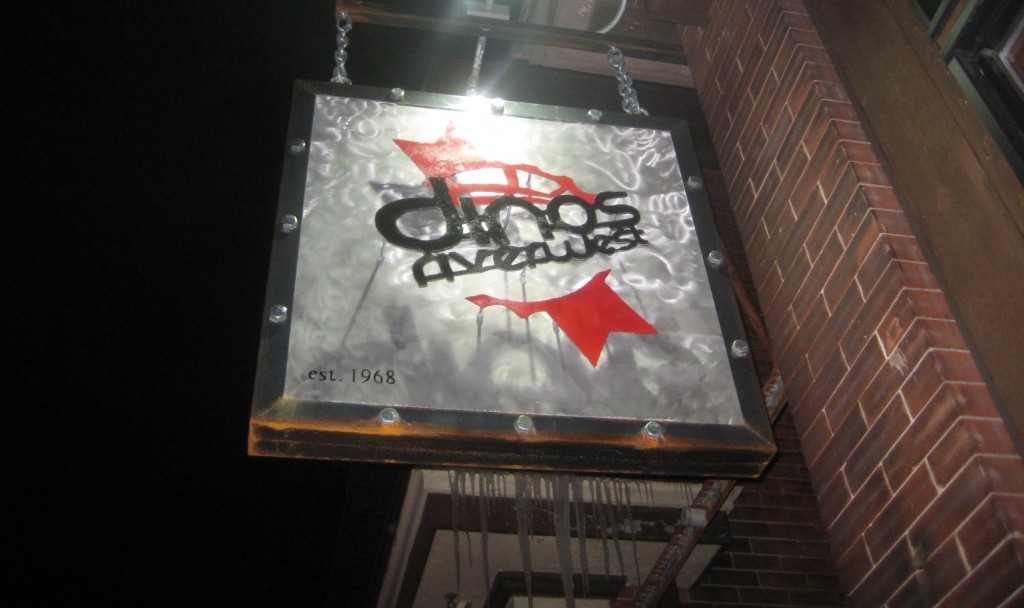 “Thank you from the bottom of our hearts for the last 50 years! We appreciate all the support from friends, family, and the RW community. We are officially closing our doors next Wednesday. Please stop in to get all the tasty food and beverages during the next week,” according to the announcement.

Reasons for the closure were not disclosed. Calls to the restaurant on Friday were not returned, and its website appears to be shut down. 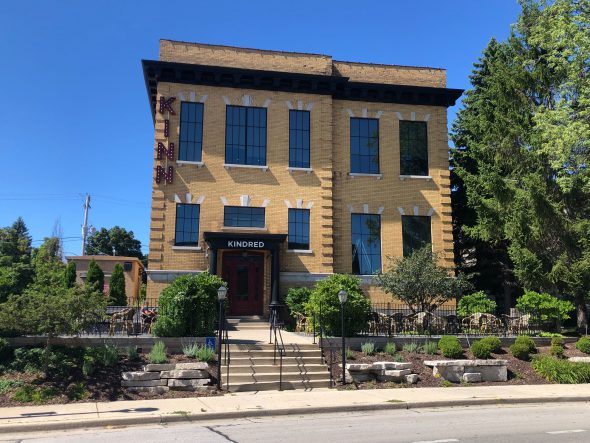 Kindred (2535 S. Kinnickinnic Ave.), the Kinn Guesthouse’s main floor restaurant, announced on Sunday, August 25th that the business has closed. Owners Vesna and Marija Madunic  wrote about the closure on Facebook that day. Urban Milwaukee reports on the announcement: