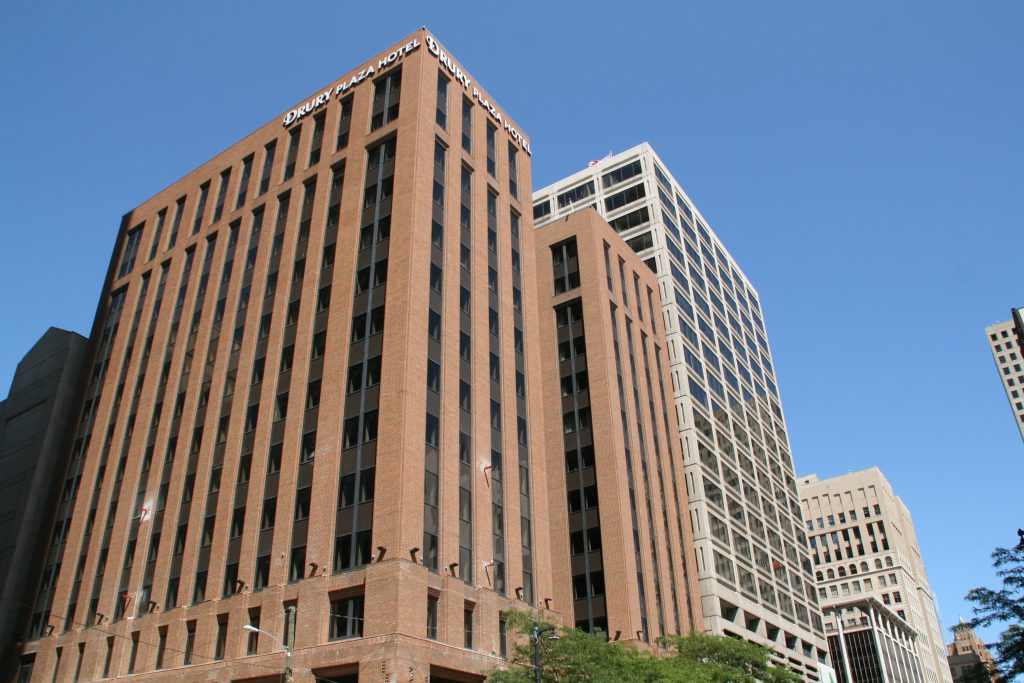 There is light at the end of the tunnel.

The 227-room Drury Plaza Hotel will open in the redeveloped First Financial Centre on September 26th. The hotel chain acquired the underutilized office building and has spent over two years on demolition and construction, much of which has remained nearly invisible from passersby on one of downtown’s busiest intersections.

Much work remains to be done, but signage has been installed atop the 14-story building and a number of guest rooms towards the top of the building appear ready for occupancy.

The hotel, located at 700 N. Water St., will be the Missouri-based chain’s first in Wisconsin. The firm has renovated a number of old office buildings into hotels. All told, the chain has more than 150 hotels in 25 states.

Construction work on the project is being performed by the firm’s in-house general contracting arm Drury Southwest.

As part of standard hotel practice, no 13th floor is planned: construction documents submitted to the city even excluded the floor while adding a 15th. But the construction workers on-site appear not to have a fear of bad luck, with a “13” painted on the construction entrance to the floor.

Reservations are available starting September 30th. Guests will find a pool and fitness center in the basement. A lounge and limited-service restaurant are planned for the first floor; collectively they’ll play host to Drury’s signature free, daily happy hour for hotel guests. The second floor includes a number of meeting rooms ranging from 503 to 3,582 square feet. Guest rooms are included on the floors above.

The 154,000-square-foot building looks much more modern than it truly is. It was originally built in the Art Deco style by the firm of Eschweiler & Eschweiler in 1928. An early 1970’s renovation stripped the first couple floors of their ornamentation. The upper floors lost their Art Deco charm in the early 1980s. All that is left is a building that is perfectly inoffensive, but also pretty anonymous on Downtown’s busiest intersection.

The First Financial Centre, soon to be the Drury Plaza Hotel, was originally known as the Bankers Building. Associated Bank was the most recent ground-level tenant, closing their branch in August 2014 and now operating at the adjacent 250 Plaza. 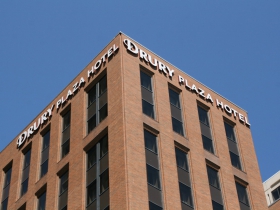 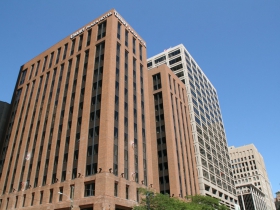 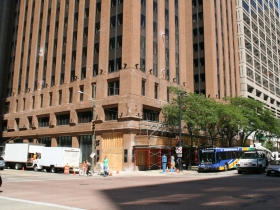 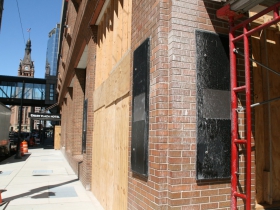 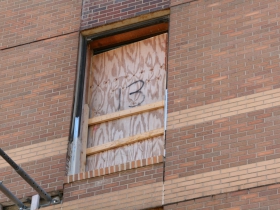 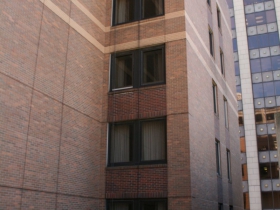