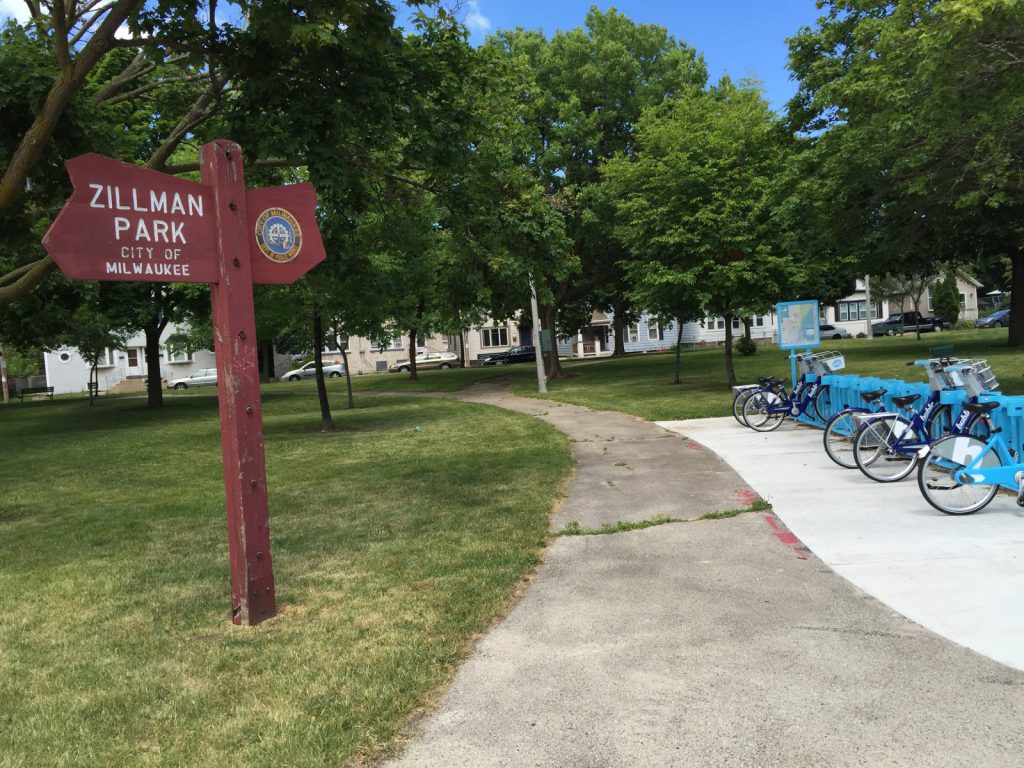 Change is coming to Zillman Park in Bay View as a result of the development of an adjacent apartment building, but first city officials and area residents need to decide what that will look like.

Approximately 20 area residents and a handful of city officials met Wednesday night at St. Lucas Church to discuss what they want to see happen with the .7-acre triangular park at 2168 S. Kinnickinnic Ave. The park today has a sculpture, Bublr Bikes station, benches and trees.

Residents’ suggestions ranged from clustered benches for socializing and bocce ball courts for intergenerational play to sculptures that kids could climb on and a design that separates the park from the street. Multiple residents spoke in favor of improvements similar to the county-owned South Shore Park that would encourage people of all ages to visit.

“Our intent is to get these big picture ideas,” said MKE Plays program coordinator Joe Kaltenberg. Kaltenberg, through his role with the Department of Public Works, will oversee the park’s redesign. “The parks that we’ve done, they’re not cookie-cutter, they don’t all look the same.” The initiative was created in 2015 and has already resulted in more than 12 parks being redone.

The city proposes to allocate $500,000 in future property tax revenue from the 144-unit KinetiK apartment building, via a tax incremental financing (TIF) district, to fund the park improvements. The building is under construction and expected to generate hundreds of thousands of dollars in annual property tax revenue.

“This is an opportunity to get a half-million to improve one of our parks and we want to make sure you’re aware of it,” said area Alderman Tony Zielinski. Kaltenberg and Zielinski were joined at the meeting by Department of City Development representative Alyssa Remington, who explained how the TIF funding would work.

What makes Zillman unusual, said Kaltenberg, is its part of a city-owned, three-park cluster at the north end of Bay View, including a playground on Allis Street and a basketball court on E. Bay St. near E. Lincoln Ave.

“Our thought was instead of diluting that money across three parks we would put substantial money into Zillman and make that a really good place for the community, ” said Kaltenberg. The playground equipment at Allis Street, last updated in 1994, would be removed as part of the effort.

The three Bay View parks are three of the 62 the city owns in addition to the numerous county-owned and Milwaukee Public Schools parks that dot the city.

Residents, a handful of whom live on E. Archer Ave. that borders the park to the north, raised concerns about parking and problems with people using the park. Kaltenberg said the park would be targeted at those coming from within walking distance or on the three bus routes that pass the park. Zielinski said it was the logical spot to improve because it’s on Bay View’s main street, Kinnickinnic Avenue.

One Archer Avenue resident pledged to do a door-to-door survey to figure out how many kids are in the neighborhood. “There is no children in our area, for one because those apartment houses are all one or two bedrooms,” said the long-time Bay View resident Diane Nowacki. Kaltenberg, Zielinski and other residents said there are a number of residents with children in the area.

She responded that no children use the playground at Allis Street. “That’s a problem of the condition it’s in,” said Kaltenberg.

While one of her Archer Avenue neighbors interjected that he really liked the vision to improve the park, Nowacki raised concerns about crime and other problems that could come from increased use. Kaltenberg said the city has found in its other projects that increased use has deterred crime and other quality-of-life problems.

“I think you’re making a very big mistake,” said Nowacki. She said park namesake Erwin Zillman would be “rolling over in his grave” at the proposal, but shortly thereafter described the sculpture in the park, donated by his granddaughter, as “ugly.”

“I think you should start thinking about beautifying Bay View instead of the way it looks now,” suggested Nowacki. Zielinski responded that great strides have been made to bring businesses and other active uses to Kinnickinnic Avenue.

Remington said the city has no plans to allow commercial development in the park. It is considering its options to sell city-owned parcels along E. Bay St. following the completion of KinetiK. Incremental revenue from development of those parcels could speed up the pay down of debt created by the TIF district.

The city officials in attendance promised a special meeting for those that live directly adjacent to the park. Kaltenberg said city officials would return at a future public meeting to present initial design concepts.

The park will have one unique amenity compared to its peers: a plaza adjacent to a food hall. New Land Enterprises is opening a food hall in the first floor of KinetiK. An outdoor plaza for the food hall will occupy the adjacent portion of Archer Ave., vacated by the city, that borders the park. “We don’t necessarily need to think of this space as a playground; it’s going to feel more like a plaza in the type of use it’s going to see,” said Kaltenberg.

“I can assure you one thing,” said Zielinski. “There won’t be a single tree cut down.” The alderman said he wouldn’t back a plan that cut down a tree, but Kaltenberg said a health assessment of the trees would first be conducted. Kaltenberg said a minimum replacement standard is tree-for-tree.

Additional feedback can be emailed to mkeplays@milwaukee.gov. 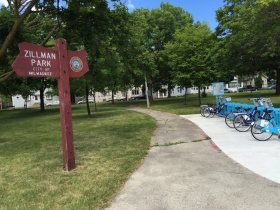 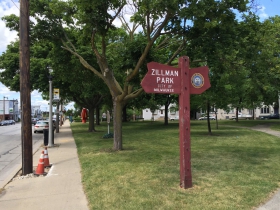 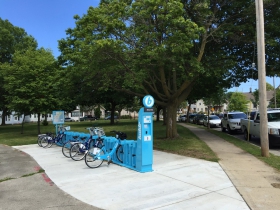 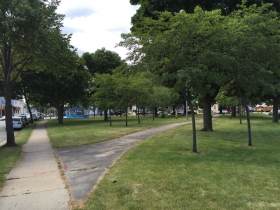 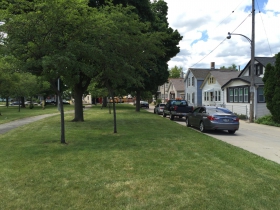 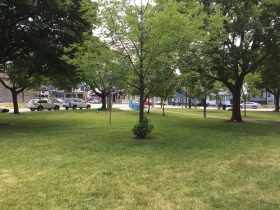 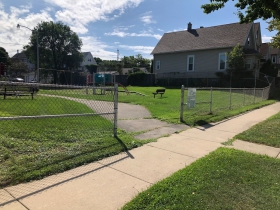 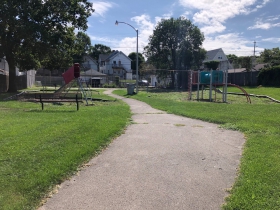 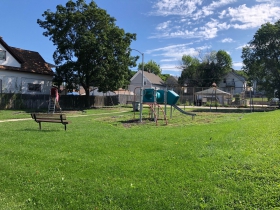