Sampling The New Foods at the State Fair

You have until August 11th to chow down on these items, some of which, of course, come on a stick. 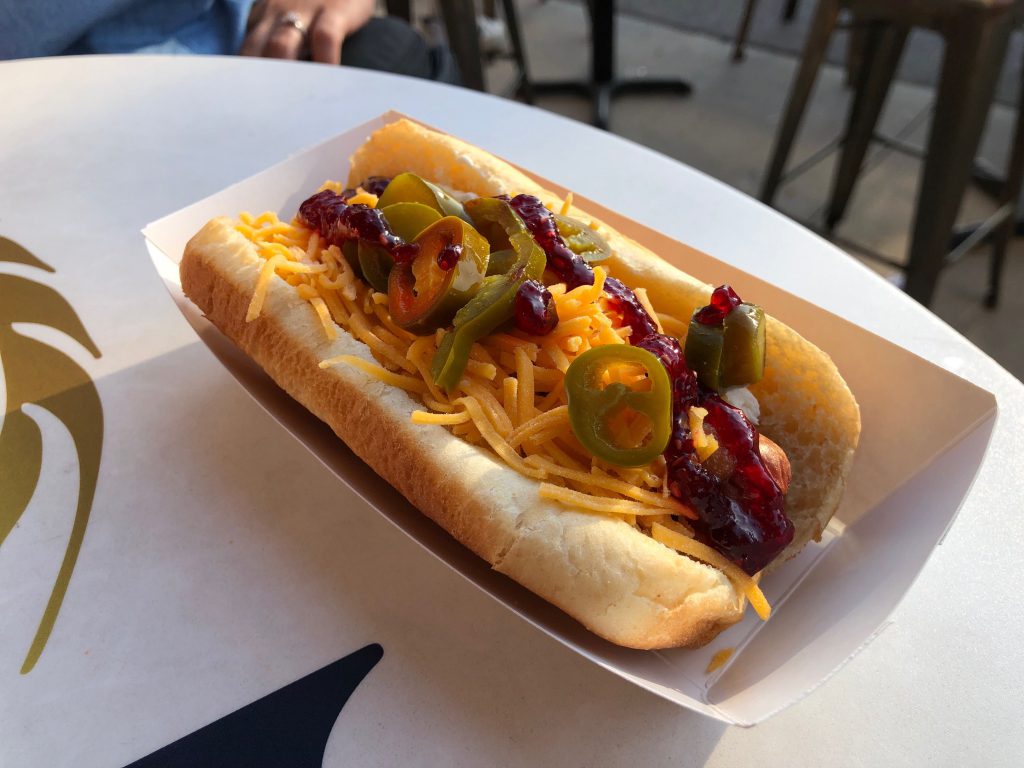 A staple of the annual Wisconsin State Fair is the new fare.

And while my stomach didn’t quite have enough space to try all 65 new items, I made a valiant effort, in the name of journalism, to try as many as I could handle. All were applicants in the annual Sporkies contest to proclaim the best new food at the fair. A winner will be announced on August 7th.

In order of how much I liked them, from “best” to “still very good”…

Do none of the four I tried whet your appetite? The fair offers up live music, carnival rides, livestock showings, people watching, pig races, Wisconsin-made products and, most importantly, anything you can dream of deep-fried on a stick.

Most importantly, there are cream puffs. So many cream puffs. Fair officials estimate approximately 400,000 will be consumed this year. I did my part and added one to the total.

And lest you be concerned about my health, I did split most of them with my wife, a 2018 Sporkie’s judge. 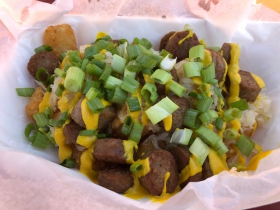 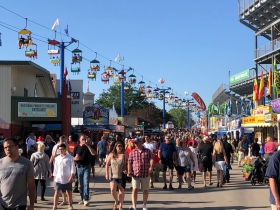 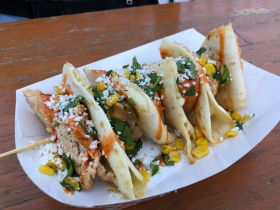 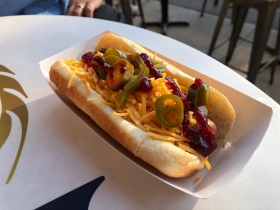 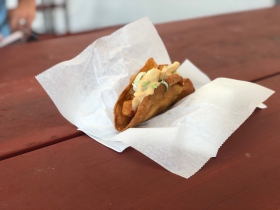 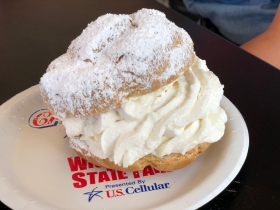