He died at age 99, but his dissent in Citizens United case lives on. 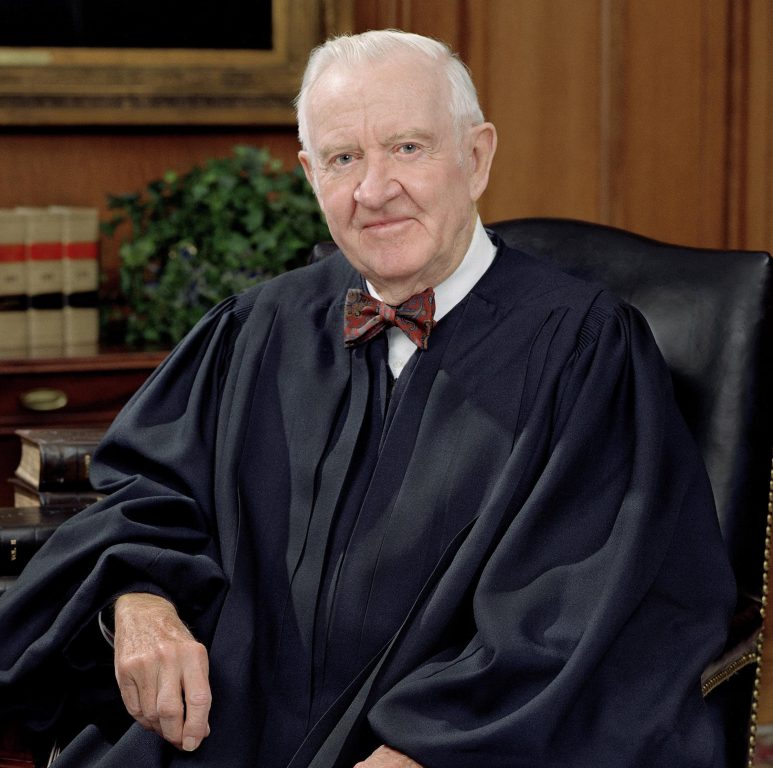 John Paul Stevens. Photo is in the Public Domain.

The death of Justice John Paul Stevens is a blow to all those who valued his clarion voice in defense of democratic principles.

But his brilliant dissent in the Citizens United case lives on, and will form the basis of future challenges to corporate personhood and the corrupting influence of corporate speech in our elections.

Here are some excerpts from his 90-page dissent, which I’ve delineated with my own topic headlines:

“The conceit that corporations must be treated identically to natural persons in the political sphere is not only inaccurate but also inadequate to justify the Court’s disposition of this case.”

“In the context of election to public office, the distinction between corporate and human speakers is significant. Although they make enormous contributions to our society, corporations are not actually members of it. They cannot vote or run for office. Because they may be managed and controlled by nonresidents, their interests may conflict in fundamental respects with the interests of eligible voters. The financial resources, legal structure, and instrumental orientation of corporations raise legitimate concerns about their role in the electoral process. Our lawmakers have a compelling constitutional basis, if not also a democratic duty, to take measures designed to guard against the potentially deleterious effects of corporate spending in local and national races.”

“If taken seriously, our colleagues’ assumption that the identity of a speaker has no relevance to the Government’s ability to regulate political speech would lead to some remarkable conclusions. Such an assumption would have accorded the propaganda broadcasts to our troops by “Tokyo Rose” during World War II the same protection as speech by Allied commanders. More pertinently, it would appear to afford the same protection to multinational corporations controlled by foreigners as to individual Americans… Under the majority’s view, I suppose it may be a First Amendment problem that corporations are not permitted to vote, given that voting is, among other things, a form of speech.”

“Corporations have no consciences, no beliefs, no feelings, no thoughts, no desires. Corporations help structure and facilitate the activities of human beings, to be sure, and their “personhood” often serves as a useful legal fiction. But they are not themselves members of “We the People” by whom and for whom our Constitution was established.”

Corruption Will Go Up and Self-Government Will Be At Risk

“In a functioning democracy the public must have faith that its representatives owe their positions to the people, not to the corporations with the deepest pockets.”

The majority opinion insisted that restricting corporate political speech was justified only in cases of quid pro quo corruption. Stevens’s response to this was blistering: “The approach taken by the majority cannot be right, in my judgment. It disregards our constitutional history and the fundamental demands of a democratic society.

On numerous occasions we have recognized Congress’ legitimate interest in preventing the money that is spent on elections from exerting an “‘undue influence on an officeholder’s judgment’” and from creating “‘the appearance of such influence,’” beyond the sphere of quid pro quo relationships. … Corruption can take many forms. Bribery may be the paradigm case. But the difference between selling a vote and selling access is a matter of degree, not kind. And selling access is not qualitatively different from giving special preference to those who spent money on one’s behalf. Corruption operates along a spectrum, and the majority’s apparent belief that quid pro quo arrangements can be neatly demarcated from other improper influences does not accord with the theory or reality of politics.”

“There are threats of corruption that are far more destructive to a democratic society than the odd bribe.”

“Starting today, corporations with large war chests to deploy on electioneering may find democratically elected bodies becoming much more attuned to their interests.”

The Court’s decision “will undoubtedly cripple the ability of ordinary citizens, Congress, and the States to adopt even limited measures to protect against corporate domination of the electoral process. Americans may be forgiven if they do not feel the Court has advanced the cause of self-government today.”

The Voices of Actual Citizens Will Be Drowned Out

“The opinions of real people may be marginalized. ….[by the] immediate drowning out of non-corporate voices.”

“When citizens turn on their televisions and radios before an election and hear only corporate electioneering, they may lose faith in their capacity, as citizens, to influence public policy. A Government captured by corporate interests, they may come to believe, will be neither responsive to their needs nor willing to give their views a fair hearing. The predictable result is cynicism and disenchantment.”

“The Framers thus took it as a given that corporation could be comprehensively regulated in the service of the public welfare. Unlike our colleagues, they had little trouble distinguishing corporations from human beings, and when they constitutionalized the right to free speech in the First Amendment, it was the free speech of individual Americans that they had in mind.”

Justice Stevens, in a footnote, also unearthed this resonant quote from Thomas Jefferson:

“I hope we shall . . . crush in [its] birth the aristocracy of our monied corporations which dare already to challenge our government to a trial of strength and bid defiance to the laws of our country.”