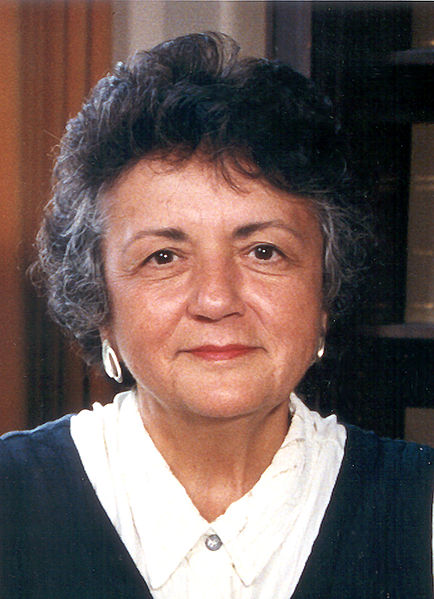 The forthcoming retirement of Justice Shirley Abrahamson brings to a close a major period in Wisconsin political and judicial history.

Abrahamson was the first woman to serve on the state’s Supreme Court and as its Chief Justice. Her 1976 appointment to the bench followed by twenty years her graduation as the sole female in the Indiana University Law School Class of 1956.

Abrahamson’s 43-year tenure is the longest of any Supreme Court Justice in state history. Following her appointment by Governor Patrick J. Lucey, she was elected and re-elected on four occasions — never with less than 55 percent of the vote.

Not surprisingly, news coverage in connection with her retirement occasionally resembles hagiography. At a recent celebration to commemorate the event, US Supreme Court Justice Ruth Bader Ginsburg delivered a glowing video tribute. As reported by the Journal Sentinel’s Molly Beck, Justice Ginsburg called Abrahamson “the most courageous and sage” and someone who “contributed enormously to the advancement of women’s opportunity and well being in legal professions…Among jurists I have encountered in the United States and abroad,” Ginsburg said, “Shirley Abrahamson is the very best.”

As for Abrahamson’s trailblazing tenure with respect to women in the law, Beck wrote, “Both [Ginsburg and Abrahamson] are in their mid-80s and joined the legal profession at a time when few women did — and even fewer were taken seriously. Ginsburg in her tribute called it “the not-so-good old days when women were barely seen and seldom heard.”

The recent news coverage has included peripheral allusions to fundamentally important developments during Abrahamson’s tenure. For example, the Court’s historically elevated stature among the three branches bears little relationship to the acrimonious and divided environment that now prevails, a development that coincided with Abrahamson’s 20-year tenure as Chief Justice.

In 2000 I attended an election night event on the day that former Justice Diane Sykes won a 10-year term (after having been appointed to the court by Tommy Thompson). I spoke that evening with the late Bill Bablitch, a colleague of Abrahamson who I had known for many years from his previous leadership in the Wisconsin Legislature.

I asked Bablitch about the unprecedented action a year earlier when he and two other justices (Jon Wilcox and Patrick Crooks) endorsed Abrahamson’s re-election opponent, Sharren Rose. While a member of the court, Bablitch regularly sided with Abrahamson on major cases, so their judicial philosophies would not explain any rift. Bablitch matter-of-factly used the word “hell-hole” to describe the internal workings of the court after Abrahamson had assumed the role of Chief Justice. His ongoing frustration influenced his decision to not seek re-election in 2003.

In 2010, veteran journalist Mike Nichols wrote a lengthy piece on strife within the Supreme Court for Wisconsin Interest, a periodic journal published by the conservative Wisconsin Policy Research Institute (WPRI). (Nichols now runs The Badger Institute, a successor to WPRI.) His article included the following:

Former Justice William Bablitch, who retired in 2003 but still practices law…is well aware of the court’s inner workings. And he is blunt.

Acrimony “can’t help but be impeding the way the court is supposed to function,” he says. “The personality rifts are extensive and deep, and it seems sometimes the decisions are more an expression of will than law.”

“The “acrimony certainly has to affect the way you listen to your colleagues,” he adds. “The conservative bloc, after being called name after name, cannot help but not listen as well to the liberal bloc, and vice versa.”

Nichols spoke with many court observers for his piece. He wrote:

Prominent attorneys on both ends of the political spectrum use words like “sloppy” and even “horrendous” to describe recent opinions, and some justices themselves have openly speculated that political considerations are influencing what should be strictly legal issues.

The remarks of prominent liberal attorney Lester Pines were noteworthy:

While “[m]any attorneys declined to talk on the record, but veteran Madison attorney Lester Pines appears to speak for a broad segment of the Wisconsin Bar when he says, “We would like to think that judges on a collegial court can bridge whatever differences they have and focus on the legal issues before them.”

[Pines] adds: “We…want to believe that the arguments we are making are being considered on their merits and are not subject to personal disputes among justices on the court.” There is worry, Pines admits, “that one justice might instinctively react to another and shut off debate of a legal analysis because of personal animosity.”

Tension between Abrahamson and her colleagues pre-dated her tenure as Chief Justice. According to Nichols:

Way back in the mid-1980s, the Milwaukee Journal quoted an unnamed justice as saying Abrahamson gave colleagues the finger in conference and ridiculed their opinions in her dissents. Long before Abrahamson was trading barbs with [David] Prosser and [Patience] Roggensack, she was locked in a public battle with Justice Roland B. Day. [Day, like Bablitch, would never find his name in a sentence with the word acerbic or confrontational.]

In the years following the Nichols article the Legislature submitted to Wisconsin voters a constitutional amendment that would deny Abrahamson indefinite tenure as Chief Justice. By a margin of 50,000, the voters agreed. Shortly thereafter a majority of the sitting justices selected Roggensack as Chief Justice. Abrahamson unsuccessfully brought legal actions to block implementation of the voter-approved amendment when it came to her. She eventually dropped her pursuit of that course.

Nichols’ Wisconsin Interest piece acknowledged the undisputed consensus as to Abrahamson’s legal prowess and scholarship. At the same time, as he wrote, “Abrahamson may be brilliant, but her critics say she doesn’t countenance other perspectives or much care about consensus or conciliation.”

While internal personality disputes don’t usual rise to the level of public importance, that assessment does not apply in the case of Justice Abrahamson. As a result, her legacy is not restricted to trailblazing for women and powerful legal scholarship. It also is a legacy that undeniably coincides with a period of diminished stature and collegiality on Wisconsin’s highest court.

2 thoughts on “The Contrarian: The Dark Side of Justice Abrahamson”