About That Climate Change Report

2011 report by 200 state scientists and experts made predictions Republicans are still ignoring. 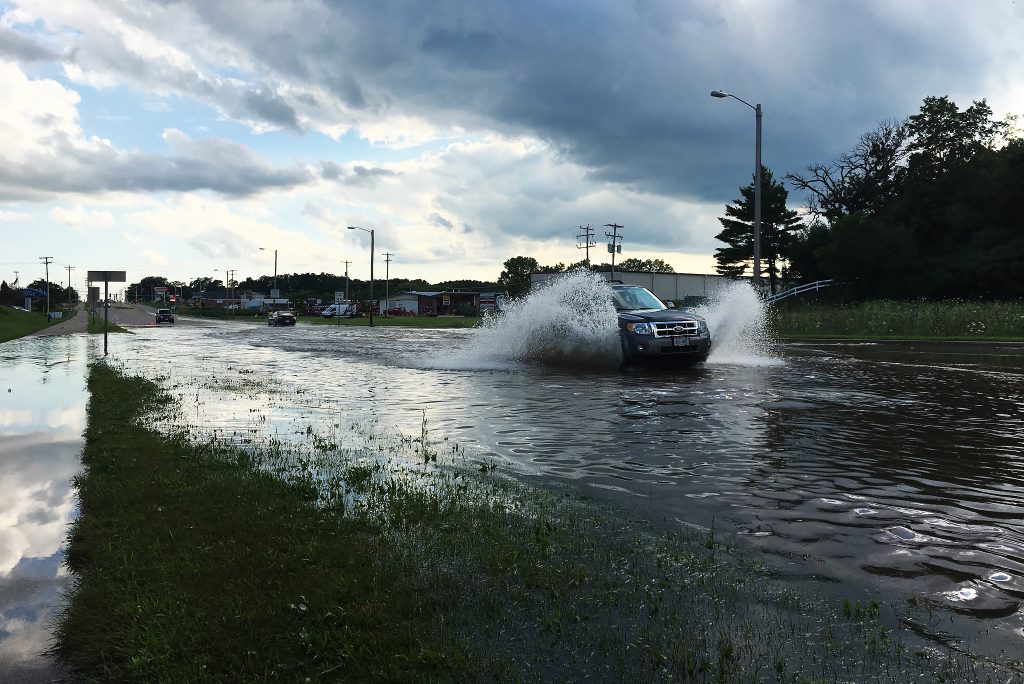 Eight years ago, a report by more than 200 scientists, researchers, educators and environmentalists warning that climate change could impact Wisconsin in major ways.

Eight years later, you decide: Do any of the following 2011 warnings by the Wisconsin Initiative on Climate Change Impacts (WICCI) report appear to be coming true?

1: “The state is likely to continue its trend toward more precipitation overall, with most probable increases in winter, spring and fall. Large storm events are likely to increase in frequency during spring and fall.”

3: “In many places, current infrastructure is not equipped to handle the projected increases in frequency of heavy storms and subsequent runoff.

This increases the risk that stormwater management and drinking water systems will fail and flooding will damage bridges, roadways and urban areas.”

“The number of summer days that exceed 90 degrees Fahrenheit is projected to increase statewide. Southern and western regions of Wisconsin could see three or more weeks per year of those very hot days, while northern regions are likely to see an increase of about two weeks.”

5: “Coastal regions face new challenges as reduced ice cover, declining lake levels and increasing wind strength over the Great Lakes will bring impacts including increased shoreline erosion and recession and an increase in the vulnerability of shoreline infrastructure.

“Coastal wetlands face increased sedimentation from runoff and flooding and greater threats from invasive species that take hold when an ecosystem is disrupted or warmed.

“Lake Michigan’s average water levels are expected to decline by about a foot by the end of the century..”

Those were the predictions: Eight years later, do some of the same experts feel their 2011 warnings are still accurate?

WICCI was started to advise state and local government officials, and leaders of environmental and civic groups, of potential climate change-related developments. The 2011 report “was just a first step on assessing all the climate change impacts facing Wisconsin,” Lathrop added.

UW-Madison climate scientist Steve Vavrus, current WICCI cochair, said there is a new push to revive the report. “A lot of the future projections from our 2011 report were made for time periods still into the future – middle and latter parts of this century – so it’s too early to tell how accurate those will turn out to be,” Vavrus said.

“We are in the midst of analyzing updated projections, but these paint a similar picture to the older ones from the 2011 report,” Vavrus added.

“WICCI has been a long-term partnership between the University and the DNR. We’re looking forward to a rejuvenated commitment from the DNR in their support for, and involvement in, WICCI and climate-related activities in Wisconsin.”

Democratic Gov. Tony Evers started his career as a science teacher. He and DNR Secretary Preston Cole have repeatedly vowed that science is “back” as a foundation driving environmental decisions.

Evers, for example, asked to restore five of the 15 DNR scientists Walker and Republican legislators laid off in 2015. The governor is also pushing separate “Year of Clean Drinking Water” changes.

So far, nobody is talking about WICCI’s 2011 climate change warnings.

Steven Walters is a senior producer for the public affairs channel WisconsinEye. Contact him at stevenscotwalters@gmail.com

One thought on “The State of Politics: About That Climate Change Report”