One of the nation's longest running Memorial Day parades marched again despite the rain. 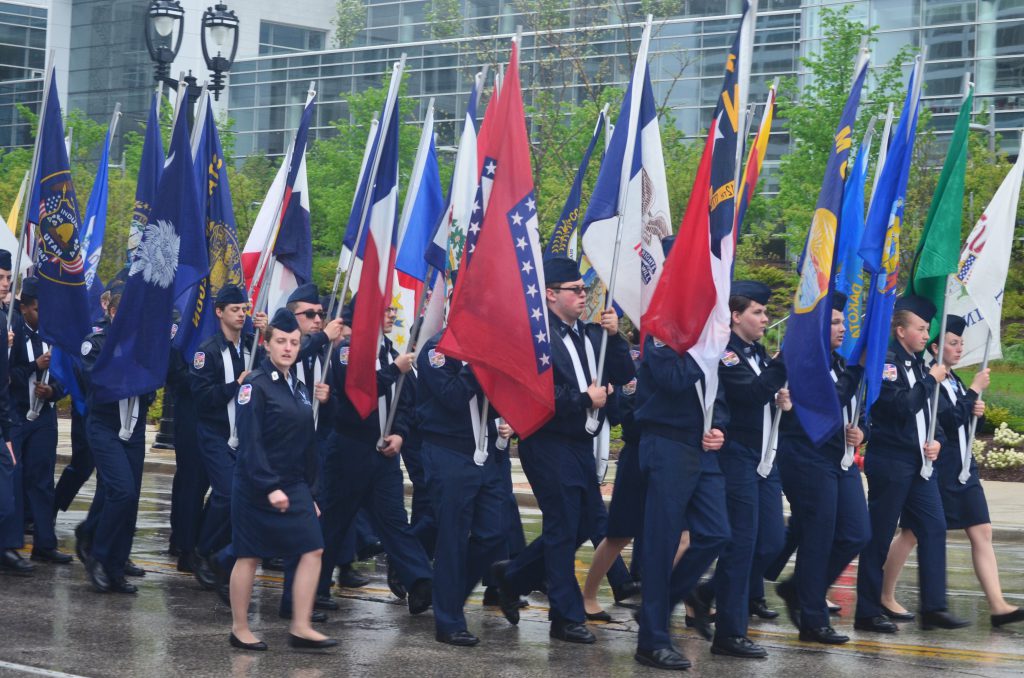 Veterans groups and war vehicles old and new marched across Downtown for the Memorial Day parade.

The War Memorial Center held a memorial service and ceremony after the parade.

At the ceremony, Kathy Strong recounted her story of a promise she made to a veteran, a story that made national news. In 1972, when she was just 12 years old, she received a MIA-POW bracelet with the name James Moreland on it. Moreland was an Army Green Beret soldier in Vietnam who was missing in action. The idea was that you would wear the bracelet until the veteran came home. Keeping her promise, Strong wore the bracelet for 38 years. She even refused surgery in her left arm to keep her promise before finding a doctor – who was also a veteran – who worked out a way to slip the bracelet from her left wrist to her right and back again after the surgery. Meanwhile she checked the local paper constantly for Moreland’s name to appear, and even got in touch with his two sisters to learn more about him. In 2011, 43 years after he went missing, Moreland’s remains were discovered and he was put to rest in his home town of Alabama. Strong slipped the bracelet off her hand and onto the sleeve of Moreland’s uniform before the funeral to finally welcome him back home.

Ray Stubbe, a U.S. Navy Chaplain serving 21 years on active duty and the 2019 Milwaukee County Veteran of the Year, told Urban Milwaukee that it’s very meaningful that people showed up despite the rain. He said that Memorial Day to most people is time off to enjoy themselves, but it’s important to remember those who died serving the nation.

“Memorial Day is a time to recommit to now and the future – to do good for other people and to continue doing what those who died might be contributing now,” Stubbe said.

Esther E. Tito is a retired former Women’s Army Corp who served from 1943 to 1946. “Women have become more and more important in various phases of life, and I imagine many probably didn’t realize there were women in service to begin with,” Tito told Urban Milwaukee. “It’s very nice to have people come up and tell you how happy they are and appreciate you.”

Tito said that veterans need all the help and support they can get.

“There are probably many veterans that are reluctant to come forward,” she said. “They deserve the help and they should come forward.”

See photos from the parade below. Also: Click here for photos of the Veteran’s Day Parade in Milwaukee. 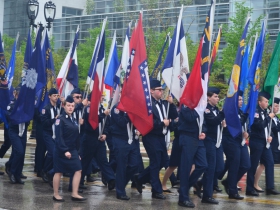 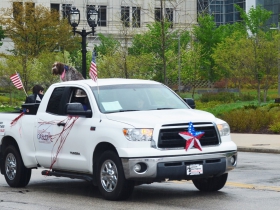 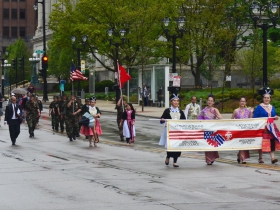 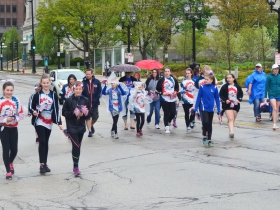 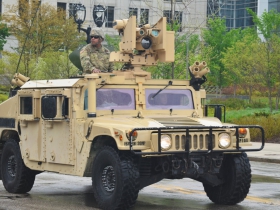 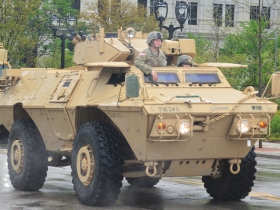