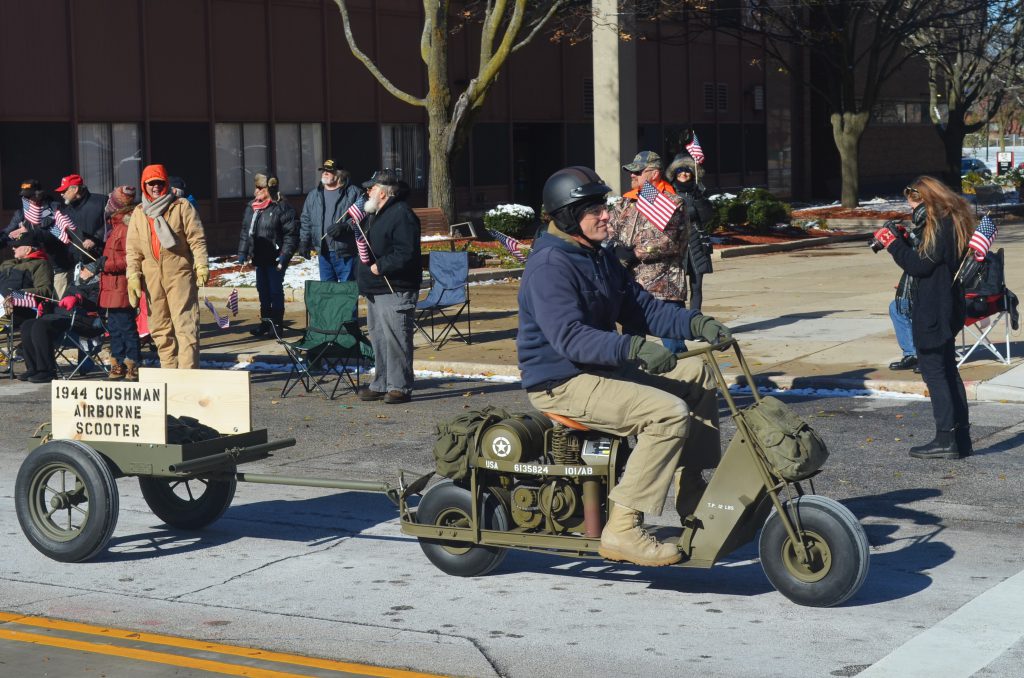 More than 1,000 veterans and military marched down E. Kilbourn Ave. for the 55th Annual Veterans Day Parade on the day before the centennial of the end of World War I.

Veterans and military groups from the Tripoli Shrine Legion of Honor to War Dogs marched in the parade while passing out flags to onlookers. Military vehicles new and old made their way down the street as well. The Hop adjusted its route to accommodate the parade while also giving rides to parade spectators.

After the parade, a memorial service was held at the Milwaukee County War Memorial Center to honor soldiers who died in service to their country. The service was dedicated to the memory of two veterans in particular, Prentice Earl Jones Sr. and Mike Downey.

Jones served in the U.S. Army for 24 years and was the co-founder of the parade along with Mary Ann D’Acquisto, president of the Veterans Division of Honor Our Military, Inc. D’Acquisto said at the ceremony that they couldn’t have brought back the parade in 2001 without Jones. D’Acquisto said that Jones was never called up for combat, so he wanted to give back to those who fought in the wars.

“He’s dedicated his life to our veterans,” said D’Acquisto. “We wouldn’t be here today without the hard work Prentice did in the early years of this parade.”

Downey was a Marine Corps veteran who helped create Wisconsin We Care, which shipped packages of supplies to soldiers overseas. D’Acquisto said Downey worked tirelessly to raise funds, collect products and pack boxes for the organization. Downey and D’Acquisto combined Wisconsin We Care and the Veterans Day Parade to form Honor Our Military. Ever since then, Downey would be at every Veterans Day Parade to help out.

“[He was] another man who did so much work for this organization so quietly and so humbly,” said D’Acquisto. “We ask that you remember both of these gentlemen because without [them], this day would not happen.”

Our photos capture the highlights of the parade. For photos of last year’s Veterans Day Parade, click here. 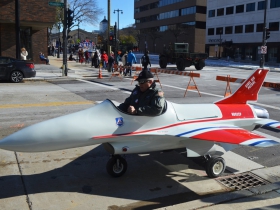 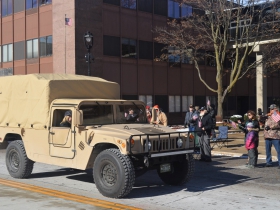 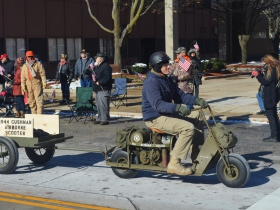 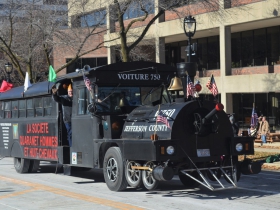 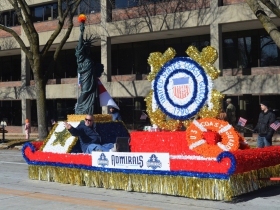 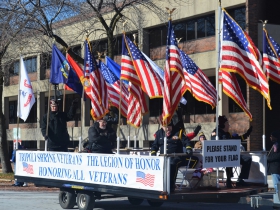