Egg & Flour Pasta Bar, the seventh and final vendor named to the Crossroads Collective food hall at 2238 N. Farwell Ave., has officially opened. Chef Adam Pawlak first took the wraps off his venture in February, and the eatery opened to the public May 14. Pawlak previously worked as a chef at Black Sheep, 216 S. 2nd St.

The opening day menu includes options such as creste di gallo with pesto and pappardelle with bolognese or tomato sauce.

Customers can substitute noodles made from zucchini for a gluten-free and vegan option. Salads and fresh bread are also available. 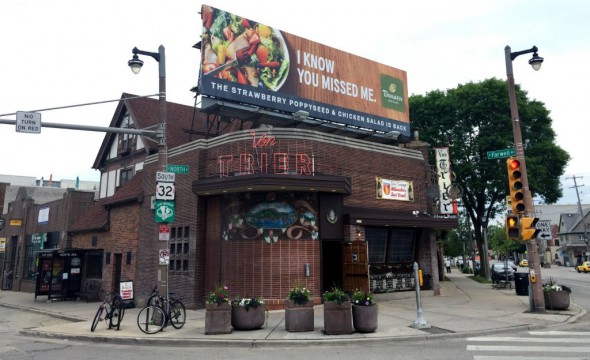 In April, Von Trier owners John and Cindy Sidoff announced they had sold the business, 2235 N. Farwell Ave. This week, new owners Brian Eft and Mark Zierath held a grand reopening event, dubbed “Tapping of the Keg,” on May 14. Mayor Tom Barrett was present at the event, and personally tapped a keg of Hofbrauhaus-Freising Jaegerbier.

According to a press release, Eft and Zierath will implement a new craft cocktail and food menu. The new menu items will require kitchen renovations, but Eft and Zierath are not planning any further changes. The heritage and culture of the tavern is expected to remain intact, and it will continue to serve “an array of German imports, creative cocktails and German cuisine.”

Von Trier closed briefly from May 12 to May 13, but reopened May 14 before the reopening event. 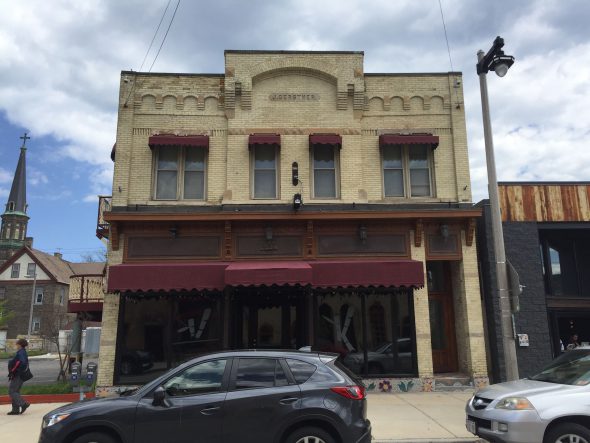 Owner Felipe Martinez, Jr. is developing a business, Walker’s Lounge and Events. Martinez has pitched the concept as an event space and restaurant that will specialize in serving small plate menu items.

The application also states that Walker’s expects to host DJ’s and live music. In addition to being a full-service restaurant, Walker’s will also operate as a cocktail lounge and banquet hall. The establishment expects to make 50 percent of its sales from food, 30 percent from alcohol and 20 percent from entertainment. The restaurant is slated to open in July.

While Urban Milwaukee’s attempts to contact Martinez were unsuccessful, he did speak to BizTimes about his plans:

Martinez told BizTimes that Walker’s Lounge and Events will be “a spot that brings everyone together.” Not only does Martinez want to appeal to customers of his other business, Flip N’ Styles Barber (817 W. National Ave.), but he also plans to partner with current clients to bring entertainment to the lounge. Martinez was not reachable for comment by Urban Milwaukee.

Just in time for summer, a new Lowlands Group beer garden is springing up in Wauwatosa. The Tosa Village Beer Garden will be located on a patio space between Cafe Bavaria, 7700 Harwood Ave., and Cafe Hollander, 7677 W. State St., and will overlook the Menomonee River.

While the garden will offer its namesake in the form of international and domestic craft beers, wine and cocktails will also be offered. Bites to eat from Cafe Bavaria, such as sausages, hot dogs, pretzels and fried cheese curds, will be offered. However, the food program at the beer garden will run separately from the restaurant, which will still offer full dining service.

According to a press release, the Tosa Village Beer Garden will have “casual” counter service and communal beer garden tables. The beer garden patio is part of an expansion to the Harwood pedestrian bridge, which will also include an extension of Cafe Hollander’s patio area.

“After years of planning and construction, the Village is really coming to life,” said Lowlands Group director of brand and marketing, Dan Herwig. “We hope the beer garden adds even more life to Tosa this summer.”
An exact opening date depends on when the patio construction is completed, but the Tosa Village Beer Garden is slated to open at the beginning of June. More information is available at the beer garden’s website. 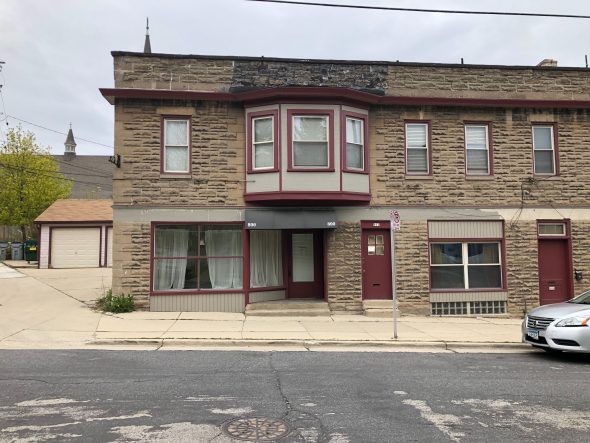 A new wine shop is expected to bring a variety of natural, organic and biodynamic wines to Bay View, perhaps as soon as July. The shop is called Nonfiction Wine Company, and is spearheaded by husband and wife business owners Bradley and Allison Kruse.

The shop intends to make natural and organic wines more accessible to customers on a regular basis. Bradley Kruse explained to Urban Milwaukee the difference an organic-made wine can make:

The focus on natural and organic wines promotes companies that care about how their product is made. Kruse says wine labeling is often mysterious and it’s difficult to tell exactly where a wine is coming from and what ingredients are in it. According to Kruse, natural and organic wines stand out because there is “a lot of respect into what goes into (them),” and their ingredients are not heavily manipulated. “It’s all about how they farm it and how they treat the grapes,” he says. The process also allows batches of wine to have a unique taste every time. Organic production lets the wine “express what it actually wants to instead of forcing it into what they expect or want it to taste,” he says.

Nonfiction Wine Company’s selection will be derived from small producers and will change frequently. The company also plans to have small, regular tastings in some capacity. The shop will be open from 12 p.m. to 9 p.m. Sunday and Tuesday to Friday, 10 a.m. to 9 p.m. Saturday and closed on Monday.

Owners Tim Pauly and Dan McElwee say they feel the expansion is necessary to meet demands for the brewery’s beer. BizTimes’ Maredithe Meyer spoke with Pauly about current and future business operations:

Its new facility, which is scheduled to open on April 1, 2020, will house a 20-barrel brewing system and additional brewing equipment, allowing the brewery to increase production and distribution throughout southeastern Wisconsin, Pauly said…

The new Pittsburgh Avenue location will also include a 3,000-square-foot taproom, which will be available as an event venue for weddings, corporate events and other private parties, Pauly said.

When that space is not being rented, Broken Bat plans to host a food truck outside of the brewery that will serve ballpark-style food.

The Buffalo Street space won’t be empty for long, as there is already a business moving in after Broken Bat vacates. Jenny Higgins and Chris Ragaisis will open Wizard Works Brewing in the current facility and taproom. Ragaisis, a professional magician, “plans to perform magic behind the bar at least once per week.” Wizard Works is projected to open in 2020. Broken Bat will feature one Wizard Works’ beer a month beginning in December of this year. 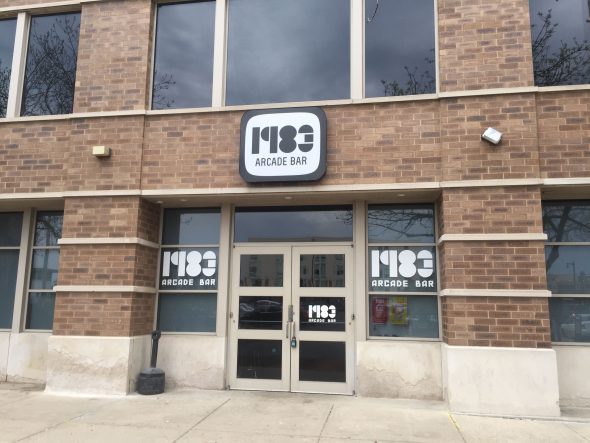 After 18 months in business, 1983 Arcade Bar, 1110 N. Old World 3rd St., will permanently close after the Bucks season is over. Current owner Michael Sampson has sold the business and space to Edward DeShazer, owner of Venture 5th.

DeShazer confirmed to Urban Milwaukee that the new concept will still be a bar. He says he is shooting for an August opening and is hoping the bar will appeal to a neglected demographic:

The new concept is being designed with a slightly older crowd in mind, and will appeal to people who are “late 20s to 50 years old.” “In an area dominated by sports and bars, its a demographic that gets left out a lot,” says DeShazer. “We hope to get a younger crowd, but we also want to reach both younger and older professionals as well. We want to bring something to the area that we feel is needed there, and give the city another great venue.”

More details are expected to be released in about a month.