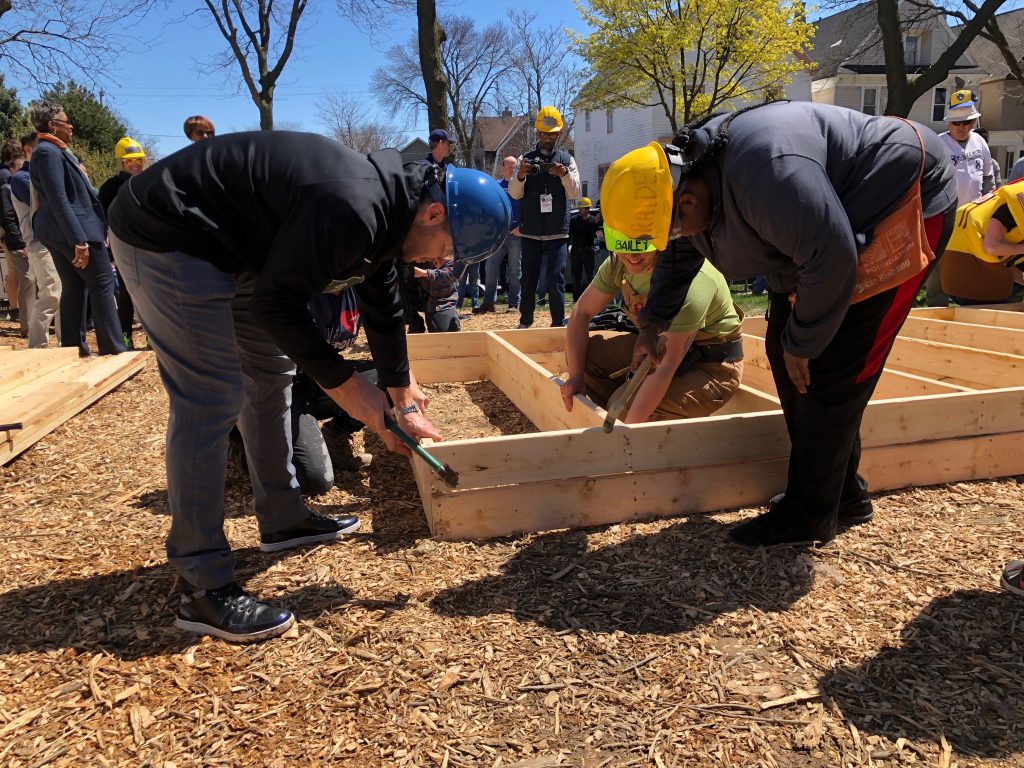 Habitat for Humanity’s program to build 100 homes in the Midtown neighborhood received a boost Friday afternoon from a power hitter.

Milwaukee Brewers outfielder Ryan Braun, accompanied by the team’s five Johnsonville Racing Sausages and mascot Bernie Brewer, joined a large group of volunteers to work on one of seven homes under construction this week on N. 29th St. and N. 30th St.

Braun worked side-by-side with future homeowner Gchiann Robinson and the sausages to work on framing a wall for Robinson’s three-bedroom house. Robinson, whose home is sponsored in part by matching contributions from Braun and the Brewers Community Foundation, will relocate to the house from the city’s Hillside housing complex.

“She will pay just about what she is right now for a small apartment,” said Habitat Milwaukee executive director Brian Sonderman. Habitat structures the mortgage payments to be no more than 30 percent of an individual’s income.

Robinson will have to do more than take a few ceremonial swings of the hammer to earn her house, though. Habitat requires hundreds of hours of sweat equity to qualify for a home. The average Habitat mortgage is $500 to $800 per month.

Braun, the one-time National League Most Valuable Player, took photos and signed autographs before and after working with Robinson. “You guys should be applauded for the work that you do. It’s really incredible” said Braun to the assembled volunteers.

The outfielder has worked with the Milwaukee arm of Habitat for nine years. He said he’s also worked with Habitat in his home state of California for 15 years. 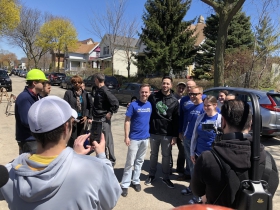 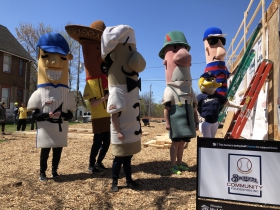 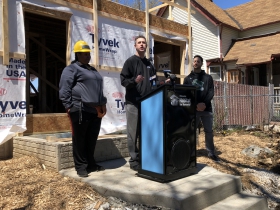 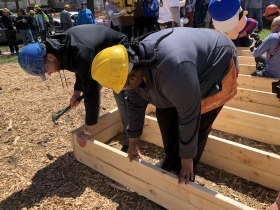 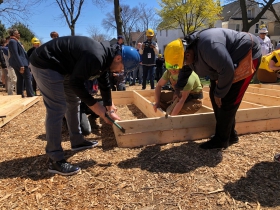 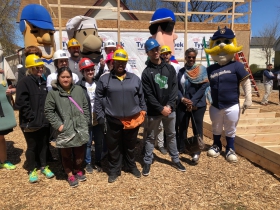 The seven homes Habitat will build this week are part of a broader campaign to build, repair or rehab 100 homes in the city’s Midtown neighborhood from 2018 to 2020. “We are transforming empty plots of land into a vibrant community,” said Sonderman. The non-profit and its army of volunteers will work on 29 homes this year, all within a couple blocks of one another.

In total, it plans to build 65 homes, make critical repairs to 20 more and substantially rehabilitate 15 foreclosed or blighted homes. When complete, Sonderman said it would be the highest concentration of affordable, single-family homes built in Milwaukee since World War II.

The program runs from N. 21st St. and W. Garfield Ave. southwest to N. 30th St. and W. Lisbon Ave. It’s an area where Habitat has already built a number of homes, but which still has many blocks blighted by vacant lots. Many of the homes were demolished in the early 1970s as part of the federally-sponsored “Midtown Conservation Project” that promised “urban renewal,” but ultimately decimated the neighborhood.

Just one year in, the effect of the Midtown 100 program is already noticeable. Walking around the neighborhood in advance of the press conference reveals many blocks of new or rehabbed properties.

A similar program in the Washington Park neighborhood saw a 40 percent reduction in crime. 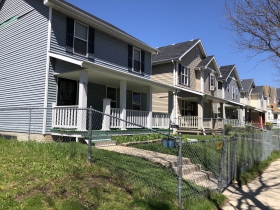 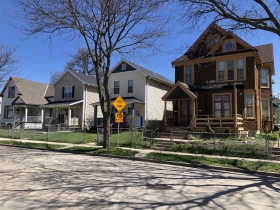 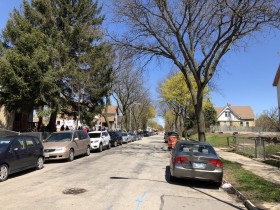 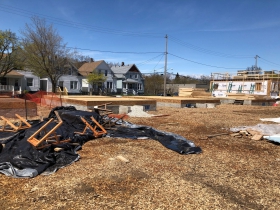 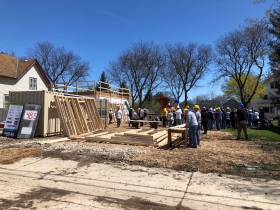 One thought on “Friday Photos: Habitat Building 100 Homes in Midtown”