Shall We Gather at the Rivers

Volunteers at 65 locations along city's three rivers pitched in for Riverkeeper's Spring Cleanup. 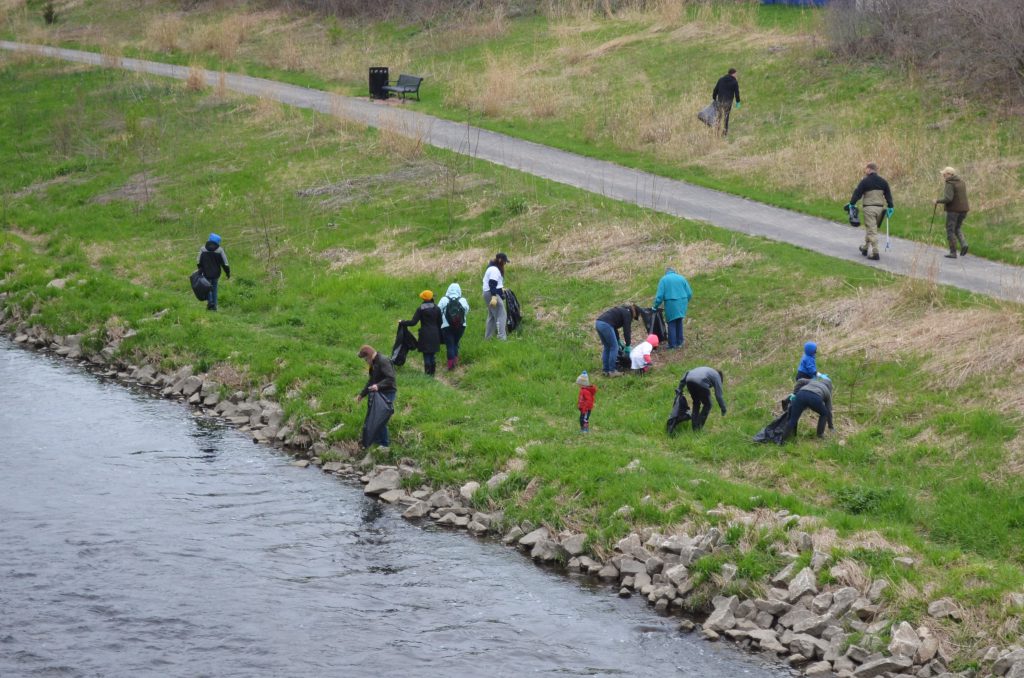 Milwaukee citizens met up at more than 65 locations along the Milwaukee, Menomonee and Kinnickinnic riverbanks Saturday morning to clean up litter for Milwaukee Riverkeeper‘s Spring Cleanup event, according to a press release from the group.

According to the Wisconsin Department of Natural Resources, Wisconsin creates 4.6 million tons of garbage and recyclables every year. With that much trash and recyclables, you can fill an average city street over 4 feet deep curb to curb with the stuff for 575 miles. The average person in Wisconsin generates 4.7 pounds of trash a day, with 1.9 pounds of that trash being recycled.

“The renewed focus on pollution, plastic consumption, and drinking water is overwhelming,” said Milwaukee Riverkeeper Executive Director Jennifer Bolger Breceda in the press release. “Community Members are looking for opportunities to come together to lend a hand to help tackle these issues in our own backyard. It’s only through a continued community effort that we will achieve swimmable, fishable, drinkable waterways.”

The Miller Park location along the Menomonee River, one of the larger and most trash filled locations for the event, had more than 300 people picking up trash over the three hour period, said Jill Maertz, one of the site captains for the event. She said there was nearly 1,000 hours of logged volunteer time total for that site alone.

“It’s absolutely just an unmeasurable help to the trail and to the river that’s here… There is no other way that we could possibly get this kind of coverage without an event that’s organized so efficiently every year by Milwaukee Riverkeeper,” Maertz told Urban Milwaukee.

After the event was over, volunteers flocked to Estabrook Park for the Rock the Green to celebrate a job well done. The event featured a live concert by local Milwaukee groups Lex Allen and Chicken Wire Empire performing on a pedal-powered stage run by The Velo Femmes, Black Girls Do Bike and Cadence Cycling Milwaukee. Volunteers got free beer from Good City Brewing.

Check out the action below. 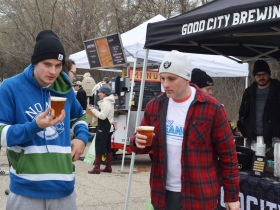 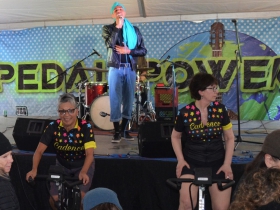 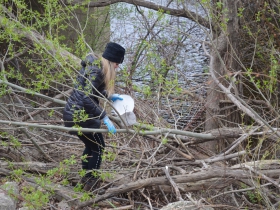 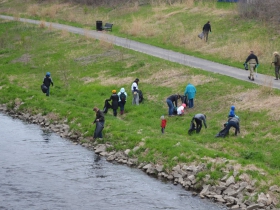 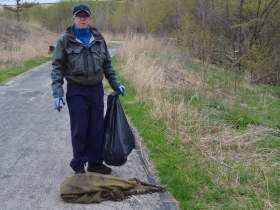 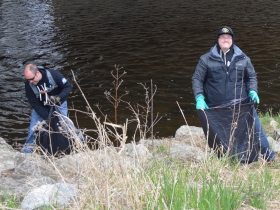