Many new artists featured. Our photos capture the scene. 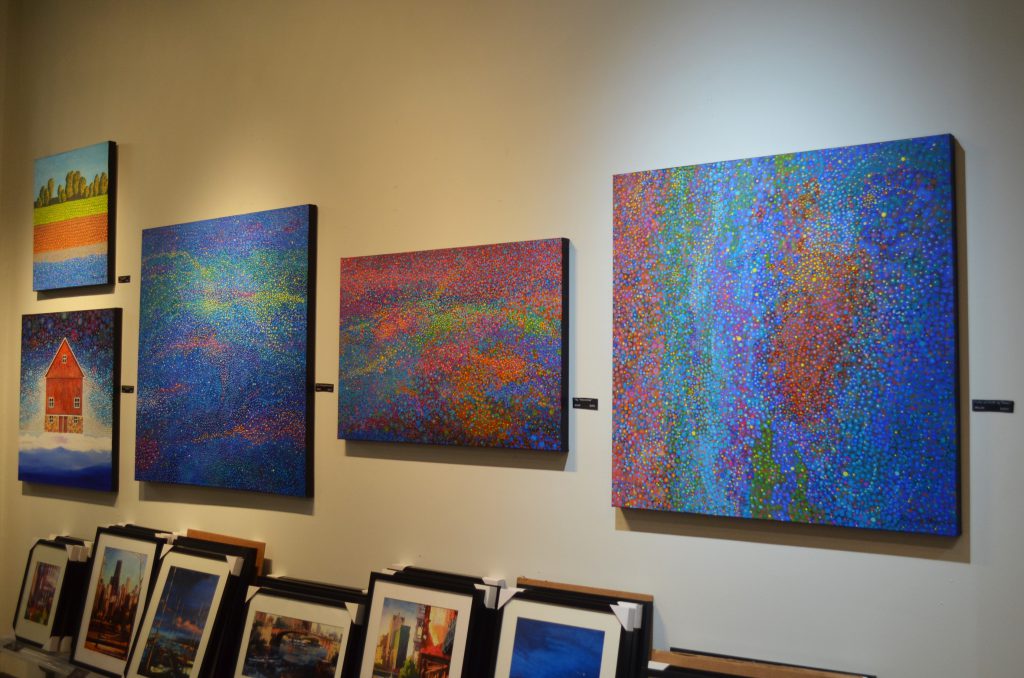 Gallery Night & Day made its appearance for April’s last weekend.

There were many artists at many galleries in the Third Ward, Walker’s Point and other areas, and a big turnout of art lovers. Here are some of the new artists that have made a home in the Marshall Building at 207 E. Buffalo St. whose works could be seen during Gallery Night.

One of those was Caitlin Voigt. She grew up in Zambia and a lot of the people and places there inspire her art. She told Urban Milwaukee that this was her first studio space that isn’t a basement or a bedroom. One painting that caught our eye was of a bouquet of flowers that were given to her when her son Ezra was born.

Another newcomer was Stroud, who brings some truly unique art to the table. One of the first pieces of work he showed us was “Lifeline,” a set of five spools of red thread. The length of each thread exactly measures the distance between notable assassination targets and their attackers from Martin Luther King, Jr. to Abraham Lincoln. He also showed us a denim jacket with “Meta Scout” patches for “out of body experiences” and other supernatural abilities, and a board game he designed to encourage self care.

Newcomer Julius Brown has done computer art since 1985. His current project, where makes geometric patterns inspired by nature from software code, has been going on for the past 10 years. He told Urban Milwaukee that he aims to give an organic look to digital art.

The art of Jeanne L. Barnard focuses on pouring alcohol-based inks on Yupo paper for some beautiful results. She also specializes in jewelry, sourcing her crystals from rock shows like the Tucson Gem & Mineral Show.

Angela Marie Niemiec gave a reading of her new poetry book, Once Around the Halo: A Poetic Journey from Grieving to Healing. She described her poetry as “taking you to outer space and back” as she explores her journey out of rock bottom.

Karen Williams-Brusubardis draws what she calls “particle landscapes” based on the art of Bolivia, where her mother came from, and the farm land where she grew up in Southern Wisconsin.

We also saw Richard W. Patt‘s series of art works known as “Night Skies.” The paintings began as experiments but morphed into a tribute to Hal Koenig, whose paintings we featured in last year’s article on Gallery Night, after his death.

“These paintings spring from some of my own positive views of faith about a life well-lived and a death that brings us into the realm of ‘the heavenlies,’ as the Bible puts it,” Patt said in his artist’s statement.

We also got updates from artists from the last few times we’ve covered Gallery Night at the Marshall Building. We saw new art from the Alzheimer’s Association’s Memories in the Making program lining the wall outside the sixth floor galleries. As we reported last year, the program has people living with Alzheimer’s and related dementia creating art to facilitate communication, social connection and confidence. Bela Roongta, whom we featured in our article on last fall’s Gallery Night, has two new pieces at her studio which are the first new pieces of their size. She’s also planning the summer collection for her clothing line.

See all the art and artists below. 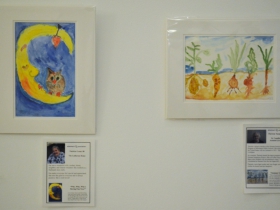 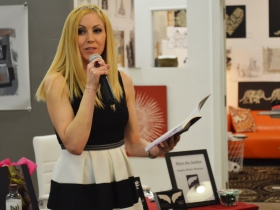 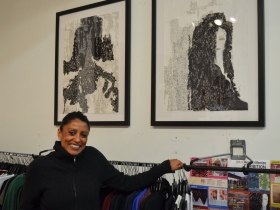 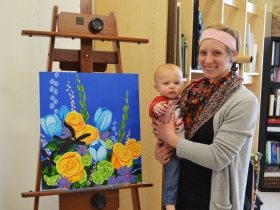 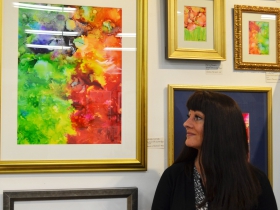 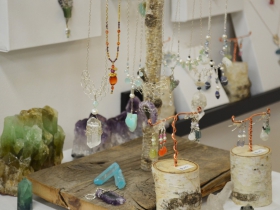