Nearly everything at Walker’s Point restaurant was exceptional. 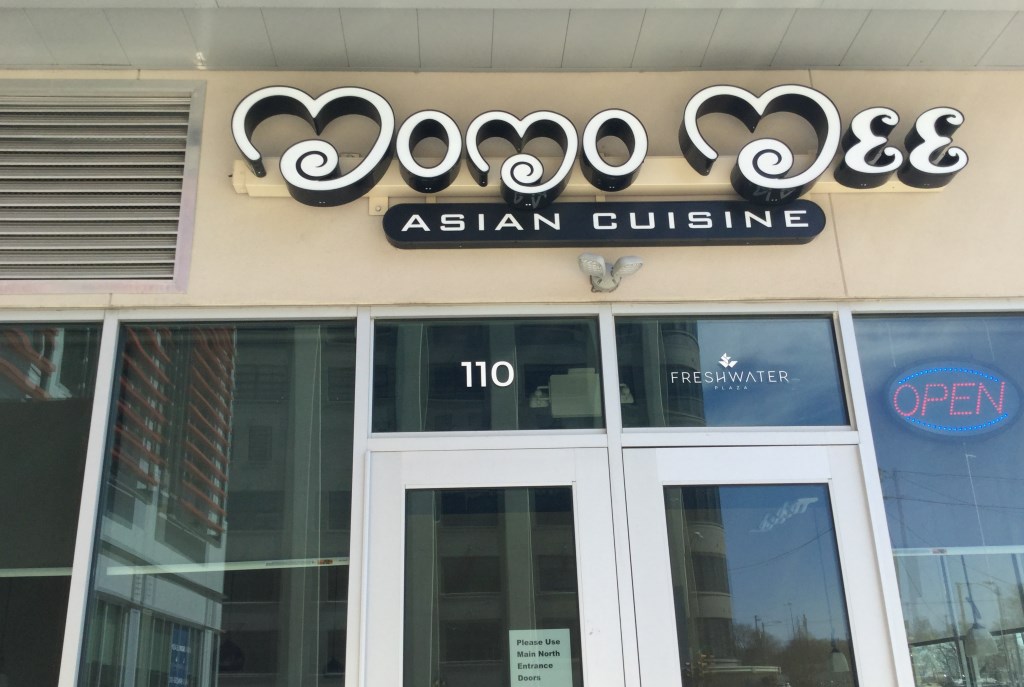 I came to Momo Mee out of curiosity because I ate dozens of momos, chubby little Tibetan steamed dumplings, in Kathmandu. They were usually filled with water buffalo meat of dubious, that is unsanitary origin, served with green sauce, cheap, and absolutely delicious.

At Momo Mee, their momos, called Xiao Long Bao, came to the table in wooden steaming basket, a more impressive presentation than the ones unceremoniously handed to me on a paper napkin in Nepal. Eight thick-skinned momos, made with a mix of wheat flour and water, looked like tiny purses. The chef filled them with hot pork broth and bits of pork making tasty packages, but these dumplings definitely needed the gentle tang of the accompanying soy-ginger sauce to give them flavor.

This newcomer to Walker’s Point opened last December in the Freshwater Plaza at the intersection of South 1st Street and E. Greenfield Avenue. It’s tucked into the plaza; blink as you drive by and you’ll miss it. A parking lot offers convenient parking, or, there’s ample parking on Greenfield.

Inside it’s contemporary, sleek and bright, with windows on three sides. The space is “L” shaped, and two-thirds restaurant with four tops, and one-third bar with high top tables. On both visits, I noticed Executive Chef-Owner Tony Ho chatting with his customers, always a good sign when the chef is visible and wants to hear your reaction to his food. In our conversation, I learned that Chef Ho grew up in Hong Kong, lived in Japan, ran four restaurants in Kansas, and worked at Potawatomi for four years until he opened Momo Mee. The restaurant’s mission statement talks of “Connecting flavors of Asia with the community.”

Ho’s passion flows into all his food including the four kinds of noodles he makes twice daily starting at 5:30 a.m. He told friends and me that nothing at his restaurant is pre-made. Each dish is made to order.

I believed that when he described how he made my Garlic Japanese Eggplant, an innocuous sounding dish, except that it was one of the best Asian entrees I’ve ever tasted. To make it, he first dipped eggplant slices in an egg wash, then quickly and briefly deep-fried them which made each slice both crunchy and soft. He served them with a caramelized roasted garlic sauce made with garlic oil, and soy sauce, then finished with a whisper of apple cider vinegar. He said, “We serve 150 Garlic Japanese Eggplant entrees every Friday and Saturday night.

My companion’s Masala with beef, a bowl full of tender beef strips in a brown sauce made with toasted masala spices had a kick, though it wasn’t marked with a red pepper indicator. The variety of spices gave the dish a blend of compelling flavors all of which permeated the plentiful beef in the bowl.

On a second visit, we began with a shared MO Fashioned, the restaurant’s version of an Old Fashioned with Japanese Mars Iwai Whiskey, 5 spice, and orange bitters. The bartender served it without the usual ice one expects in an Old Fashioned. He also served it in a crystal-clear glass sitting on a black napkin, a classy drink that tasted as good as it looked.

We chose two entrees from Pan Fried Noodles: Dan Dan Noodles and Cantonese Crispy Noodles with Shrimp. The Dan Dan came with the hot pepper warning as well it should. Our server suggested I dig through all the layers to mix it up, a fine suggestion as the dish needed the blend of noodles, minced pork, chili oil, and the spicy bean paste sauce to achieve its complex flavors. The cooling cucumber layer he mentioned was mostly absent, just a sliver or two, but the rest was clearly present, especially the spicy chili oil. If you’re not sure about heat, you might want to look elsewhere on this lengthy menu.

The only dish we found less than inspired was the Cantonese Crispy Noodles, with bok choy, mushrooms, and red pepper. You can order it with chicken, beef, tofu, or for an additional $2.00, shrimp. The dish wasn’t special, perhaps by comparison, because everything else friends and I sampled on two visits was exceptional.

Maybe those Cantonese Crispy Noodles will disappear as Chef Ho told us he pays close attention to the popularity of all the dishes on his menu. If a dish isn’t up to his standards, he will remove it from the menu, or, like Ted Allen says on the TV show “Chopped”: “If your dish doesn’t cut it, you will be chopped.”

However, it’s highly unlikely that Garlic Japanese Eggplant will land on the chopping block. Thank you Chef Ho. You created a memorable dish, a playground of textures and flavors, sweet, salty, and spicy, making a party that danced in my mouth. 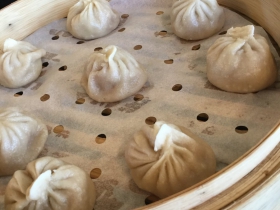 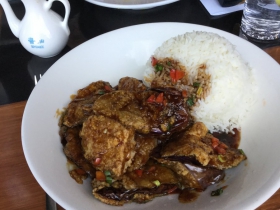 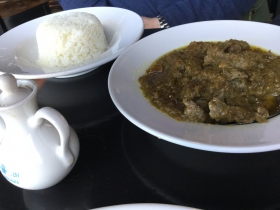 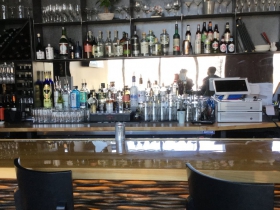 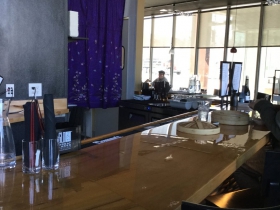 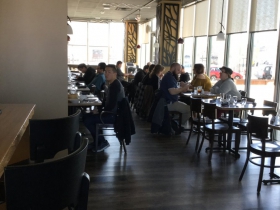