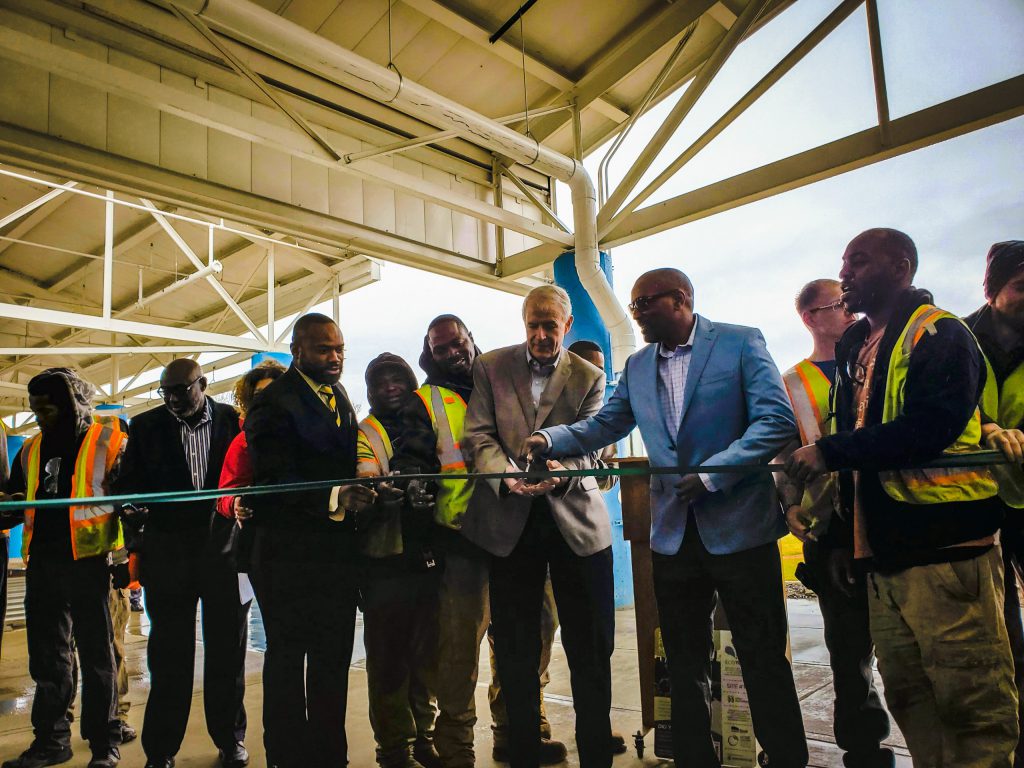 Leaders of the Walnut Way Conservation Corp. and over 19 partners gathered Thursday morning at the Fondy Farmers Market at 2220 W. Fond du Lac Ave. Thursday morning to celebrate the completion of a number of green infrastructure projects in the surrounding Lindsay Heights neighborhood.

“This was a huge project that we all came together for,” said Walnut Way director Antonio Butts at the ribbon-cutting ceremony.

The projects, which include four solar arrays, multiple bioswales and a host of other environmentally-sustainable improvements, are part of an effort to brand the neighborhood as an environmentally-friendly place and draw eco-tourism. It’s also about jobs and economic development said Butts.

Case in point: Lindsay Points resident Henry Hopkins. “I was one of the gentleman bringing down the neighborhood, selling drugs,” said Hopkins. Much of the neighborhood sits within the 53206 zip code, which has the highest incarceration rate in the state.

“Right now, I’m real proud of myself,” said Hopkins to applause. He’s been promoted to the job of construction lead with Walnut Way affiliate and 2019 MANDI winner Blue Skies Landscaping.

Hopkins credits the Milwaukee JobsWork program for getting him on the right track and his Blue Skies coworkers for furthering his development. The enterprise started as a landscaping contractor, but has grown its offerings to include installing and maintaining green infrastructure.

“This is what it’s all about.  How can we create jobs that support families?” said Mayor Tom Barrett about Hopkins’ story.

And while Walnut Way and the city are key players in working to revitalize Lindsay Heights, the wave of green infrastructure installation was buoyed by a $150,000 grant from the Vermont-based Institute for Sustainable Communities.

And the mayor isn’t the only city official supporting the effort. “I’m happy to be the alderman that was born and raised in this neighborhood,” said Alderman Russell W. Stamper, II.

The solar panels are used to lower energy bills for Walnut Way and others that now have the panels on their buildings. And the bioswales, including an 83,000 gallon one at the Fondy Farmer’s Market, divert rainwater from the system, taking what was waste water and making it a resource.

The installations represent the second phase of a plan that started with building Fondy Park on what was a garbage-strewn lot. The city’s Environmental Collaboration Office (ECO) has worked closely with Walnut Way on the effort. As part of the effort, ECO certified Lindsay Heights as the city’s first eco-neighborhood.

Sarita Turner, director of inclusive communities for the Institute for Sustainable Communities, praised Milwaukee’s efforts at the ceremony. “The work is really about people like Henry,” said Turner. “We are still suffering the impact of redlining in communities of color.”

“We plan on coming back,” said Turner. But she had a message of warning for Milwaukee. “You don’t want to become Oakland.” The Oakland-native said that city has seen displacement, and Milwaukee should be deliberate in its actions to improve the neighborhood, but mindful of the current residents.

“We want new community members, people are welcome to live here,” said Turner. But she said the city must find a way to accommodate those that have lived in Lindsay Heights through good times and bad. “Otherwise they’re just going to be pushed to the next desolate place,” she said.

Turner’s speech wasn’t all a word of caution. Referencing her Oakland ties, she teased: “You might have heard of a team called the [Golden State] Warriors.” But her good-hearted gloating about the defending NBA champions was short lived. “Second best team in the NBA,” responded the mayor almost immediately. The first-place Milwaukee Bucks could meet the Warriors in the NBA championship.

The Lindsay Heights area, which Barrett noted has won 19 MANDI awards in the last 20 years, is starting to see a wave of larger investments. But much of the investment is either city-financed or targeted at creating affordable places to live or work. Developer Juli Kaufmann and Blue Skies’ Jeremy Davis converted the long-vacant Wally Schmidt tavern into a home for The Tandem restaurant with small offices above. The Legacy Lofts apartment complex, with a number of affordable units, was recently completed on W. North Ave. And now developer Kalan Haywood is proposing to build the Ikon Hotel across the street from the Fondy Farmer’s Market with city financial support.

Want to go on a tour? The best place to start is at N. 17th St. and W. North Ave. Signage marks each of the projects, including those not funded by the grant. 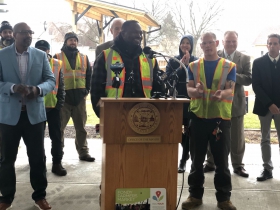 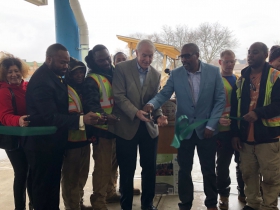 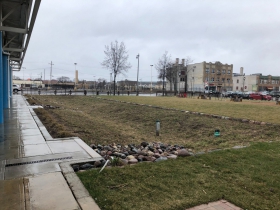 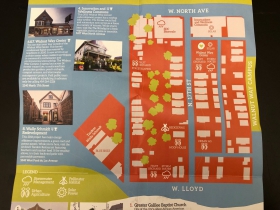 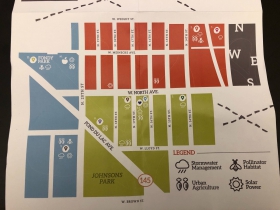 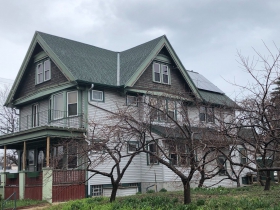